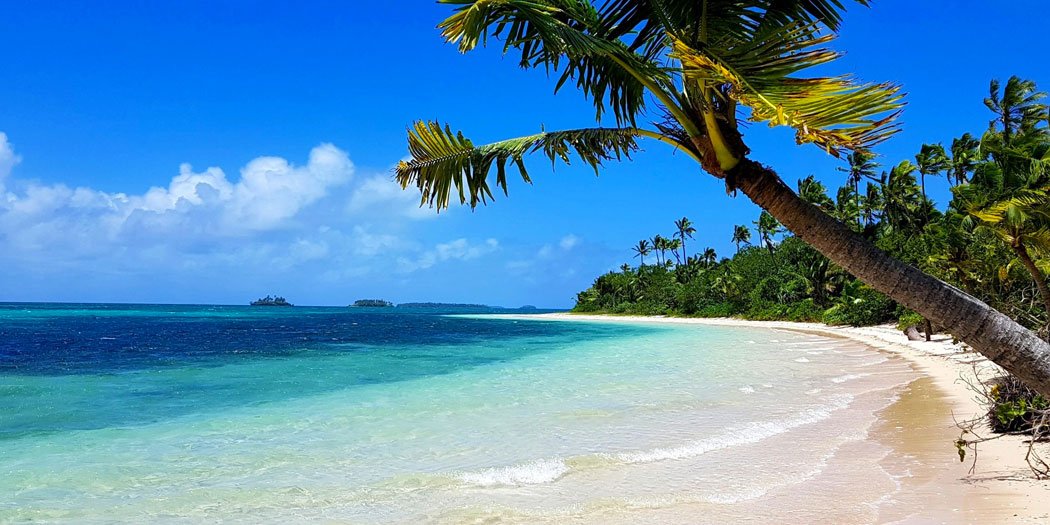 A Trip To Tiny Tonga

Country #93. Tonga is a tiny, beautiful, and unique island in the South Pacific. I spent a week lazing around on its pristine white beaches. I adjusted to a pace of life so slow I felt I was actually going backwards. I talked to locals about rugby. By which I mean to say I claimed to be a professional rugby player. Its population is just 100,000, a tad larger than Wembley Stadium in London. And yet, the country still has its own Royal Family. 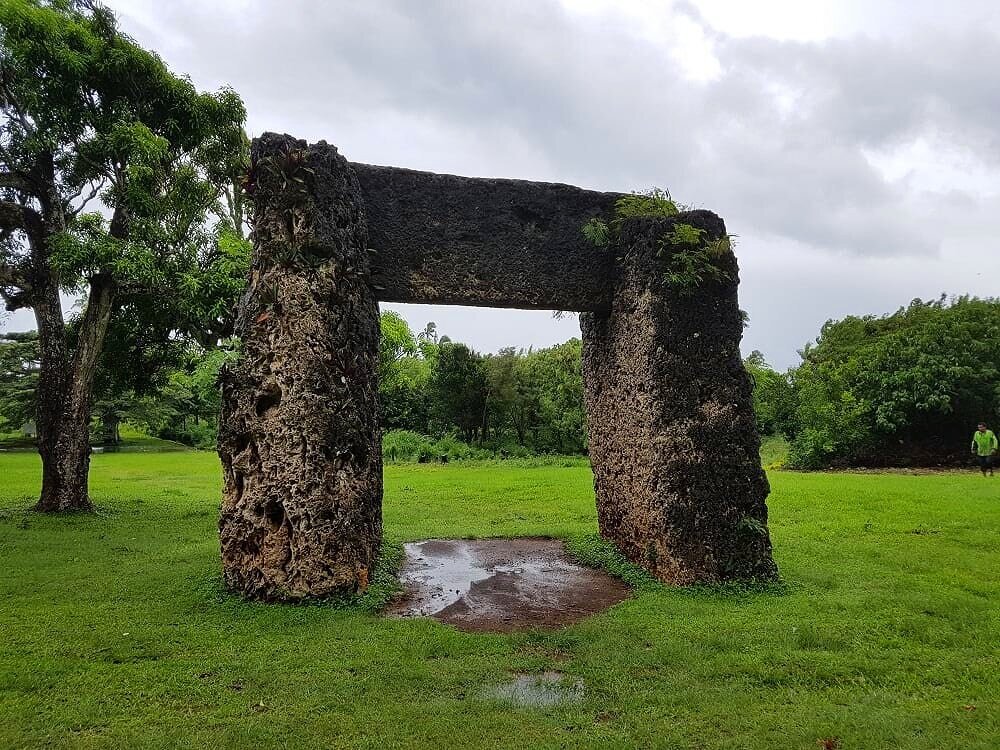 Haʻamonga ʻa Maui, which is estimated to be almost a thousand years old.

They permeate every aspect of daily life, are seemingly worshipped by most Tongans, and still play a central role in governing the country. Tonga also has the spurious honour of being the fattest country in the world. This does not preclude the royals. King Taufa’ahau Tupou IV weighed in at a cool 209kg (33 stone) in 1976. This allowed him to enter the Guinness World Records for being the fattest ruling monarch in the world, an accolade no less impressive than most of the drivel contained in those books. 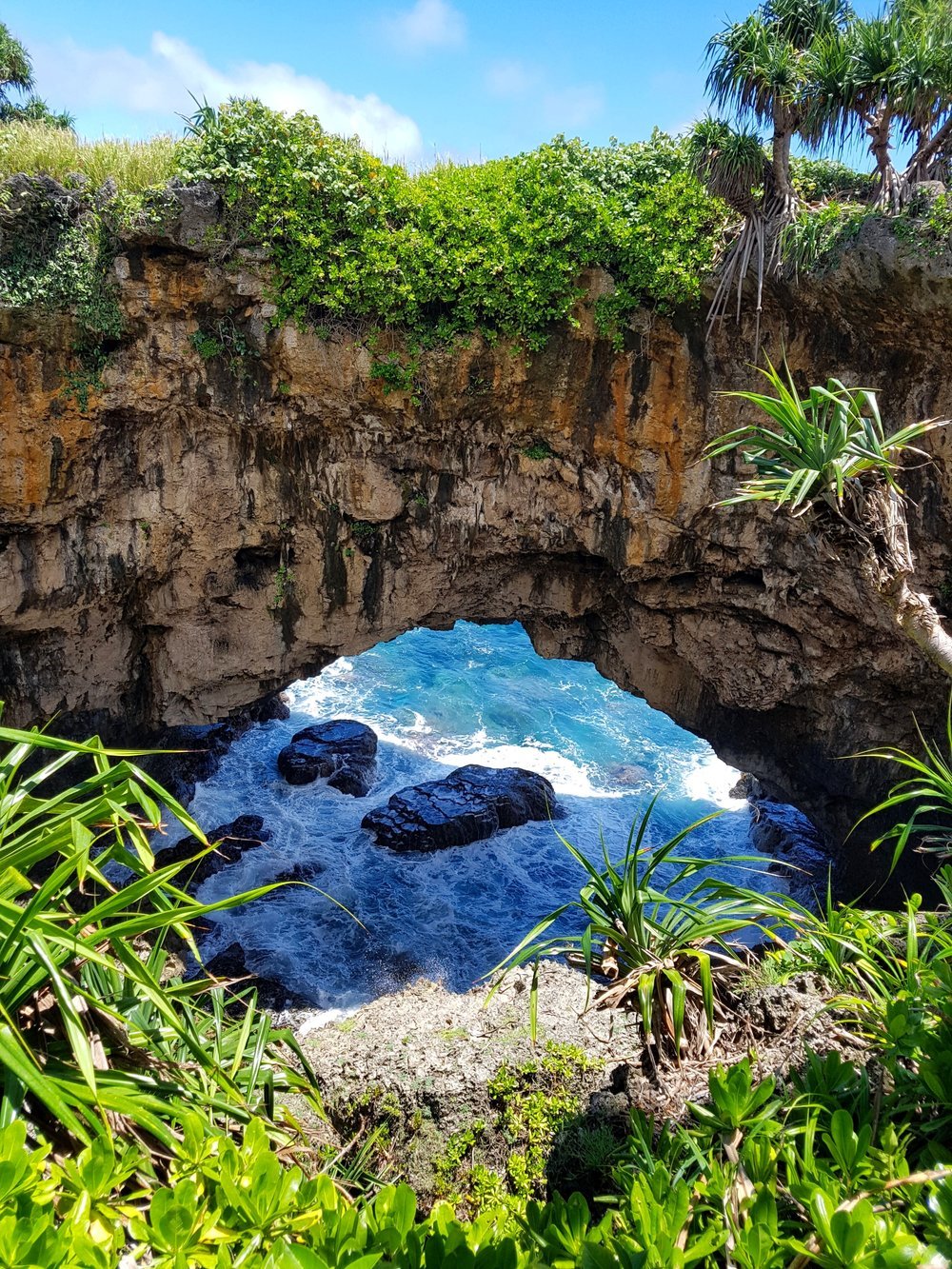 Tonga is less economically developed than Fiji or Samoa, which were the next destinations on my Pacific Islands jaunt. My tour guide told me that most of the land in Tonga was partitioned among the population over a century ago. Since then, it has been illegal to sell your land here, which must remain in the same family. As a result, large resorts, tourists, and holiday homes do not really exist here. My guide (allegedly called ‘Colin’) cheerily added that the land only gets passed down to the men of each generation. When I challenged him on the fairness of this, he thought I was making a joke and literally laughed in my face. So I was probably fighting a losing battle.

The Friendly Islands (For Men)

I was about to talk about the fact that Tongans are among the friendliest people in the world. But the just-described legislative sexism does undermine this argument a tad. I’ll rephrase: most Tongans did seem to smile a lot at me (perhaps due to the fact that I am a man). Indeed, the islands are nicknamed the ‘Friendly Islands’. When discovered by Captain James Cook (a sailor chap who mapped most of the Pacific Islands) in 1773, local Tongan chiefs cooked him a feast. He had a great time, and used the term the Friendly Islands to describe the country’s people in his journal. 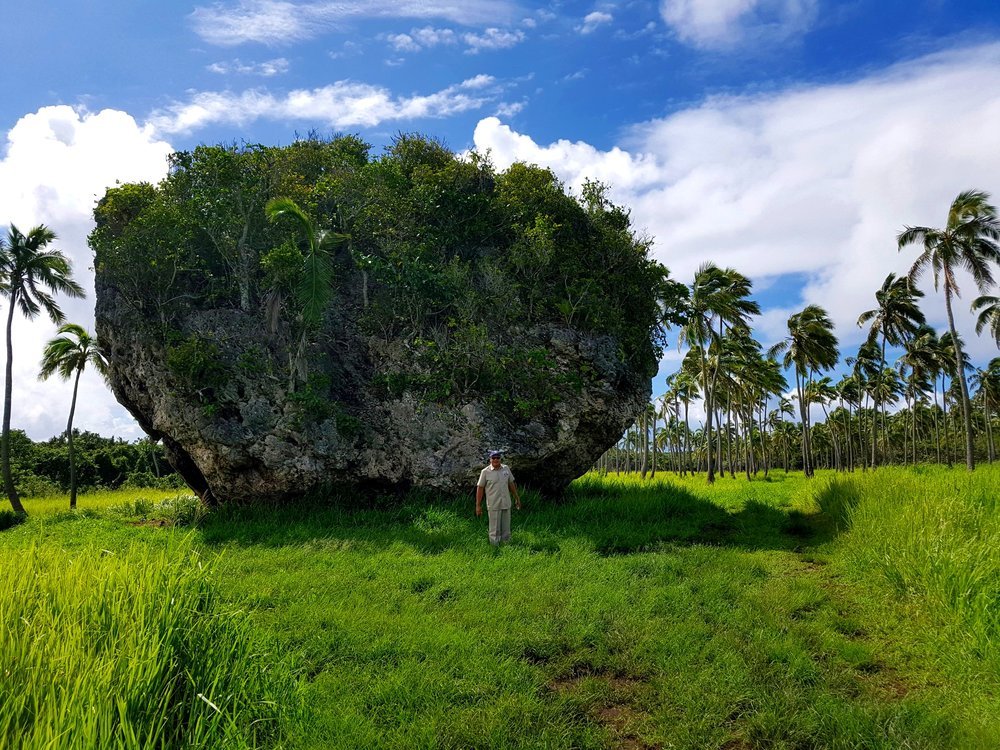 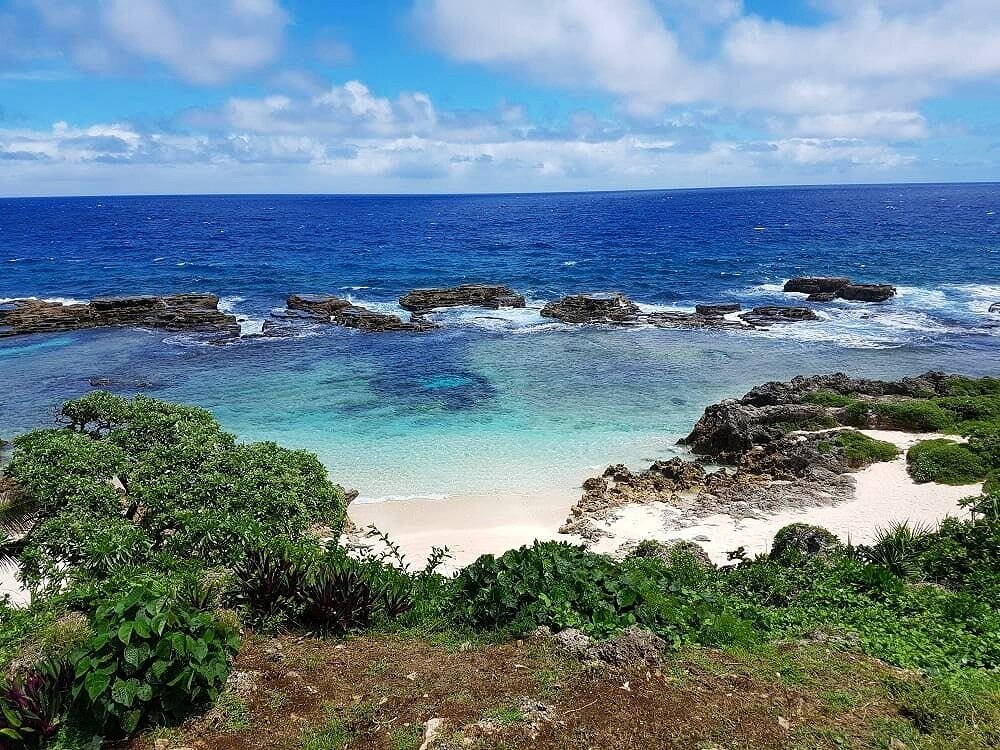 The white beaches and crystal clear waters of Tonga.

Cook didn’t realise that the feast was actually a plan to cook and eat him, which was abandoned at the last moment. And several centuries later, a man sitting at a laptop was frustratingly denied an open goal pun opportunity. Cook was later violently murdered by natives in Hawaii, in circumstances that don’t appear to have been particularly funny. 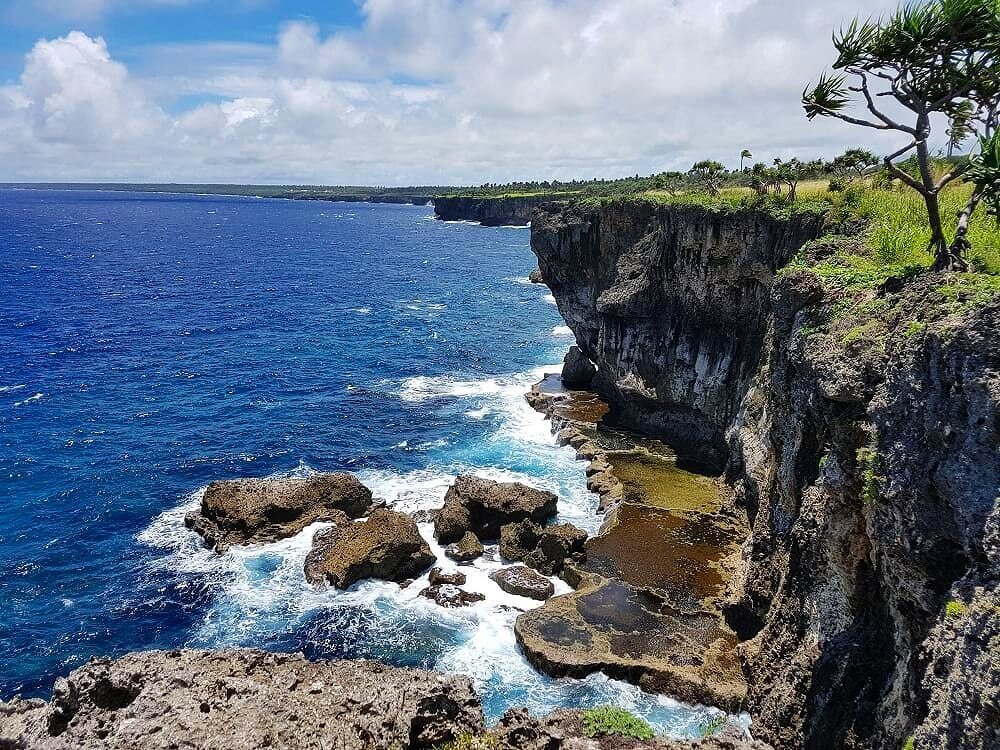 Country #94. Fiji is known as much for its love of rugby and overpriced water (which has a nasty side effect of making those who drink it become even more pretentious than they already are), as it is for its pristine beaches. The islands are covered in lush rainforest and dramatic mountains. It passed my Jurassic Park test, which uses the scenery in the film as a benchmark for any beautiful landscapes worldwide. Incidentally, the film Castaway was filmed in Fiji in 1998. The island where it was filmed has been colloquially referred to as ‘Tom Hanks Island’ for so long that it’s now displayed as such on many maps. There is a movement to change its name officially (I also don’t know what this geographical point of interest is really called). 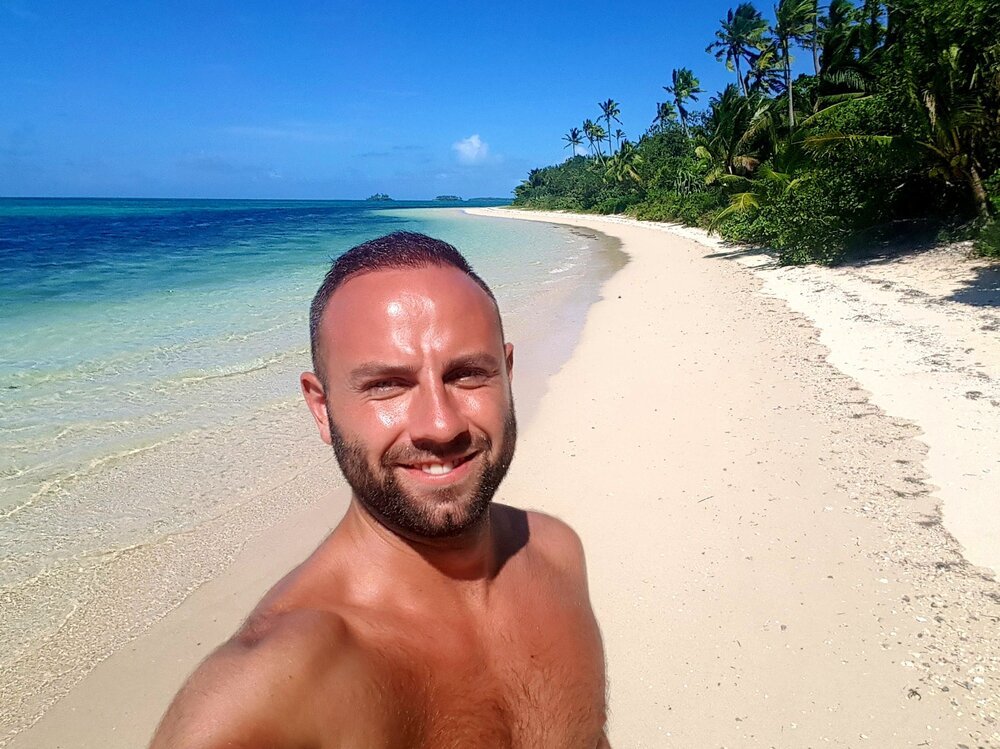 My first thought when arriving on this impeccable Tongan beach was that it reminded me of a computer screensaver. What a depressing comparison that came into my head. We live in a tech-obsessed world (I moan, while writing these words on a laptop travelling at 600mph in the sky).

I stayed on my own paradise island. ‘Mike Richards Island’ as it will perhaps be called one day. I stayed at one of the best hostels I’ve stayed in. Manta Ray Hostel owns a desert island, so you have the complete run of the place. Snorkelling with five-metre manta rays was truly exhilarating. Also, white sand beaches, turquoise water, and spearfishing for your dinner are all things I would have appreciated had it not rained constantly for most of my stay. Probably my fault for coming in wet season. But, as all our little brains do at some stage, we complain that impossibly complex meteorological weather patterns don’t fit our plans. “But I’m only here for a few days, it can’t possibly rain!” Literally billions of things can happen in the world, and your brain has very little impact on what will happen in any of it. And particularly on the weather. 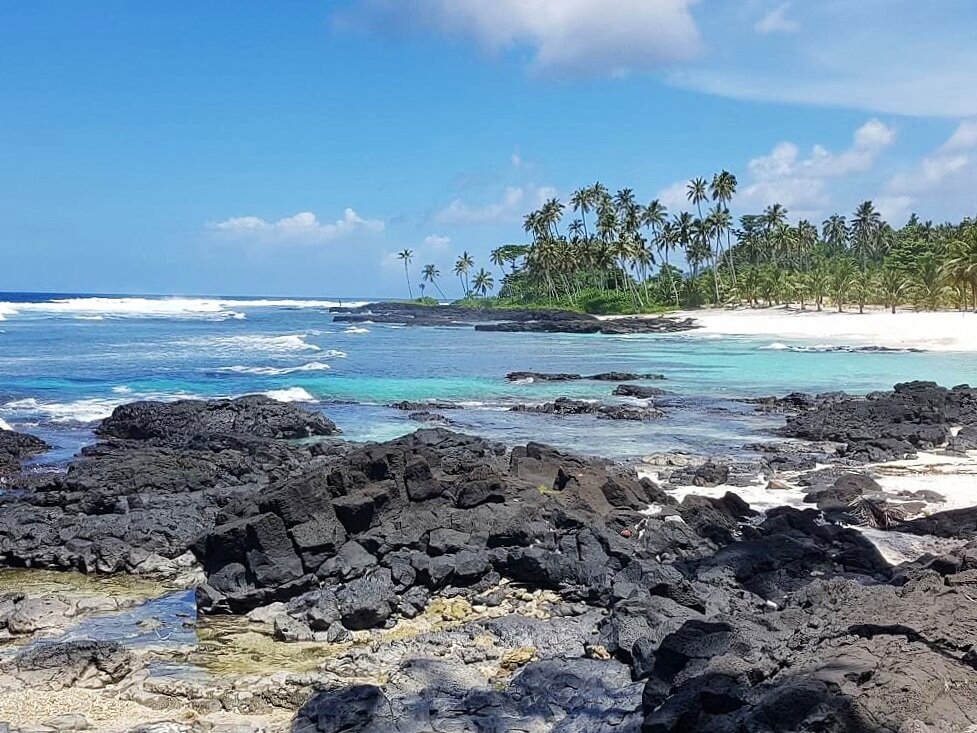 The 1953 film Return To Paradise was filmed on this beach in Samoa.

Country #95. Samoa is absolutely stunning. Interestingly, half of the country (American Samoa) is run by – but is not part of – the US. Confusing. And in 2009, Samoa audaciously switched from driving on the right to the left overnight, to make it easier to import secondhand Aussie and Kiwi cars. Given that people barely look at the road when they drive here, it would have been extremely interesting to be on the roads the day after the switch. 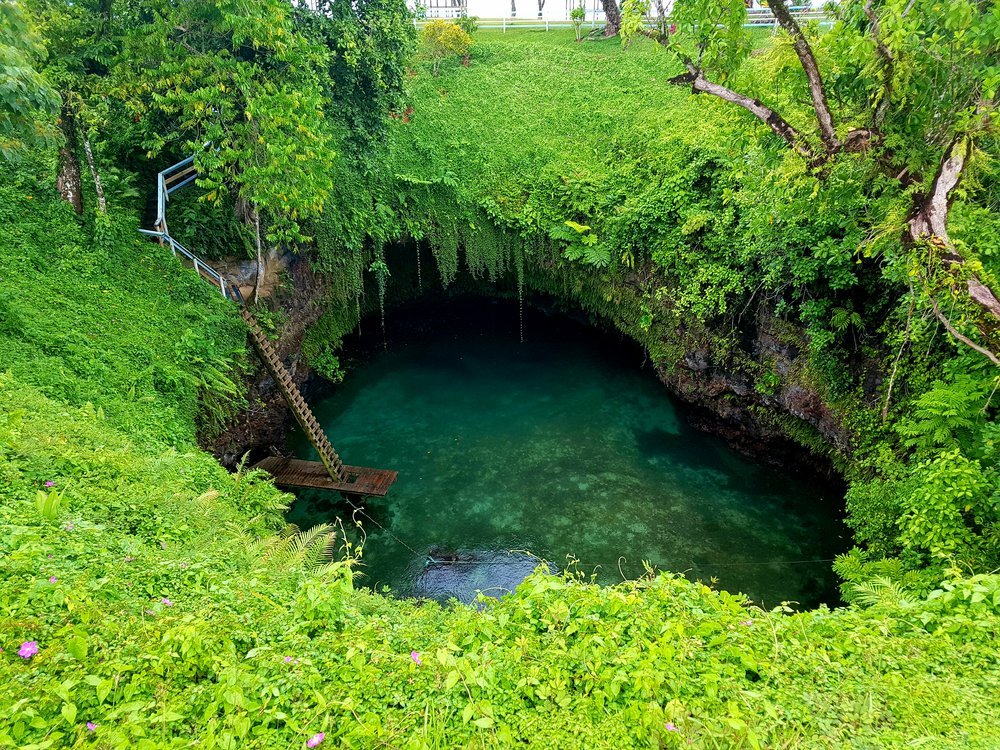 I took a beautiful road trip around the island one day. Highlights included meandering through the island’s lazy villages, being able to swim in a large sinkhole, and not falling off the incredibly dangerous ladder that led down to it. My tour guide also gave me an insight into the Samoan way of life. Most Samoans are very religious, get married young, and prioritise leading a relaxed life. My driver, however, bucked the trend. He was a single 35-year-old man, and an ex-rugby player for the Samoan national team. National team players only get paid US$130 (£100) per match in some cases, so it’s little wonder most of their players leave young and end up playing for England, Australia, or New Zealand instead. 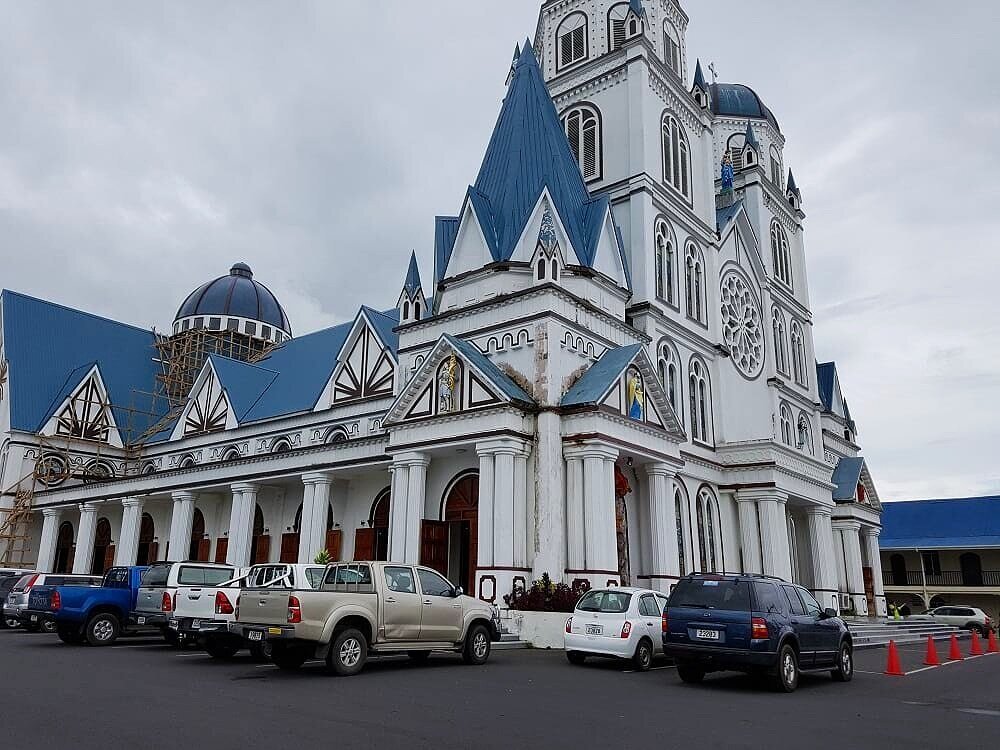 A Catholic church in Apia, Samoa.

I stayed at a hotel that was sadly decimated by a tsunami in 2009. Although unnerving, tsunami evacuation signs placed strategically around the hotel reassured me. That said, on closer inspection, they did not fill me entirely with confidence: “If you can see the wave, then it’s too late!” was one helpful nugget of wisdom. Other signs told us to meet in the tsunami “safe place”. Much better. Or so I thought. The safe meeting place was the hotel lobby, the only one-storey building in the hotel, situated a few metres from the beach. For everyone’s sake let’s hope warning systems improve before another one hits. 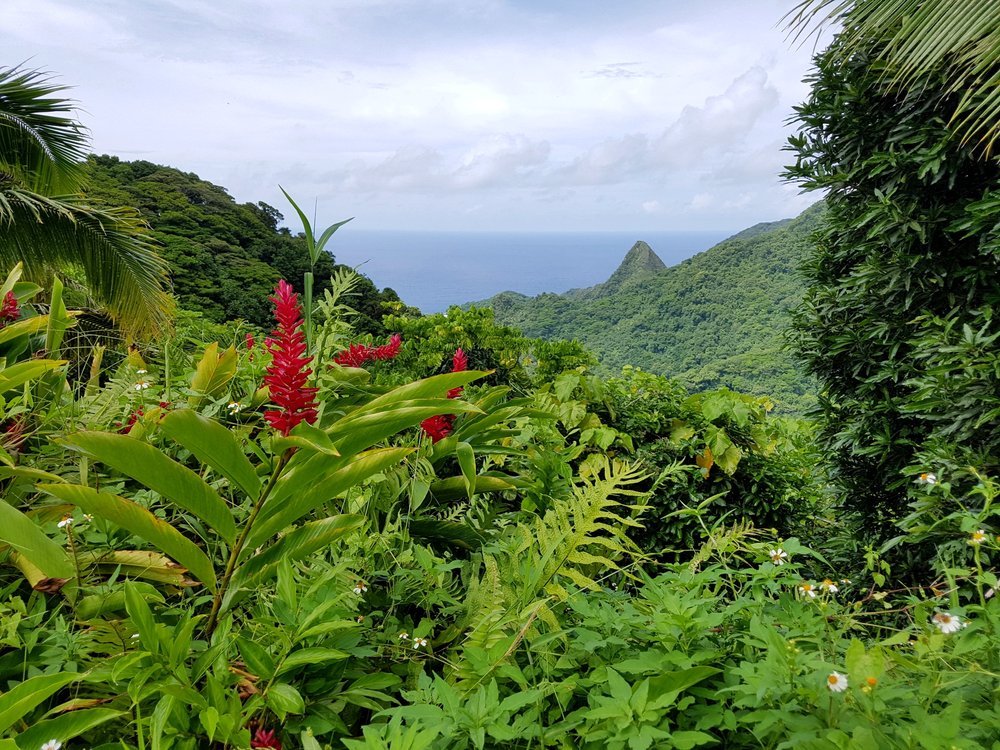 God bless America. In a way.

Just a 20-minute flight away is American Samoa. It is a different country due to the legacy of US occupation of the island during both world wars. It’s a sort of worst of both worlds arrangement. American Samoans have no right to US citizenship. At the same time, the tiny country is blighted by fast food restaurants and battered old American SUVs. They drive on the right here still. It has lost part of neighbouring Samoa’s unique Pacific Islands charm. Outside the dusty capital, Pago Pago (great name, average town), the tiny island is stunning. The island is made up of a collection of jagged mountains and cliffs, covered in lush rainforests that plunge down into turquoise waters and white sand beaches below. The country is so small that a half-day trip is enough to cover the length of it. 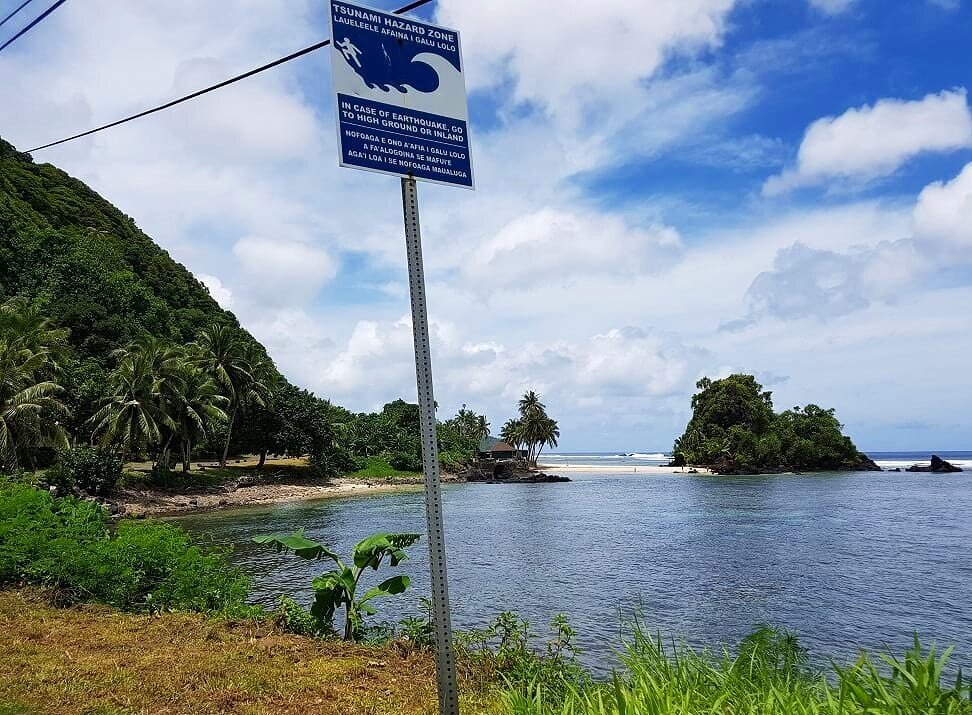 The most interesting thing that happened during my time here, however, was on the short propeller flight to the island from Samoa. I appeared to tear the very fabric of spacetime. I took off on Wednesday at 8.00am and landed on Tuesday at 8.30am. A minor existential crisis ensued as I realised I had (finally) mastered time travel. To be fair, a Samoan man on the plane actually didn’t know what the International Date Line was, unlike me who just feigned ignorance for comedic effect in this article. So I was quite happy to act gobsmacked when I turned my phone on to show him we had somehow gained a day upon landing. 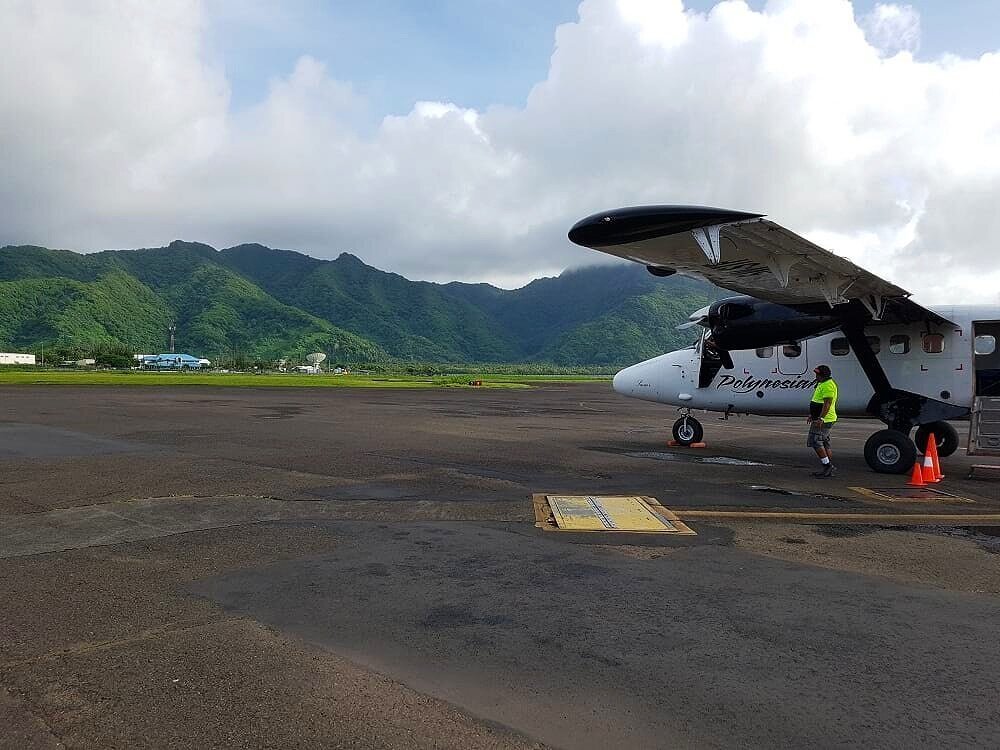 Pago Pago Airport was constructed by the US during WWII.

We collect cookies and anonymous data via Google Analytics. Accept to continue or switch to private browsing to use this site without data being collected.
Read our Privacy and Cookies Policy for more info. Accept