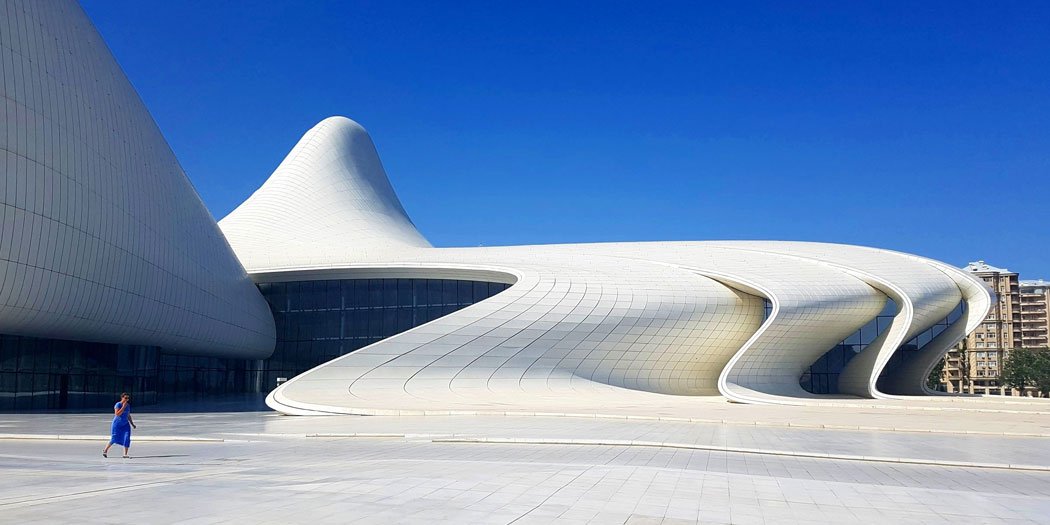 Azerbaijan – Baku To The Future

Country #106. I boarded a pressurised aluminium cylinder, spent a few hours in the lower stratosphere, and arrived shortly afterwards in the so-called ‘Land of Fire’. So-called by the Azerbaijani government, and by almost no one else. To this day, I literally have no idea why Azerbaijan has coined the term. 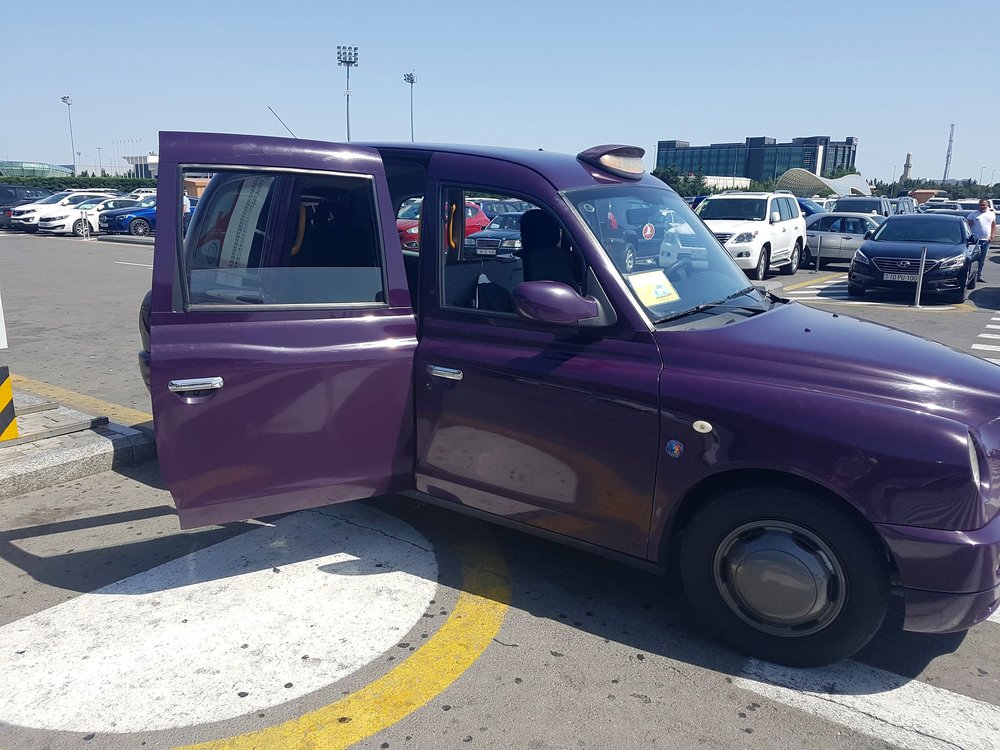 Weirdly, most of the cabs in Baku are London black taxis.

Apart from the fact that Azerbaijan is hot, and this could in theory cause fires, I didn’t quite understand the country’s romantic catchphrase. But as I would see over the next few days, the nation is trying to promote a new image for itself on the global stage. 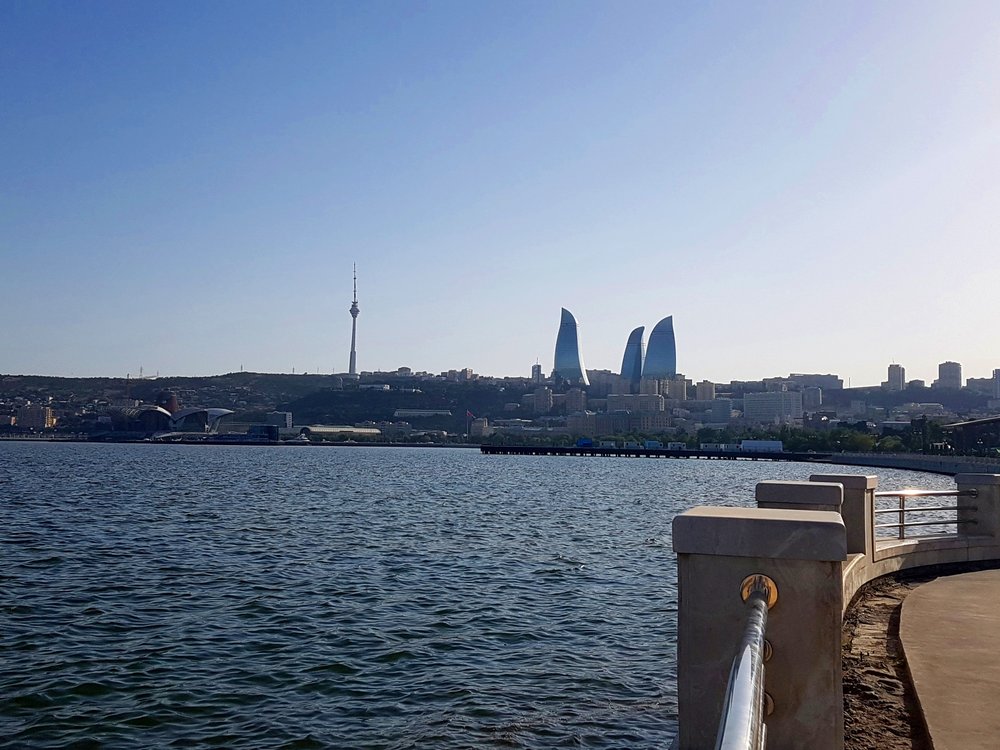 The skyline of Baku, Azerbaijan.

Azerbaijan’s impact on global affairs has been muted since the modern day republic was founded upon the collapse of the USSR in 1991. Its most famous historical achievement to date has probably been winning the Eurovision Song Contest in 2011, with a great ballad, to be fair. It is fitting that in the glittering capital, Baku, there is a street and stadiums named in honour of this victory. Given Britain’s deserved lack of popularity in Europe at the moment, I would hope we would do the same in the unlikely event that we ever win the competition again. 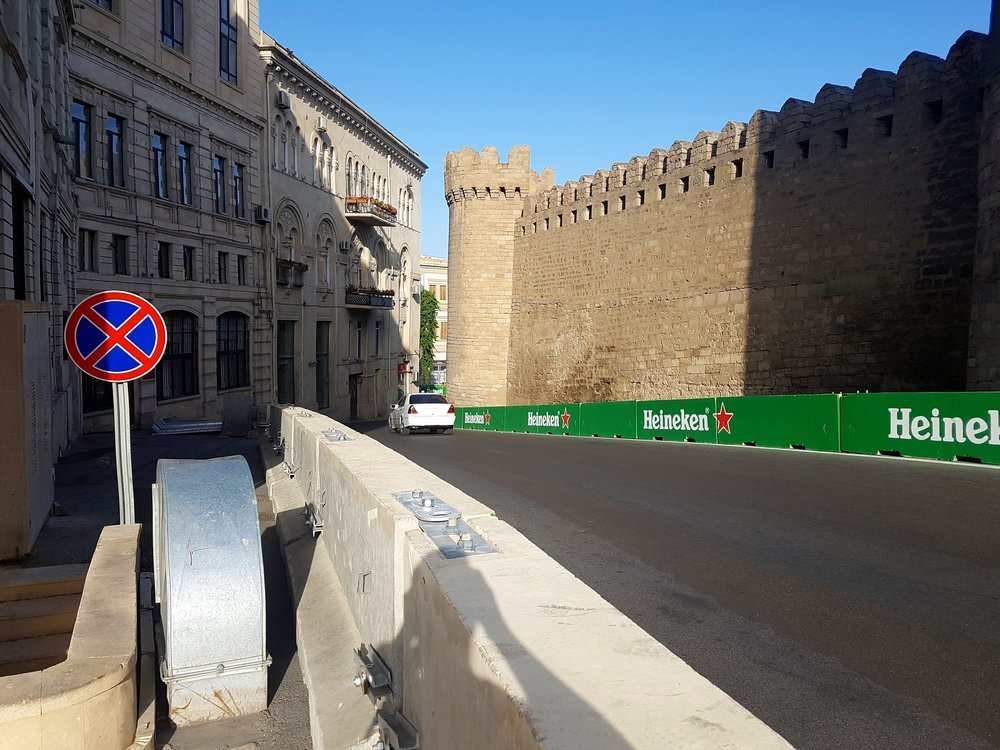 You would think that humans driving around the narrow streets of Baku at speeds of over 200kph would make a fantastic TV spectacle. But Formula One rarely is.

Even more recently, Azerbaijan has become as famous for hosting fun-filled events such as the Formula One and the 2015 European Games, as it has for allegations of endemic bribery, corruption, and the unjust detention of journalists. Unsurprisingly, these factors are all linked. The 2015 European Games were quite spectacularly unsuccessful. If recalled, by anyone, they will be mainly memorable for not being in Europe and for being boycotted by most major athletes. 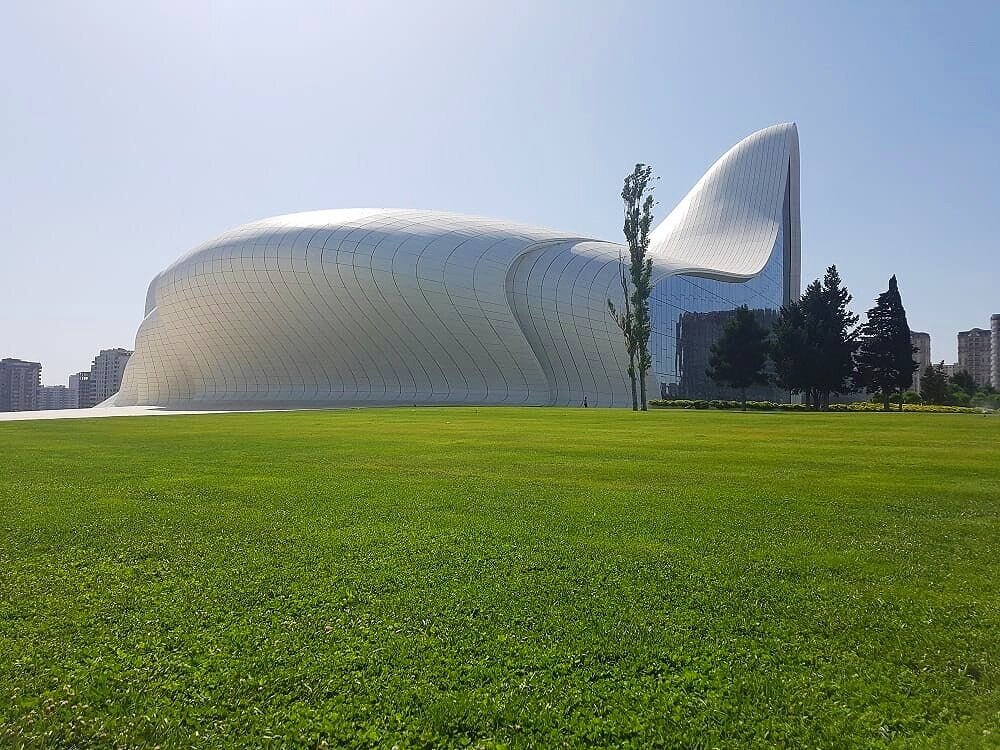 Despite these underlying concerns, I tried to keep an open mind. I found Baku extremely interesting. The upside to autocracy is spending money on impossible-to-justify vanity projects, instead of public services. This means Baku is currently doing its best to become the Dubai of the Caucuses, attracting tourists to offset dwindling oil revenues. They are doing their utmost to build the biggest and the best of various things. And to be fair they are succeeding in some respects. 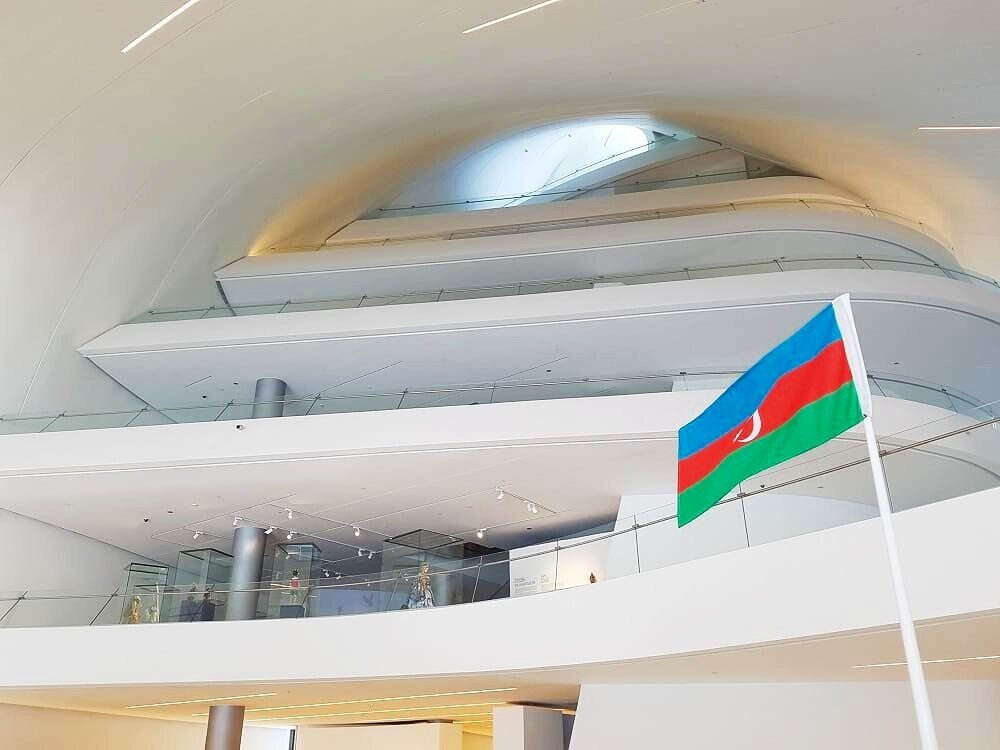 The Azerbaijan flag, set against the space-age and largely empty interior of the Heydar Aliyev Cultural Centre. 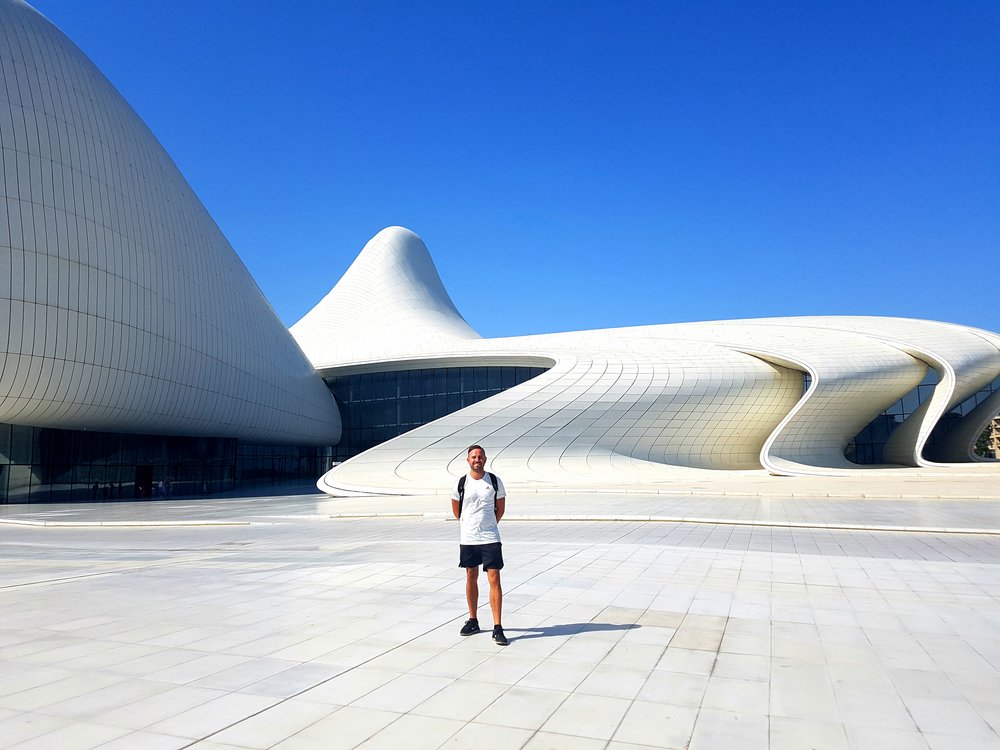 The Heydar Aliyev Cultural Centre is the best modern building in the world. My shorts are shorter than I thought.

The picture above is of a human man (me) and the Heydar Aliyev Cultural Centre. The late Zaha Hadid, my favourite architect, designed it. The fact I just used ‘favourite’ is a clever tool to imply that I know other architects, and am therefore a ‘cultured’ person. She designed the Aquatics Centre for the London 2012 Olympics. Not many of her buildings are in any way financially viable, due to their wavelike structures being prohibitively expensive to build. But in autocratic despotic regimes, cost is no issue. Hooray! 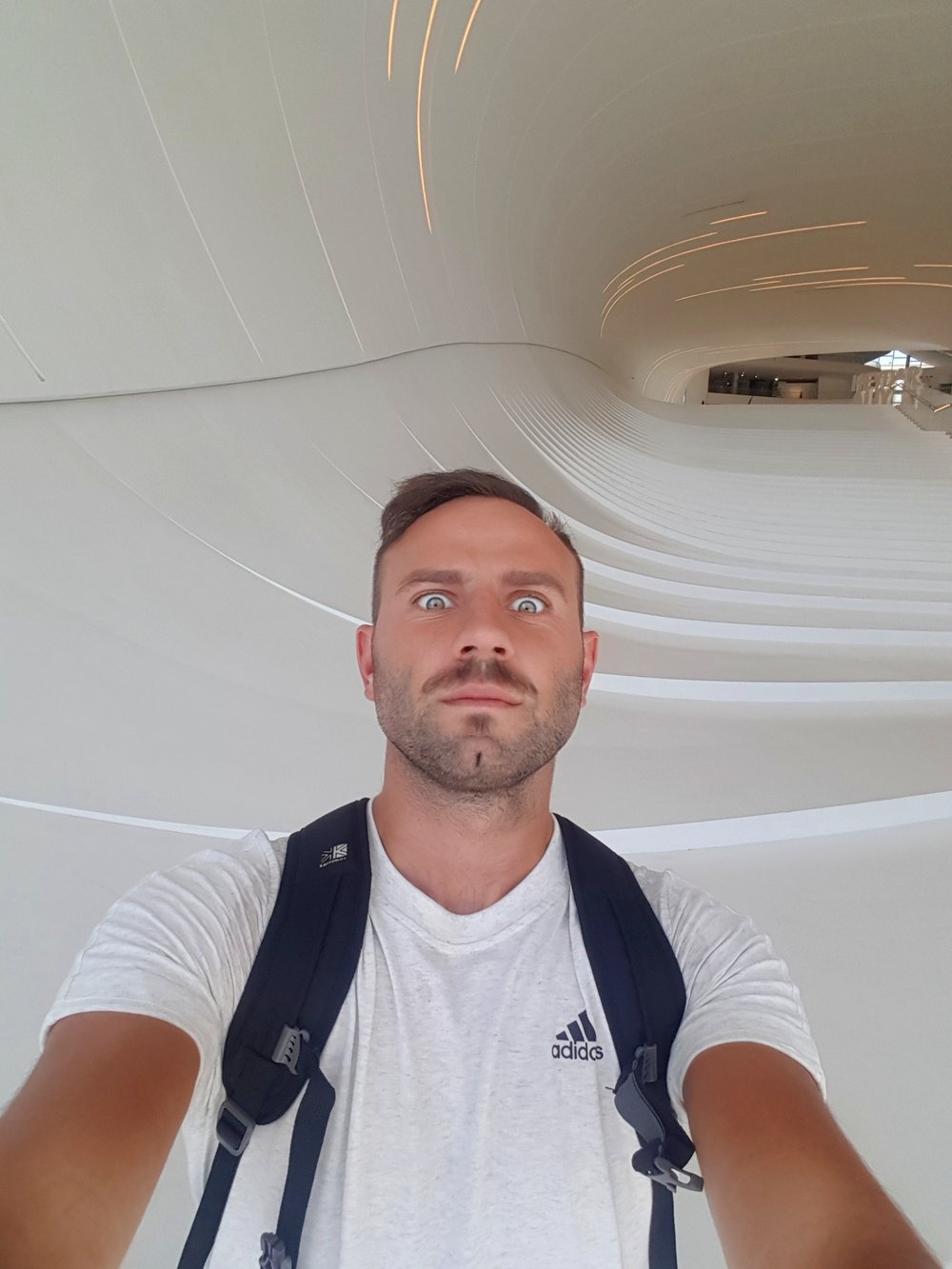 In the middle of the spaceship. My moustache is intentional. My bum chin is not.

The building is stupendous. The best modern building in the world perhaps. From the outside, it’s like a melting, free-flowing cloud. From the inside, you feel like you have been transported 100 years into the future. Every fitting and fixture contributes to the seamless structure of the building. It is genuinely magnificent. On several occasions, I actually chuckled out loud, in awe of what I was seeing. I then remembered that being fascinated by architecture rarely makes you cool. Making involuntary noises at inanimate buildings… possibly insane.

There is one, fairly large, problem with the centre. Azerbaijan is not even 30 years old and doesn’t have much in the way of cultural artefacts. Any that existed in the past were most likely destroyed under Soviet rule. As a result, the museum is almost completely empty. Save for a ‘classic’ car exhibition. This was comprised of three of ex-president’s Heydar Aliyev’s old Mercedes. The use of the world ‘classic’ was also pretty generous; the oldest car was from the late 1990s. 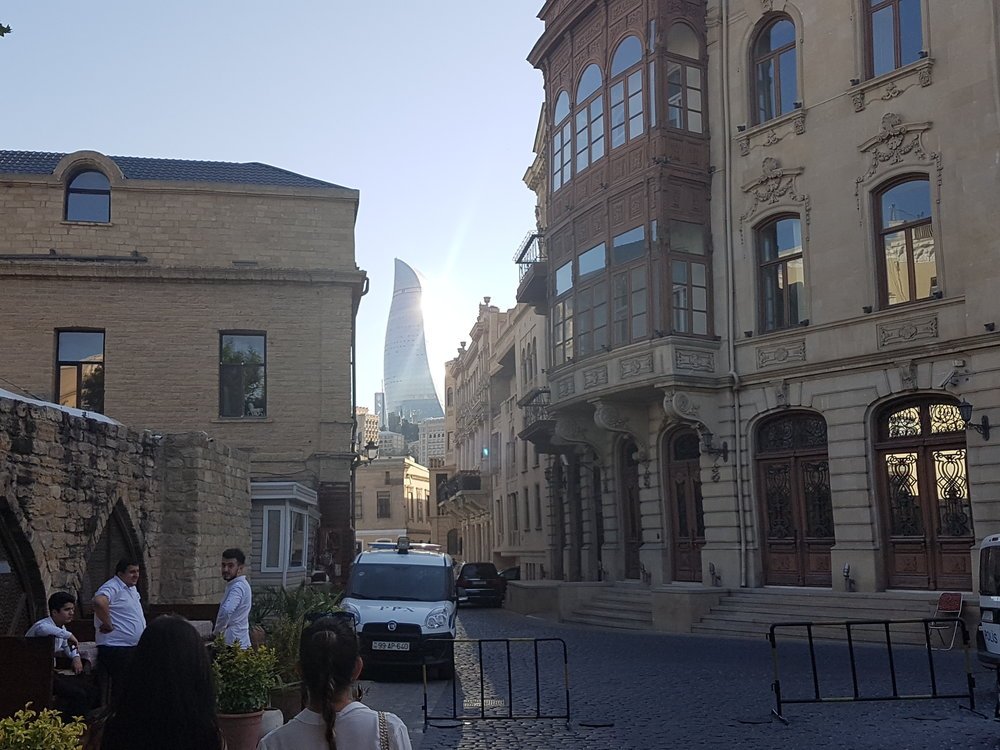 A contrast between old and new in Baku’s old town. The large building looks like a flame, in honour of the country’s vacuous ‘land of fire’ marketing tagline. They look nice though.

The rest of Baku is a strange mix of old and new. The old town is genuinely charming. You can spend hours strolling through the meandering alleyways, flanked by crumbling relics from the city’s past. Glittering new skyscrapers tower over shady courtyards. The rest of the city centre has been rebuilt recently. Attempts to make new developments look centuries old have broadly succeeded, even if the Parisian-style architecture looks slightly out of place at times. It is also very important to note that Azerbaijan has the largest flag in the world. So, I guess that means it must be the greatest country on Earth. More about big flags and presidential short-man syndrome in the next post, on Turkmenistan! 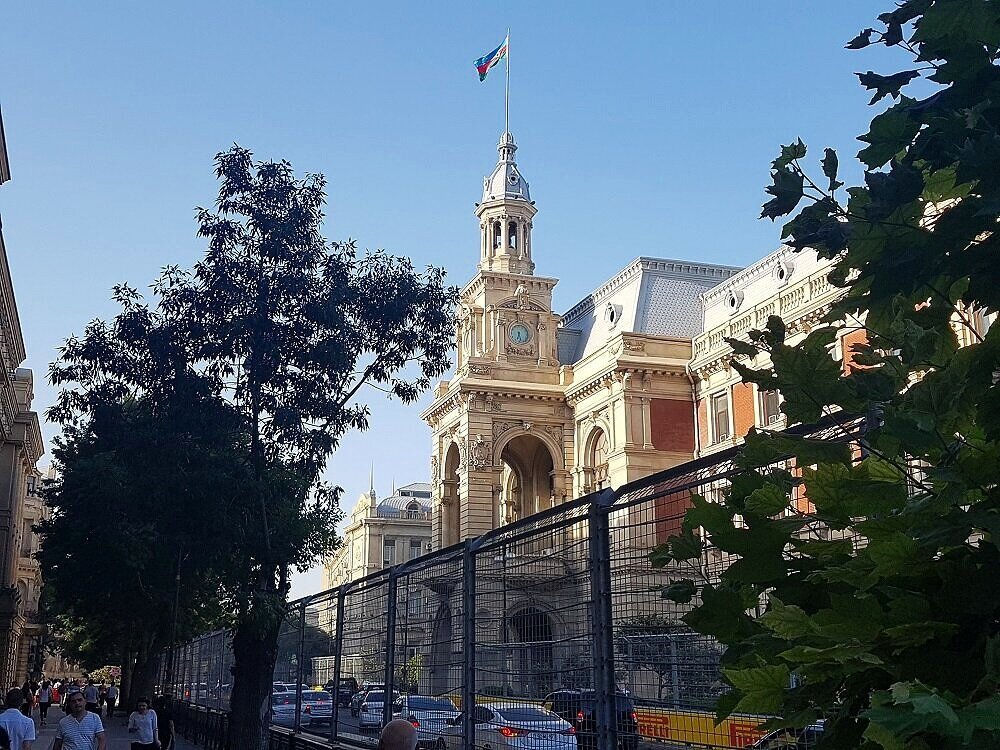 The streets of Baku, Azerbaijan.

Next Post: Turkmenistan – My Personality Cult Is Better Than Yours