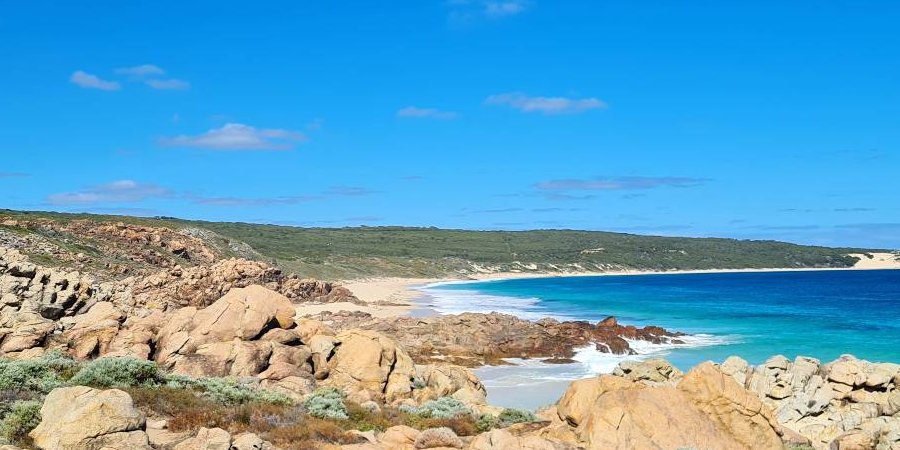 With the threat of nuclear holocaust probably the highest it’s ever been in Europe – the fate of the world depends on the mental state of a deranged despot – touching down in Perth was a welcome relief. Perth is the most isolated city on Earth. The nearest city with a population of over 100,000 is Adelaide, over 1,300 miles away. I flew in from Sydney, gobsmacked that I’d been in the sky for five hours, only to land in the same country. With this in mind, I figured that if Putin were to push the red button, Perth is probably considerably lower down on the list of targets than London. 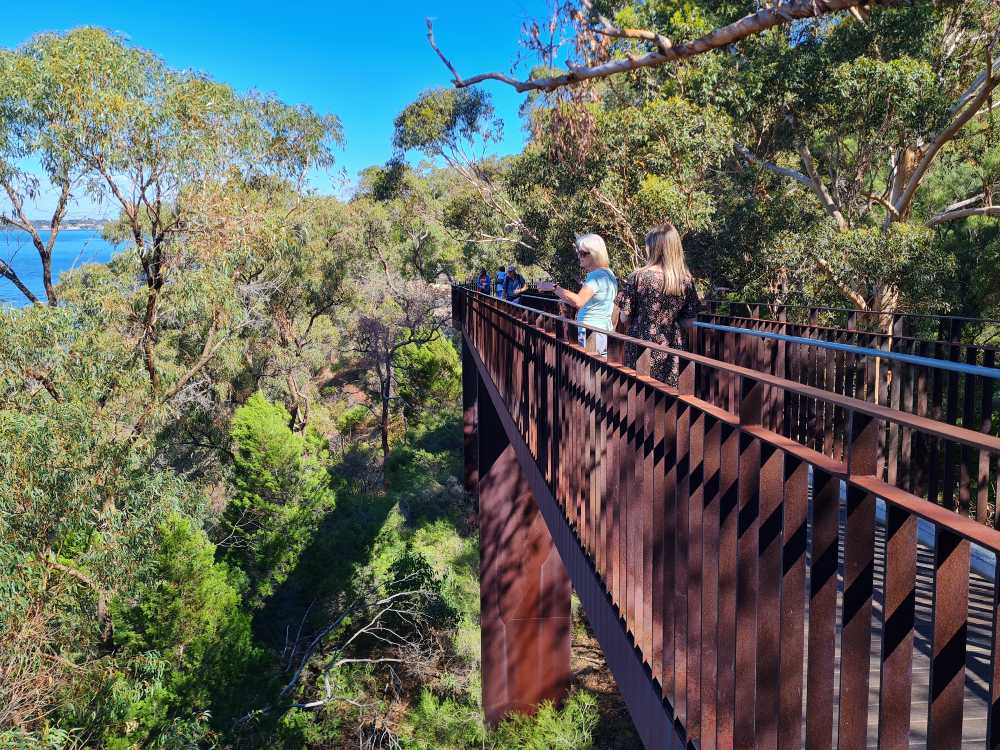 Taking a stroll in the generically-named ‘King’s Park’.

This feeling of isolation is something that’s celebrated in this part of the world. I was visiting Western Australia (WA) to spend a couple of weeks with my partner and her mother, who she hadn’t seen in over two years. WA was largely shut off during the pandemic. Not only from the rest of the world, but from the rest of Australia too. And I got the sense that many people in WA liked this arrangement just fine. Regional premier and wannabee despot himself – Mark McGowan – has built a political career off claiming that WA is shunned by what he terms “Sydneysiders”. He accuses them of being “self-absorbed” and not knowing there’s an Australia outside Sydney Harbour. 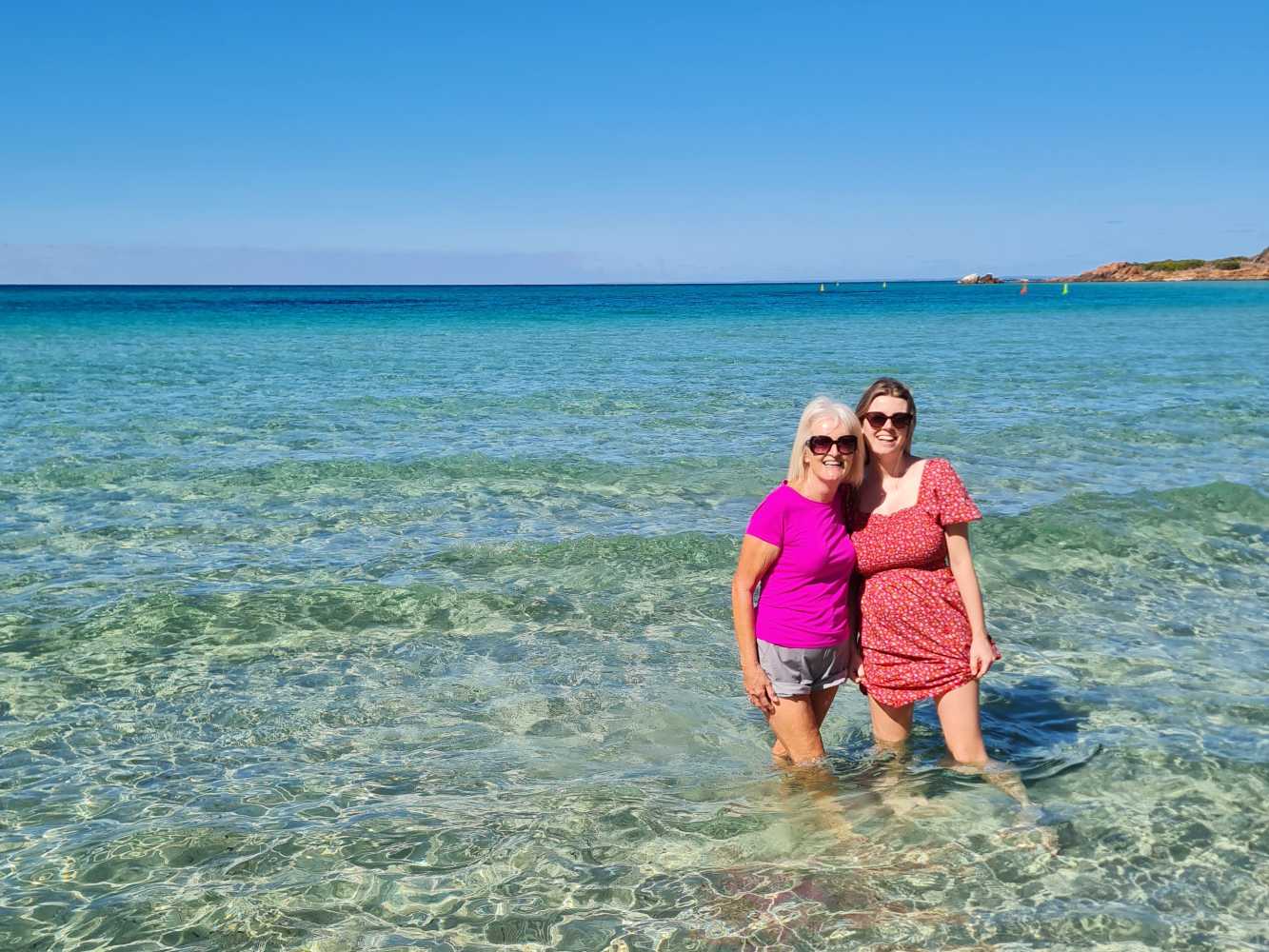 It was the run up to the general election when I visited. One day, the headline of the West Australian newspaper read “The Centre of the Universe”, with a diagram of the solar system, and West Australia in the place of the Sun. Notwithstanding this medieval understanding of cosmology (the sun isn’t the centre of the universe), it kind of highlights how some in this part of the world view global events. If it’s not local, it doesn’t matter. As long as people can go to the beach and have a few beers, nuclear Armageddon could be unfolding elsewhere, and it probably wouldn’t make local news. 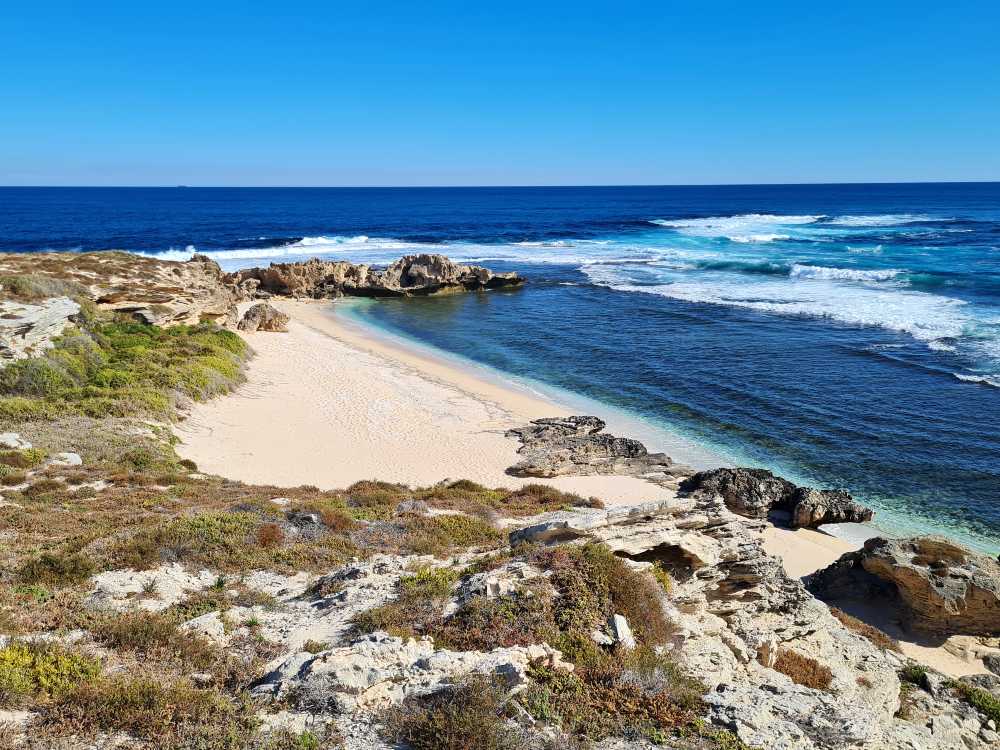 Rottnest Island. The name sounds exotic. But it actually reflects the island being discovered by the Dutch in 1696. Seeing it filled with Quokka’s – cute rat-like little creatures – they named it ‘Rat’s Nest’, or Rottnest. It’s a 20-minute boat ride from Perth to the island.

And the local news in WA is even more amusing than the local news in Sydney, where I lived for six months. While Ukraine was being invaded by Russia, I watched newsreels in WA advising on how children should play with toys without hurting themselves. A segment where the regional police chief congratulated local drivers for “driving safely” over the Easter weekend. And a bit where a weather anchor boastfully compared the perfect weather in Perth to the persistently wet and rainy Sydney (which is true, surprisingly). On this last point, at least, there’s much to celebrate. 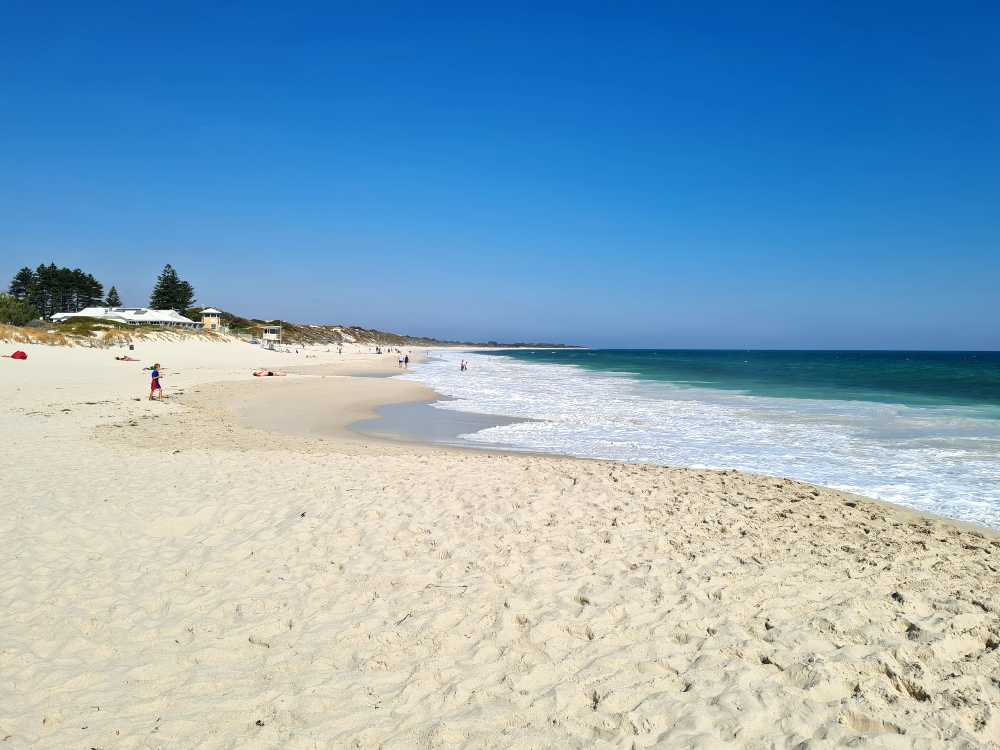 For all of my nit picking in the past four paragraphs, the truth is, I’m jealous. West Australians have it pretty damn good. Most people here enjoy a quality of life far superior to anyone living in Europe. In the two weeks I spent in WA, it was 27 degrees Celsius. Every single day. I’d wake up and expect not to see a cloud in the sky. It’s a nice way to live. And then there are the beaches. In Perth alone, there’s an embarrassment of riches. If the beaches of Mullalloo or Cottesloe were in Europe, they’d probably be the nicest on the continent. And they’d be packed as a result. But less than 3 million people live in WA, which is 10 times the size of the UK (where 68 million people live). So even in Perth, you can stroll onto these incredible beaches with fine white sand and turquoise seas and have barely another soul around to bother you. 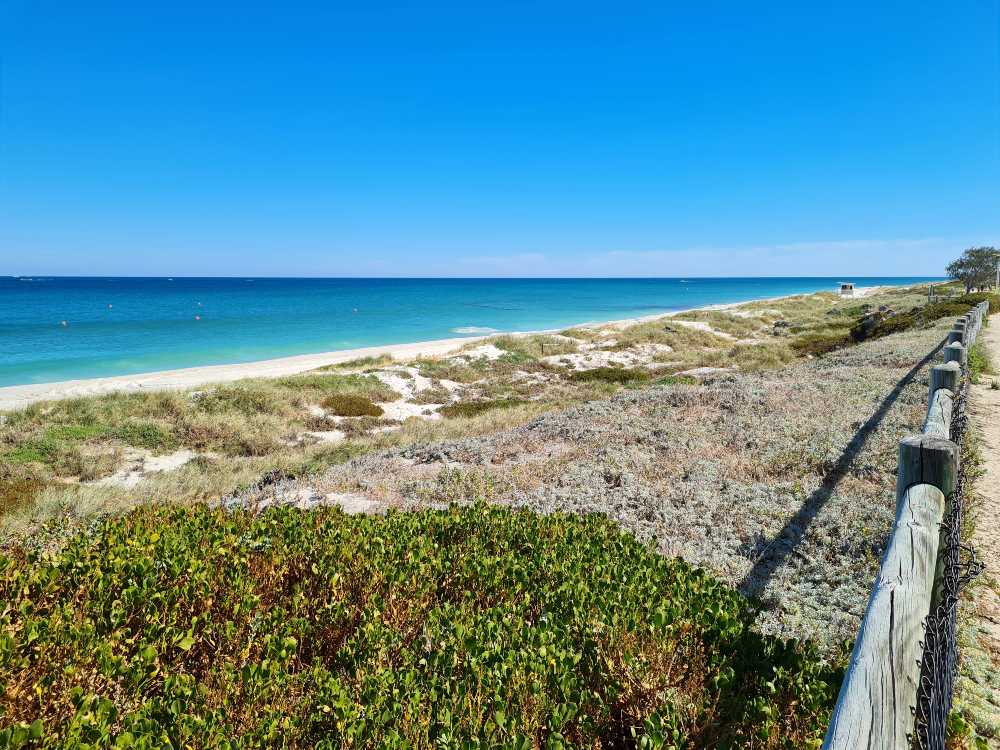 Quinns Rocks beach. The sort of beaches you see everywhere in Perth. Idyllic.

The rest of Perth is perfectly pleasant – if a little too clean-cut around the edges. It’s a very American city. Think Phoenix or Houston, but with everyone driving on the left and watching the Australian Football League (AFL) instead of the National Football League (NFL). Large highways crisscross the sprawling suburbs, with the CBD peppered by a slew of 80s skyscrapers. This perhaps alludes to what much of Australia feels like. If America and Britain were to have a child (and thus not be fictitious entities existing only in the minds of humans), the child would probably be something like Australia. Cities in Australia look strikingly American, with everyone driving SUVs on massive highways. Television shows and sport in particular, have been Americanised to the extreme. The trendy Fremantle suburb in Perth has architecture which wouldn’t’ seem out of place in the Wild West, with people dressing like the hipsters of Portland, Oregon. 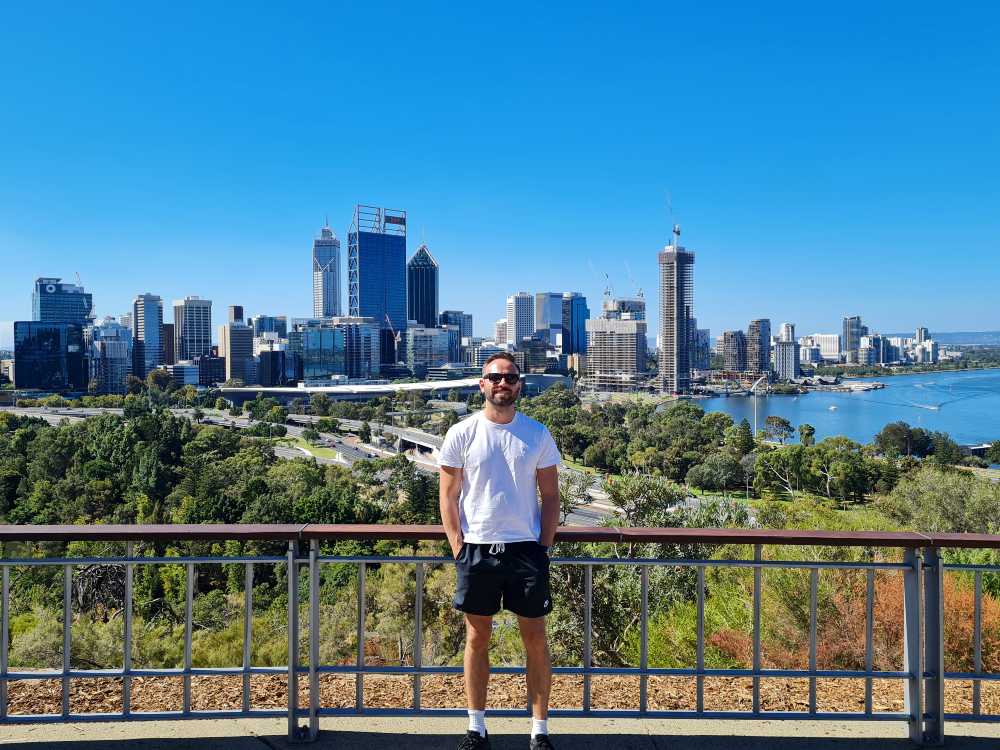 The CBD of Perth. These skyscrapers are filled by mining firms, rather than banks. WA’s economy relies almost solely on exporting commodities to Russia’s best pal, China. Not very sustainable one thinks.

But then, people also like cricket. There are pictures of the Queen on the money. In the beautiful ‘Kings Park’ in the centre of Perth, there are statues of Queen Victoria. You also have ‘Elizabeth Quay’ and ‘St George’s Terrace’, and on the northern tips of Perth, ‘Loch Mcness’. It’s a strange hybrid of Anglo-American culture, which has also spawned elements of culture not seen anywhere else on Earth and which are uniquely Australian: lots of men and boys have mullets here. And from what I could see, the hairstyle was worn in a non-ironic manner 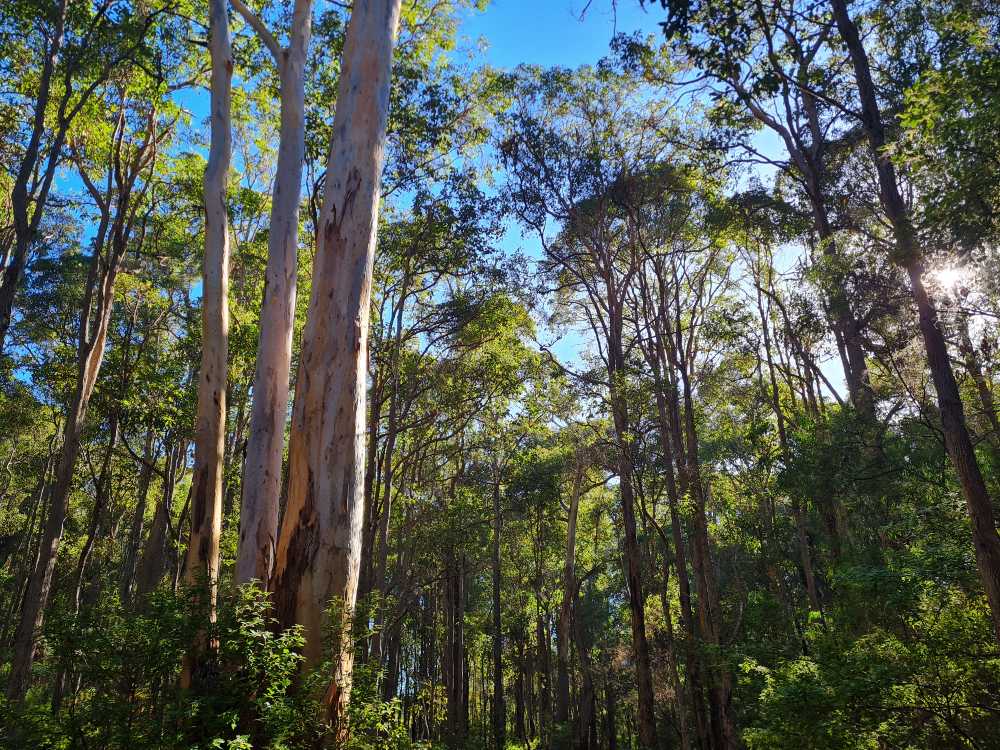 It’s when you leave Perth that WA really starts to shine. We drove down to Margaret River, famed for its stunning vineyards and popular wines. Given that I don’t drink wine, I wasn’t expecting to love the place. But I was bowled over by it. There’s just so much nature, and without the hordes of crowds you’d face back in Europe. We visited the epic underground canyons of the Jewel and Mammoth Caves. Despite the former having an internal space as large as a ten-storey building, masks were obligatory. (You can’t be too careful, clearly). There are also some of the largest trees on Earth here. Towering Karri trees can reach 60 metres high; I felt like an insect navigating a field of tall grass when driving through forests of them. 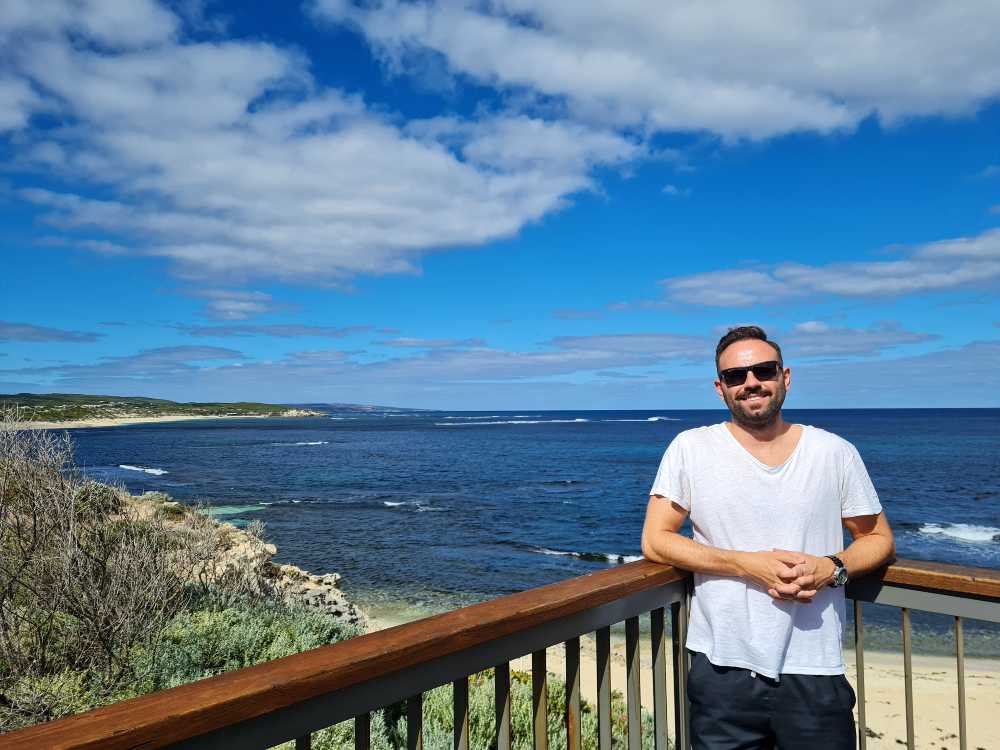 Closest you’ll see me to any surfboard, in Gnarabup.

But it’s the beaches, again, which really stand out here. Prevelly and Gnarabup beaches are simply stunning, with the latter also hosting one of the world’s most famous surfing competitions each year. After a day of road tripping up the coast next to Margaret River, we arrived at Meelup beach. It has sand so white and fine it looks like the sand you see in hourglass timers. The water was bright turquoise, crystal clear. Having heard how sharky WA was before I visited, I was reluctant to dip my toe in. To me, swimming with the threat of shark attack is like going for a run, all the while knowing a lion might unexpectedly jump out of the forest and maul you to death. 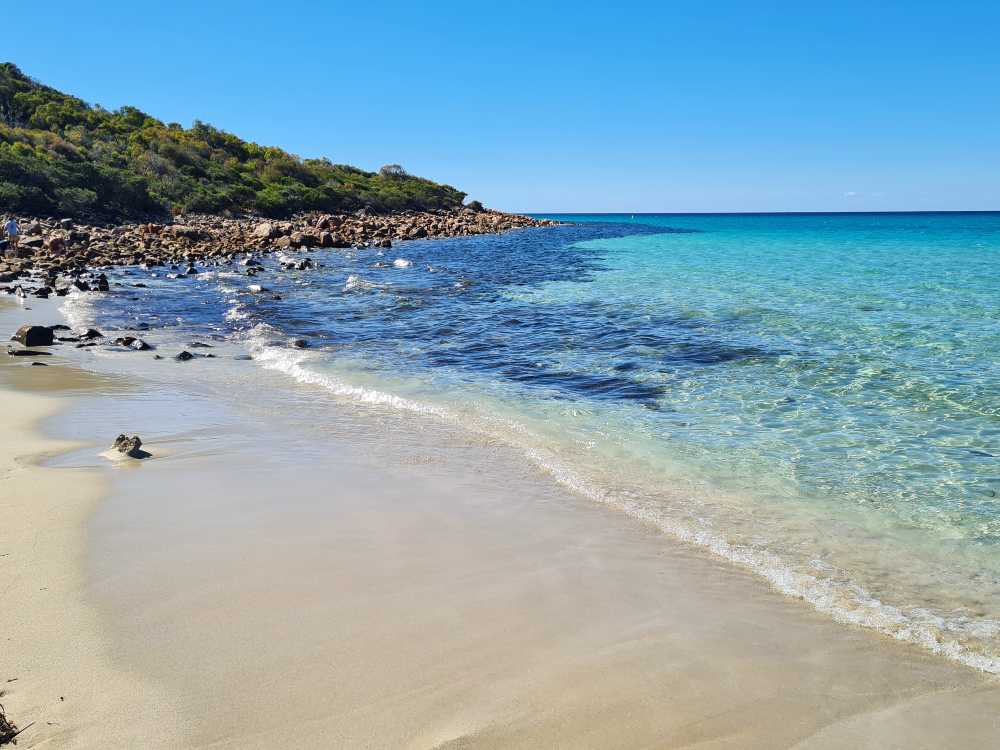 But it looked so inviting. And keen to prove to my partner’s family I wasn’t a complete sap, I went for a short swim. The water was so refreshing, so calming. “Bliss”, I thought. However, a few minutes later, as I returned to shore, a helicopter flew overheard. It began circling round the spot where I’d just been swimming. It put its shark alarm on (yes, this is a real thing), and everyone got out of the sea. We later learned there was a tiger shark in there. And I learned to trust my instincts and never get in the sea in WA again. 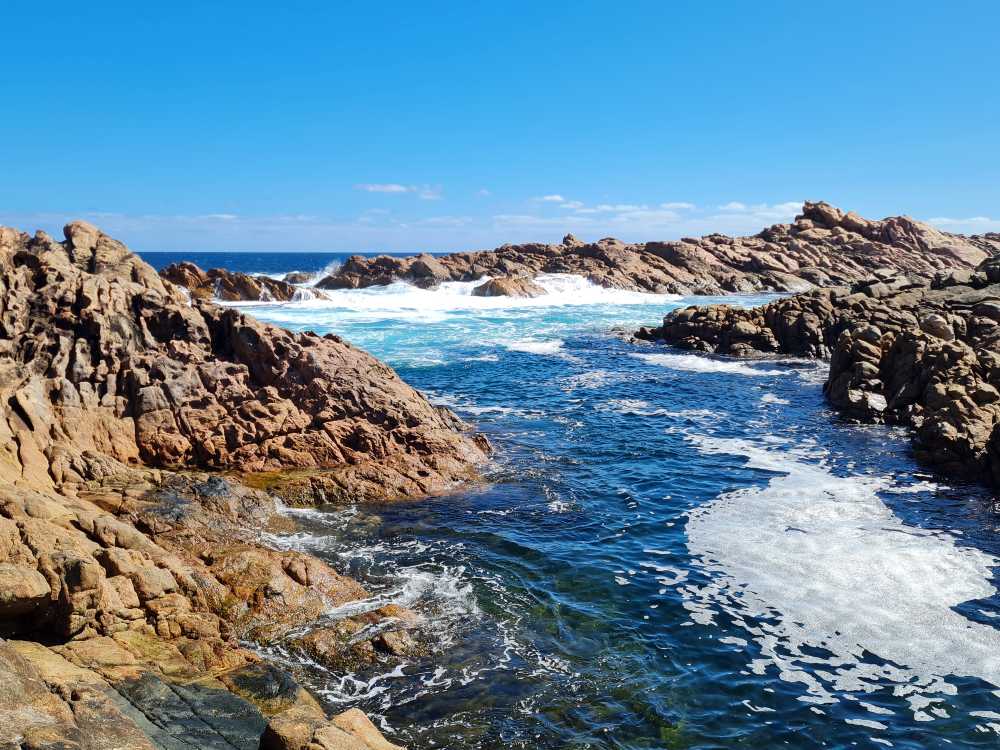 There’s so much beauty on offer in Margaret River.

After my visit, I once again left Australia agreeing with the statement that this really is ‘the lucky country’. It’s big and beautiful, and its citizens enjoy a higher quality of life than probably anywhere on Earth. “If only there weren’t so many damn things that want to kill you,” I thought, as a boarded my plane back to London… Only then remembering the new cold war I was heading back to. Nowhere’ s perfect.