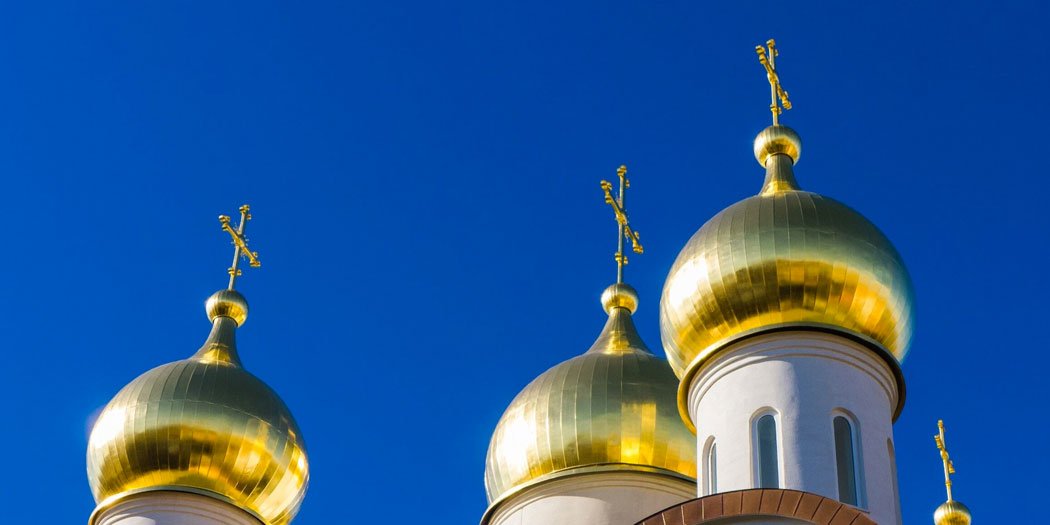 I like the analogy that ideologies are like mental parasites. The ideology (let’s say communism or fascism) infects its host (a human). The parasite begins to control the host’s thoughts, actions, and behaviour, all in a manner aimed at securing the ideology’s growth amongst other potential carriers. In many cases, the parasite’s hold over the host becomes complete: the human host would rather die – or kill others – than to let the parasite’s idea die with her. This happened most tragically in the 20th century, where tens of millions of people died in the death camps of the Nazis and gulags of Stalin’s Russia. For those in charge, millions of deaths were a small (but necessary) price to pay for the utopian and ideologically pure societies they were creating, in their minds at least.

“That was the 20th century, though, surely this isn’t relevant today?” would be a fair retort. But it’s not that simple. The collapse of political discourse in the last few years – amidst tribal social media virtue signalling or ‘trolling’ – is a direct consequence of the same problem. The world is impossibly complex. No one single ideology could possibly have all the answers. Even if one ideology was somehow objectively ‘better’ than the others, to say it should be imposed everywhere is naive in the extreme. (Reading the last sentence, did a particular ideology jump into your head as being objectively ‘the best’? Was this you or the parasite talking?)

Let’s say, for example, that I’m an extreme free market neoliberal or socialist. I, at least subconsciously, believe that imposing my chosen ideology would eradicate most of the world’s problems and deliver a utopian future. On the neoliberal front, it could be argued that low tax economies can work well in certain specific scenarios and countries, such as in Singapore. These policies helped it to attract investment and transform it from a small port town with no natural resources (and a lower GDP per capita than South Africa in 1960) to becoming one of the richest countries on Earth today. Imposing these same free market policies everywhere would be a disaster, however. Any European visiting the United States, for example, will probably be shocked by the poor quality of its crumbling infrastructure and public services. There are far fewer homeless people wandering the streets of large European cities than there are in the US, where lower taxation limits the government’s ability to tackle inequality or to implement effective social security programmes.

On the other side, it could also be said that imposing a socialist economic framework in the Nordic countries makes perfect sense. These are highly developed economies with wealthy citizens and advanced tax collection capabilities. This means they’re well placed to function as high tax economies with fantastic public services, particularly Norway, which has lots of government revenue from oil to play with as well. Great. Try to impose these policies in countries with endemic corruption (Italy), poor tax collection rates (Romania), or with a limited ability to collect tax at all (Ethiopia), and you’ll be on the fast track to insolvency or hyperinflation. If Ethiopia shared its entire tax revenue between each of its citizens, it would amount to just US$80 per person. Attempts to engender a state-led economic revolution – without a sustainable hope of repaying the debts you incur – is unlikely to end well. Just ask the citizens of Argentina, Venezuela, or Zimbabwe.

I don’t ascribe to any one particular ideology, or at least I try my best not to. The world is far too complex to have a single catchall belief system that solves all of the world’s problems. My views change regularly depending on which particular country is being discussed, what is currently happening in the rest of the world, and the particular issue at hand. For some countries, I might have left-wing views on societal issues, centrist views on crime and punishment, and right-leaning views on fiscal policy. For others, it could be completely different. And these views might change over time. I get it wrong (regularly), which is fine. But I don’t claim to have all the answers. An all-encompassing ideology does.

An ideologue’s view is different. Their ideology does have all the answers, and so it’s logical that their views will stay the same over time. When the ideology fails, that is the fault of everyone else. The ideology is perfect, but other people are just too stupid to ‘get it’. Einstein said the “definition of insanity is doing the same thing over and over again, but expecting different results”. Many support their political party like a football team, through thick and thin. It loses consecutive elections. The party comes back offering precisely the same ideas that resulted in these electoral defeats, expecting a different result. According to Einstein, this is when you should start to worry.

Don’t Be Sucked In

I can see why it’s easy to drink the Kool-Aid. Rather than engaging in the unfathomable complexity and nuances evident in the world, it’s much easier to join a like-minded tribe of people. You can get together and agree that the world would be perfect, if only you were in charge. Anyone who doesn’t support your ideology or ideas can be called “stupid”, “evil”, or worse. We wouldn’t admit it, but one of life’s true pleasures is the delicious feeling of superiority you get when you badmouth others. Your ego gets a boost. And you get a lovely little hit of dopamine when you blame the world’s problems on the actions of others, rather than examining your own. You might realise that this is a problem in most people’s personal lives as well.

A useful rule of thumb is to take the views of any ideologue with a pinch of salt. Let’s say you ask someone what their view is on 20 different metrics (economic, social, political, etc.). If that person agrees with their ideology’s view on every single metric, this means they have implicitly lost the ability to think for themselves. What’s great here, at least, is that these people are predictable. In fact, I’m sure you could guess their views on just about anything. You can try this out now. Take any significant global event. Then, guess what right-wing and left-wing ideologues think about it. Read some right- and left-leaning newspaper articles on the same issues. Et voila! You’ve become a crude mind reader.

Doing the opposite is hard. There are seven billion people and 195 countries in the world. There’s simply too much information. It’s much easier to leave the thinking to someone else, or in this case, to an ideology. You can focus like a laser beam on information that supports your ideology, and wilfully discredit any that does not. While I try my best, I am of course still guilty of doing this the whole time. It feels good to think you are right and everyone else is wrong, and this is a hard habit to break.

Why Is This Important?

The inflexibility of ideologies causes many of the world’s biggest problems. In my travels so far, a stark theme emerged: almost all of the world’s worst countries or societies ascribe to dogmatic political ideologies. These are places that are either too right-wing or too left-wing, the key here being ‘too’. Too much of anything is a bad thing. Don’t believe me? The ideologically pure communist paradise of North Korea is the most miserable place I’ve ever been to. The cost of state-imposed equality (everyone is equally destitute, hooray) is absolutely zero freedom of thought or expression. Instead, you have a state-imposed conformity which appears to outlaw smiling or happiness. Oil-rich Venezuela has successfully turned itself into one of the most miserable societies on Earth, with levels of crime, hunger, and poverty as bad as anywhere I’ve seen. I’m sure average Venezuelans would choose access to food over ideological purity, but Maduro’s regime does not.

On the other side of the coin, countries or regions ascribing to dogmatic right-wing nationalist ideals are also not that pleasant. Budapest is beautiful, but would my trip to Hungary have been as fun if I’d badmouthed the government of Victor Orban, or disagreed with his claim that migrants are “poison”? I had a fantastic time road-tripping through the Deep South of the US, but would my experience have been different if my name was Miguel Ricardez and I wasn’t straight? Russia is a fantastic and enchanting country to visit, but if I’d suggested to locals in bars that the “Motherland” was perhaps not the greatest nation that has ever existed, would I have found myself in hot water?

If you’re wedded to either of these particular ideologies, reading the previous couple of paragraphs will have probably triggered sensations of anger in your body. Your sympathetic nervous system would have engaged, releasing the hormones necessary for a ‘fight or flight’ response to my words. In the times of hunter-gatherers, a faster heartbeat and sweaty palms (to increase grip and cool the body) would have prepared you for battle. Today, this same physiological response will instead lead you to want to angrily prove how ‘wrong’ or ‘stupid’ I am, via the medium of your keyboard. You might even hit the keys extra hard.

You might also feel the urge to say things like, “None of the examples mentioned in this article are good ones. If my ideology was implemented correctly, it would lead to the perfect outcome and society.” Even though almost all attempts to impose such extreme ideologies throughout history have resulted in disaster and millions of deaths. “This time it’ll be different,” you think. Or was it the parasite?

Previous Post: Western Whingers? Be Thankful You Were Born In The Rich World

Next Post: What Are The Five Greatest Cities In The World?