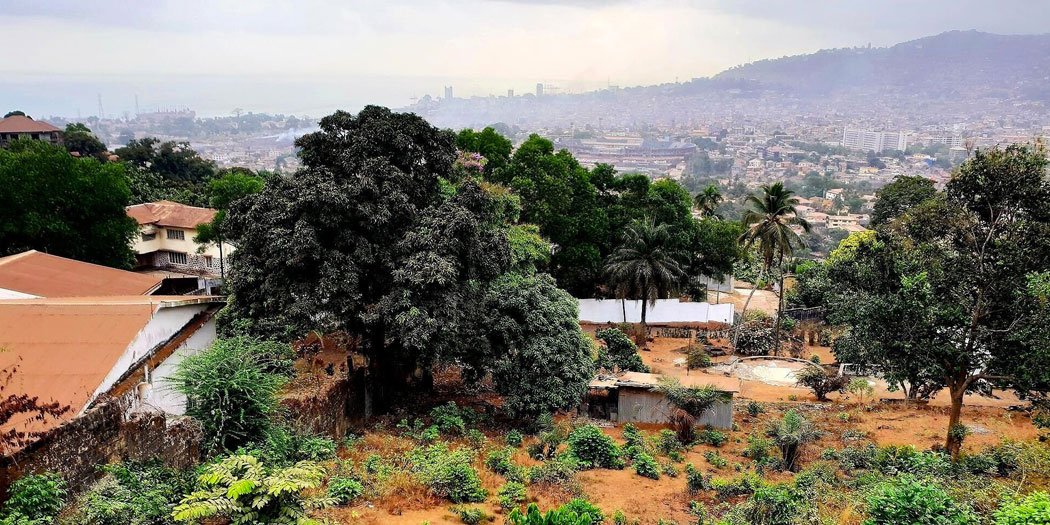 Sierra Leone – Charming And Chaotic Freetown, A City Of Contrasts

Country #151. My visit to Sierra Leone coincided with the global coronavirus outbreak. While I did my best to stick my fingers in my ears and pretend my travel plans would not be disrupted, I was wrong. Having planned to travel overland from Sierra Leone to Senegal, it became clear that the global situation was quickly deteriorating. Unfortunately, not before I had already flown the 20+ hour flight from Sydney. So, I sadly only got to spend a few days in the capital Freetown, before turning around, and spending another 20+ hours in the sky. 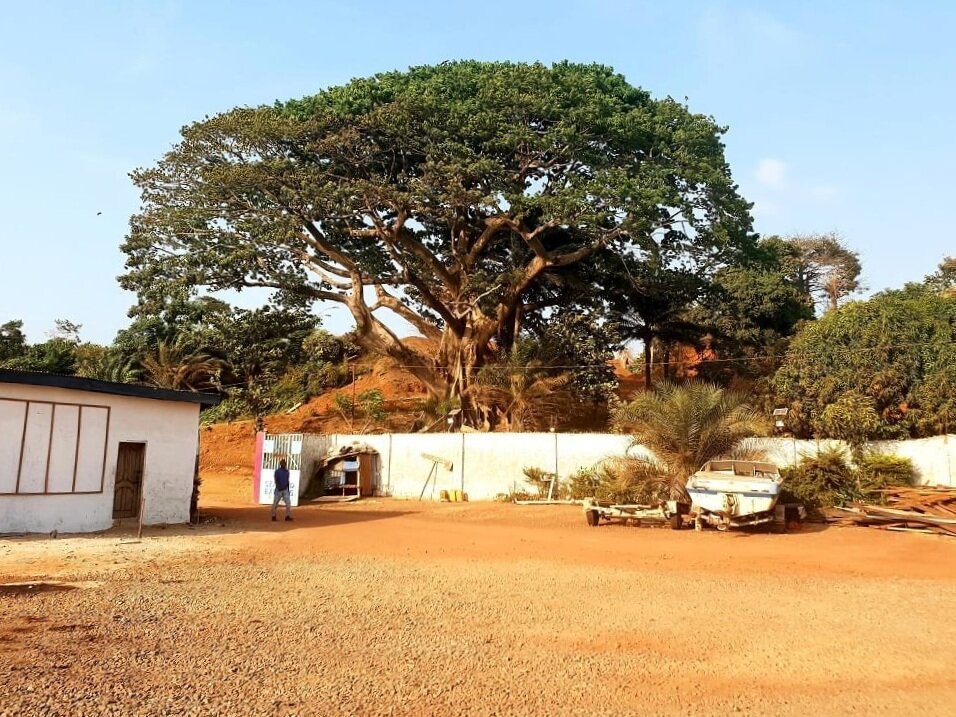 I tried to console myself with the idea that, in many ways, being on a plane for ages is the purest form of travelling that exists. Indeed, the Cambridge Dictionary defines travelling as: “1. The activity of making journeys. 2. Moving from one place to another”. I tried to imagine myself as some sort of Michael Palin of the skies, intrepidly navigating the atmosphere in an epic quest through the uncharted open blue. But, sadly, the reality of my situation was hard to ignore: I sat on my arse for almost a full day, watched lots of terrible films which all featured Dwayne ‘The Rock’ Johnson for some reason, and was covered in crumbs from various meals I had failed to eat graciously. 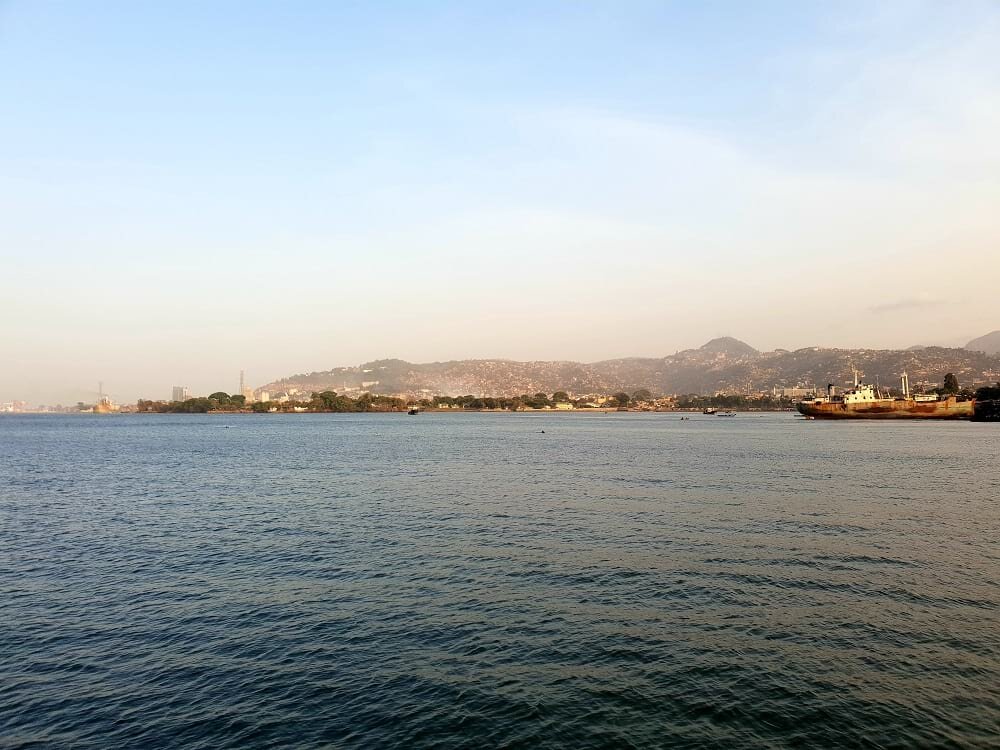 The undulating terrain of Freetown. The Port of Freetown is Sierra Leone’s and Africa’s largest natural harbour. 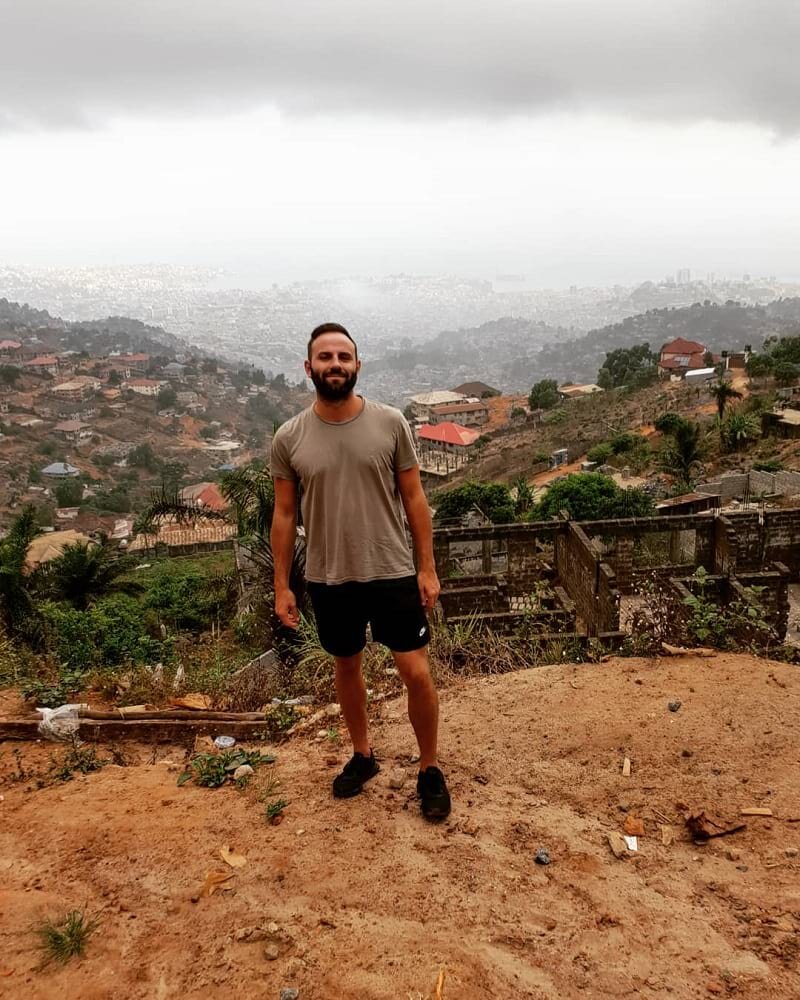 Freetown, Sierra Leone. In honour of my trip being cut short, I wore high-cut shorts.

The Spectre Of Ebola Hangs Over Sierra Leone

When I visited in March 2020, few cases of coronavirus had been confirmed in West Africa. A combination of factors is likely to have contributed to this. The region is poorly connected with the rest of the world, with limited flights to and from virus-hit countries like China, as well as Europe. It’s also thought that the heat could temper transmission.

On top of this, the 2014-16 Ebola crisis in the region appears to have jolted the country into action. All arriving airline passengers were screened by doctors. Your temperature was taken, and you had to stand in front of a thermal imaging camera, to check for symptoms. All over the airport, and indeed on almost every street corner in Freetown, handwashing stations had been set up with instructions on how to prevent infection. I hope these measures work. Only time will tell. 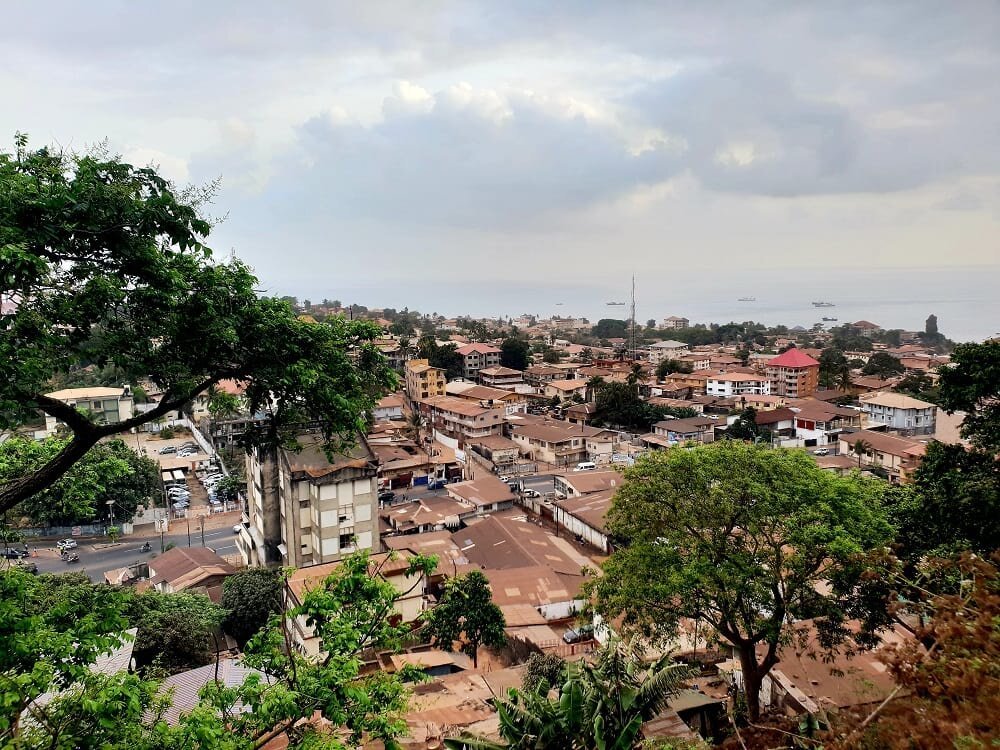 Freetown: A City Of Contradictions

Freetown is a wild and chaotic city. And yet, beauty and calm prevail in some places. Like Rio de Janeiro or Cape Town, stunning mountains loom over the hilly city. Humanity has managed to squeeze itself onto steep rises and valleys, before the land gives way to beautiful palm tree-covered sandy beaches. The capital is colourful and charming, with a palpable energy and playfulness witnessed on its streets. 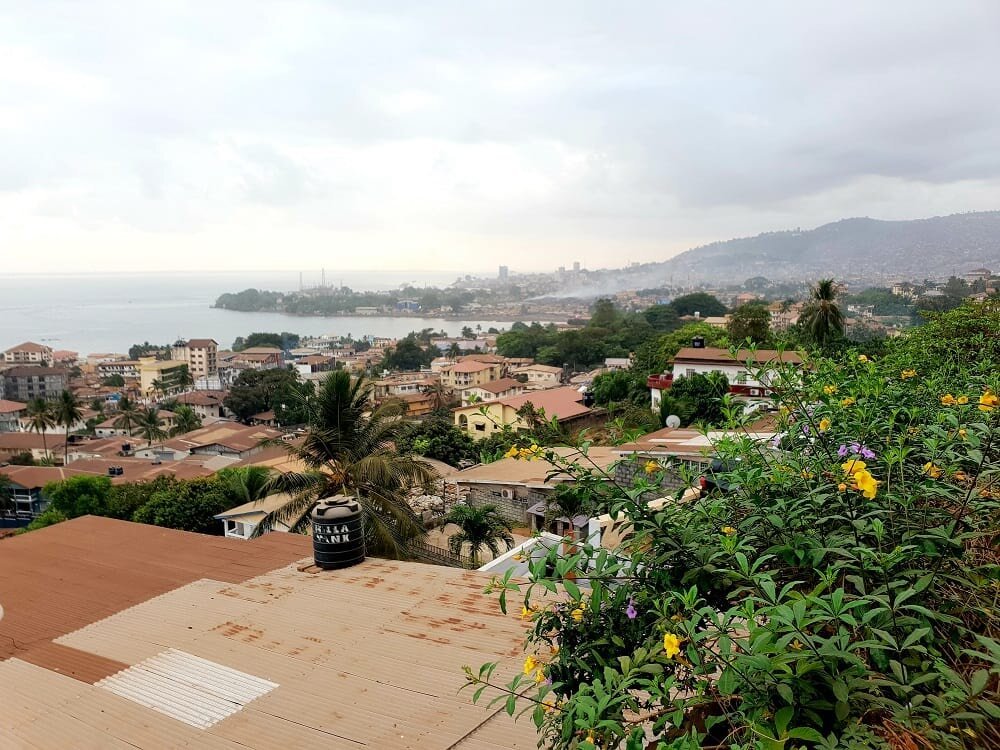 While it may look atmospheric in a photograph, the burning plastic cloud is less appealing when you’re actually in Freetown.

Driving around the city offers you multiple stunning vistas at every turn. At the same time, it highlights the other face of the city: a frenzied urban area struggling to cope with rubbish disposal and pollution. Foggy clouds hang dramatically over the city, as smoke bellows from recycling plants and domestic bonfires. Freetown is one of the first places I’ve been that gets much of its power from an offshore floating power plant, which is an old cargo ship that now burns coal. The boat is anchored permanently not far from the city centre. It’s connected to the city via towering electricity pylons, which is a strange sight. 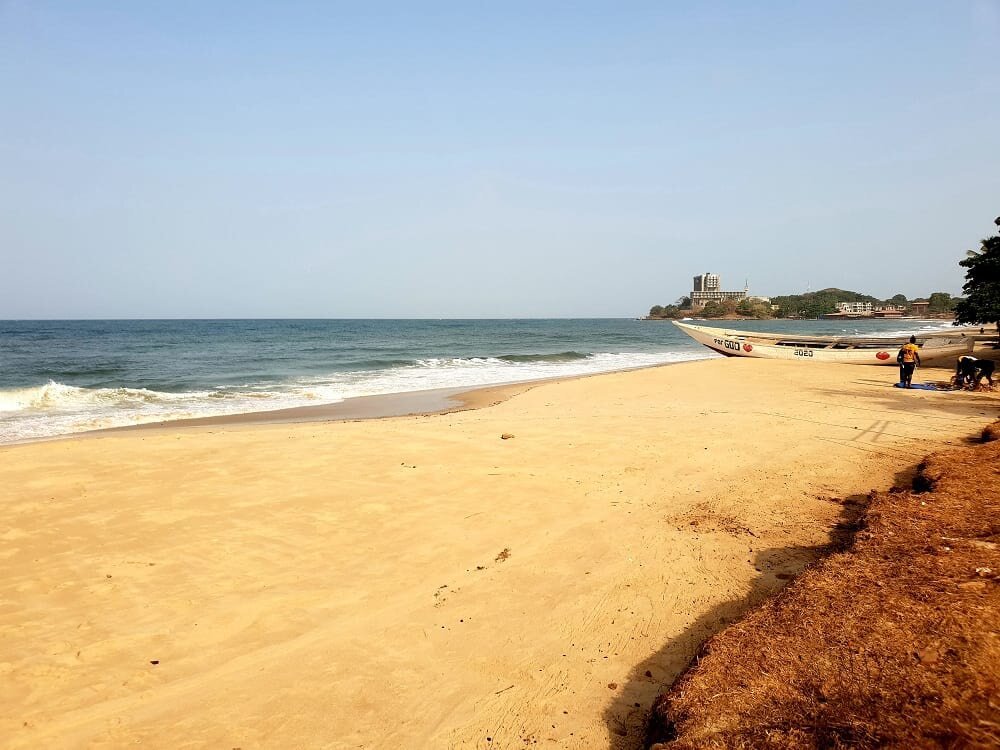 Lumley Beach, Freetown. While Sierra Leone is blessed with many beautiful beaches, it was hard to get a picture of a beach not covered to some degree by trash. This was my best shot.

The legacy of British colonialism is still notable. Freetown was ruled by the British from 1808 to 1961. I stayed in a part of the city called ‘Aberdeen’. Colourful and situated on the palm tree-lined ‘Lumley Beach’, I can think of few places on Earth which bear less of a resemblance to its grey, Scottish namesake. Similarly, ‘New England’ and ‘Leicester Village’ are ramshackle urban developments bearing no resemblance to home, impossibly clinging to steep, bright orange hills. Sierra Leoneans speak a creole version of English, which slaves learnt in part from their British masters. When my guide told me of this uncomfortable fact – as has happened to me in so many other former colonies of the British crown – I never quite know what to say. “Sorry about that,” is usually the best I can do. 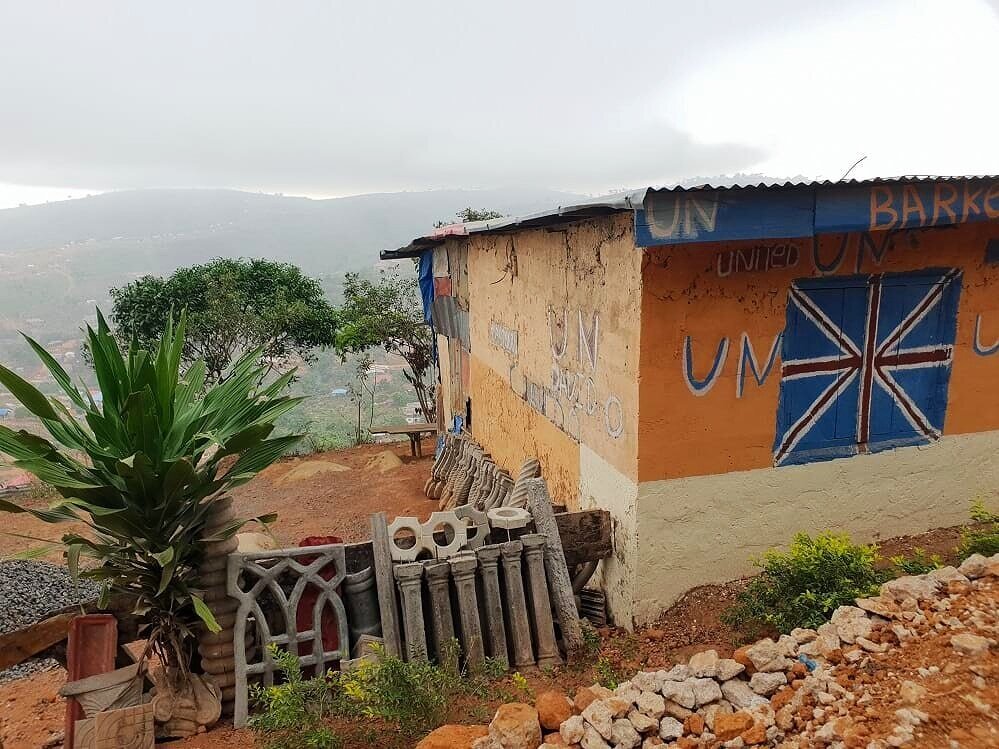 Despite British colonial rule, Union Jack flags are a common sight in Freetown. This one perhaps overstates the UK’s global reach, even if certain British politicians do their best to pretend the UK is as powerful as the UN (United Nations).

Even before coronavirus, Sierra Leone faced challenges. Sierra Leone is the sixth poorest nation in the world, at least from a GDP per capita perspective. Over 50% of the nation lives below the poverty line, and average annual incomes are just US$1,240. The country’s recent history is tough, with an 11-year civil war ending in 2002, only for Ebola to strike around a decade later. 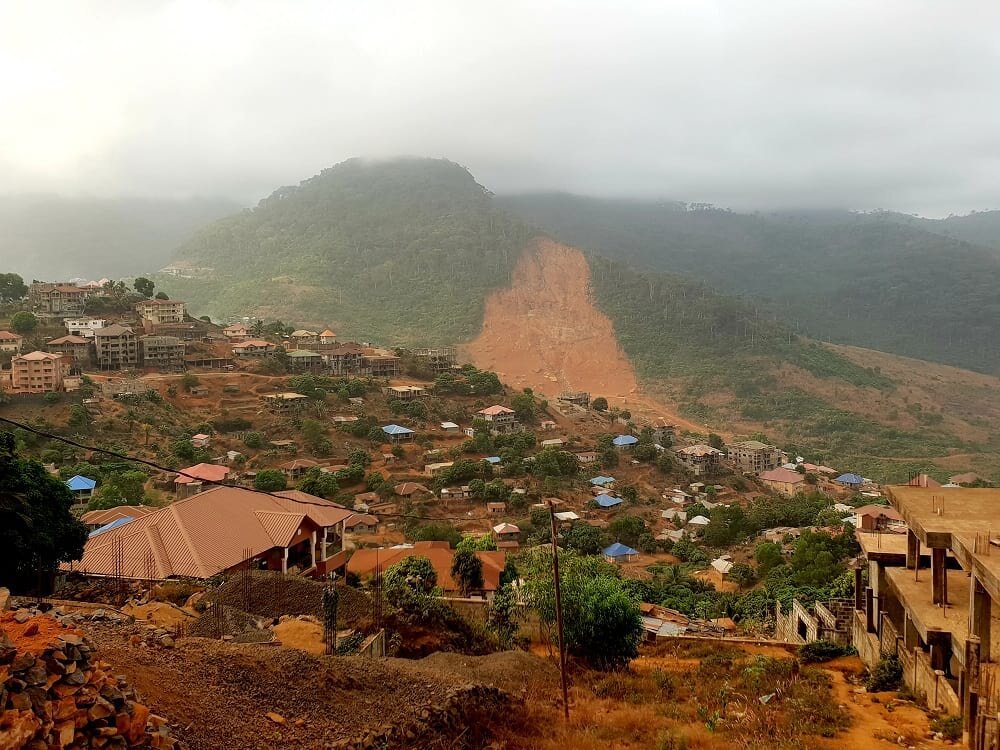 This was the sight of a tragic mudslide, which killed over 1,000 people in Freetown in August 2017.

A global downturn would hit Sierra Leone hard, via reduced demand for its key exports like iron ore and diamonds. Coffee exports should do OK, given millennials’ obsession with the stuff. Given the tribulations the population in Sierra Leone has faced in recent years, its friendly and resilient people appear much less fazed than us in the West about the rocky road that lies ahead for us all. 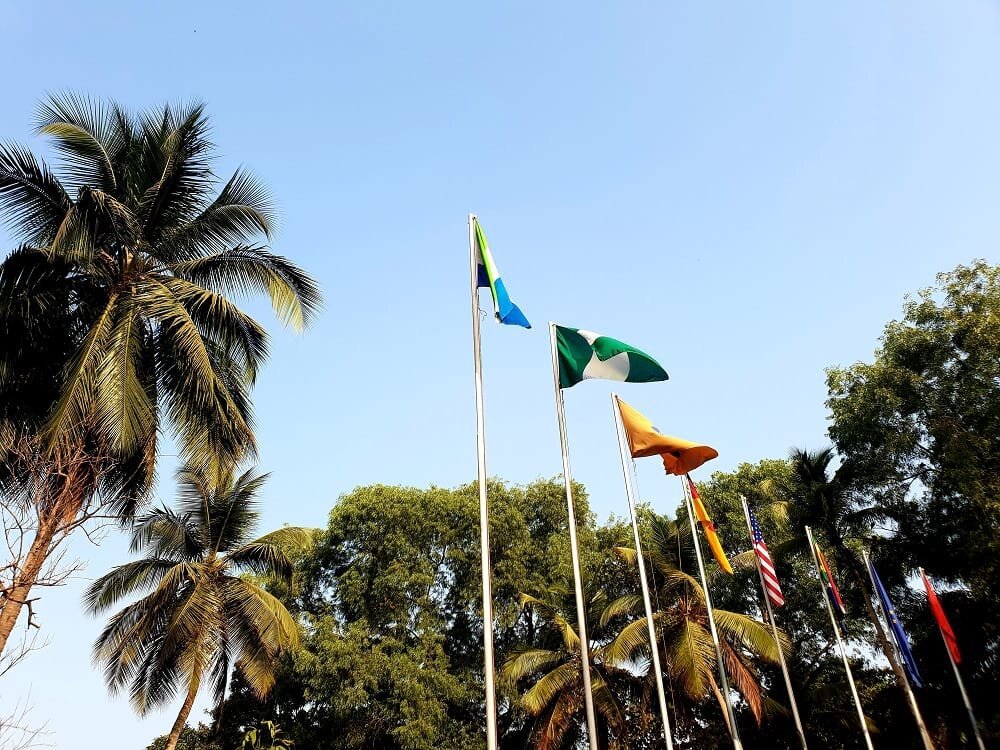 I waited around ten minutes for the wind to pick up, but you can still barely see the Sierra Leone flag.

Next Post: Has The World Really Moved On From Tribes?