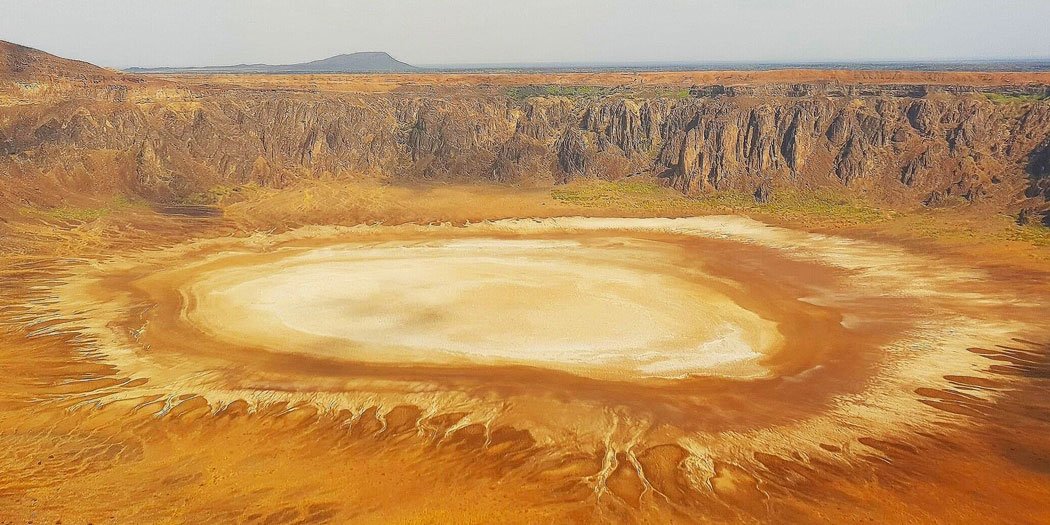 Country #145. I chose an interesting time to visit Saudi Arabia. The country used to be famously difficult to visit. In fact, until a few weeks ago, you couldn’t travel there just for the purpose of tourism. Saudi surprised everyone, however, by implementing an online ‘e-Visa’ system in October this year. It’s quick and easy to use, allowing me to become one of the first of a handful of tourists to take advantage of the new system. 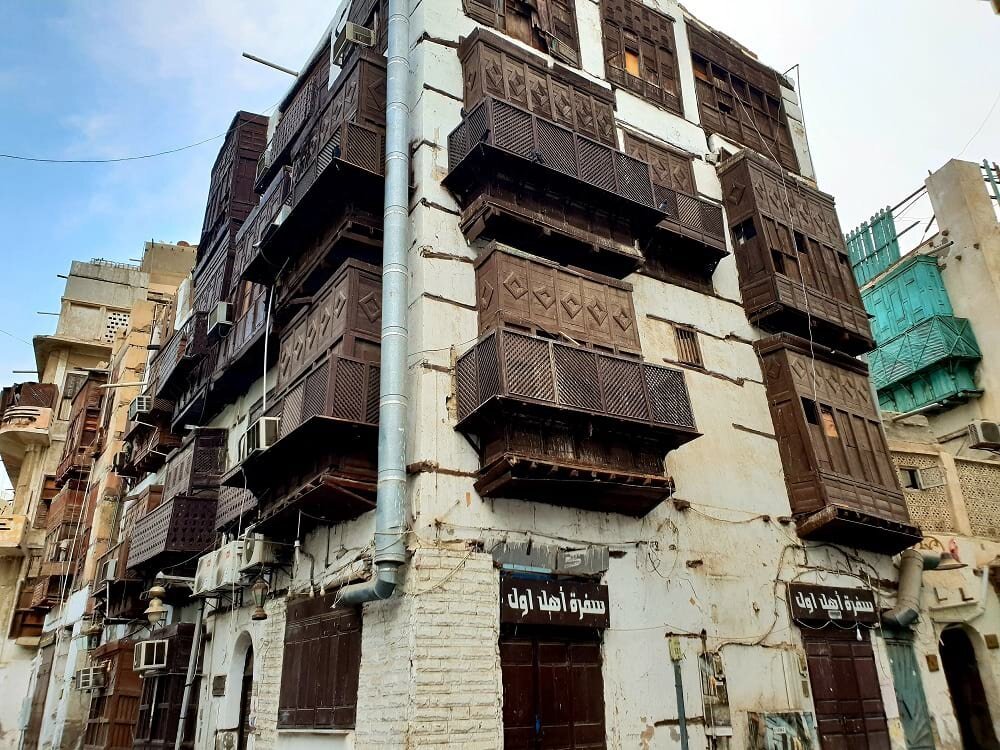 Some of you will probably be thinking, “No. Mike shouldn’t have visited Saudi Arabia. It’s repressive and has a poor human rights record. He’s a bad person”. Other, cleverer readers, will have subsequently thought, “Did he just refer to himself in the third person, while attributing a quote to me without consultation?” Yes, I did. We all have preconceptions about the country, not all of them are positive: it lacks democracy and is one of the most gender unequal societies on Earth. I could go on. My visit in no way condones these things. Sadly, in so many different societies globally, many of the world’s largest inequalities are justified in the name of people believing (one of the many) stories told in old books. 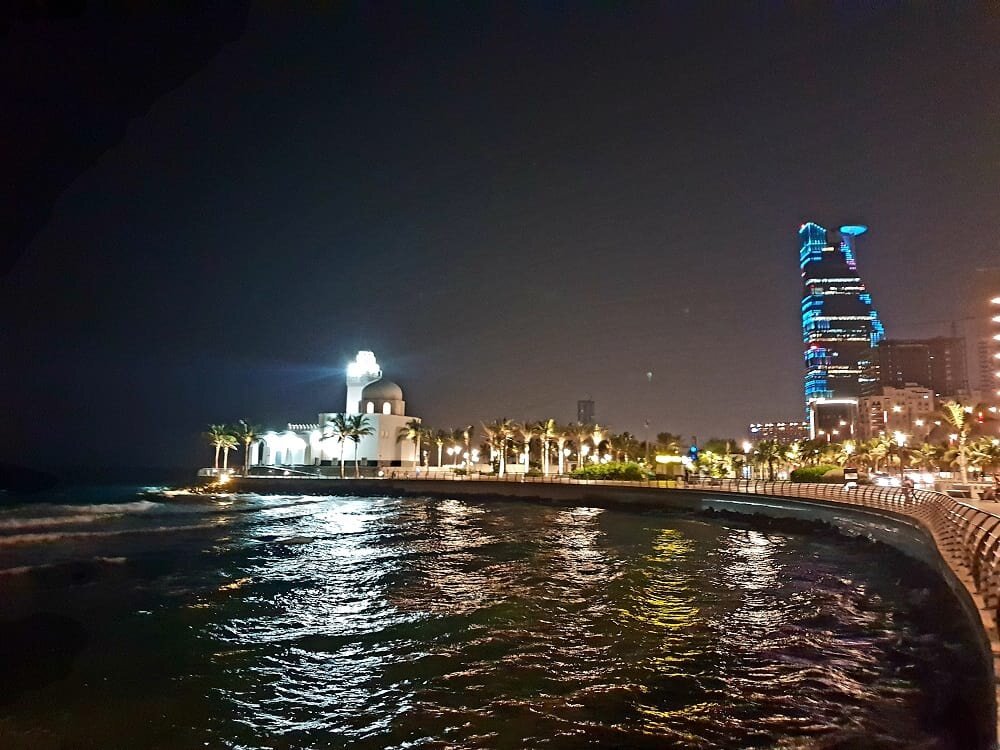 That said, you’d be shocked to know how liberal parts of Saudi Arabia feel. I spent most of my time in the coastal city of Jeddah, which is known for being less conservative than the capital Riyadh. I had naive preconceptions that Saudi would be rigid and traditional. Instead, what greeted me in Jeddah was a thriving, modern metropolis. 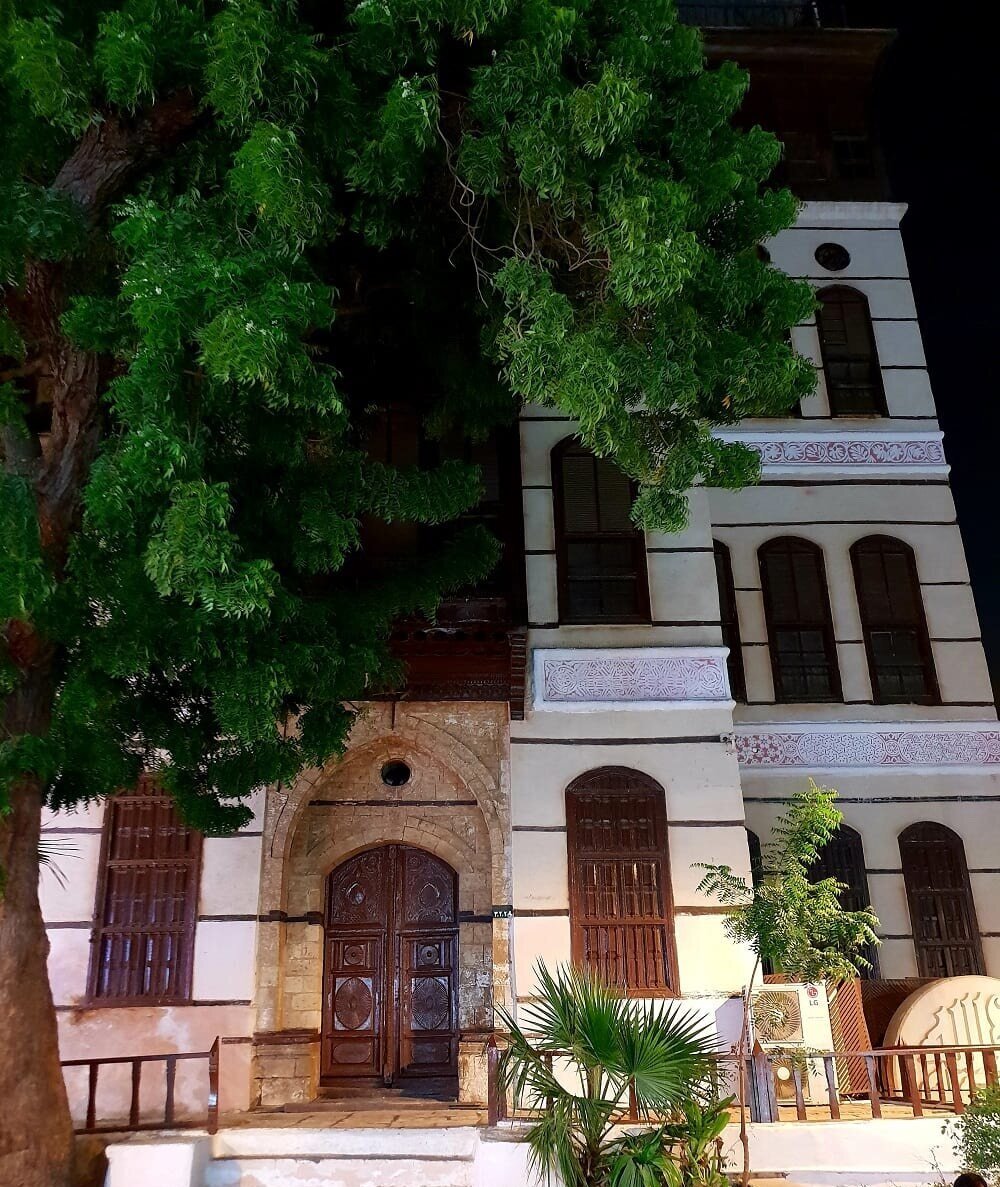 It’s not too dissimilar to Dubai or Los Angeles. Huge ten-lane motorways, skyscrapers, and gigantic shopping malls spread out in every direction. Aside from the crumbling old town (Al Balad), the city appears to have been mostly built in the past few decades. Everyone I met could not have been more polite or friendly, many speaking good English as well. They seem genuinely excited to see tourists visiting their country for the first time. 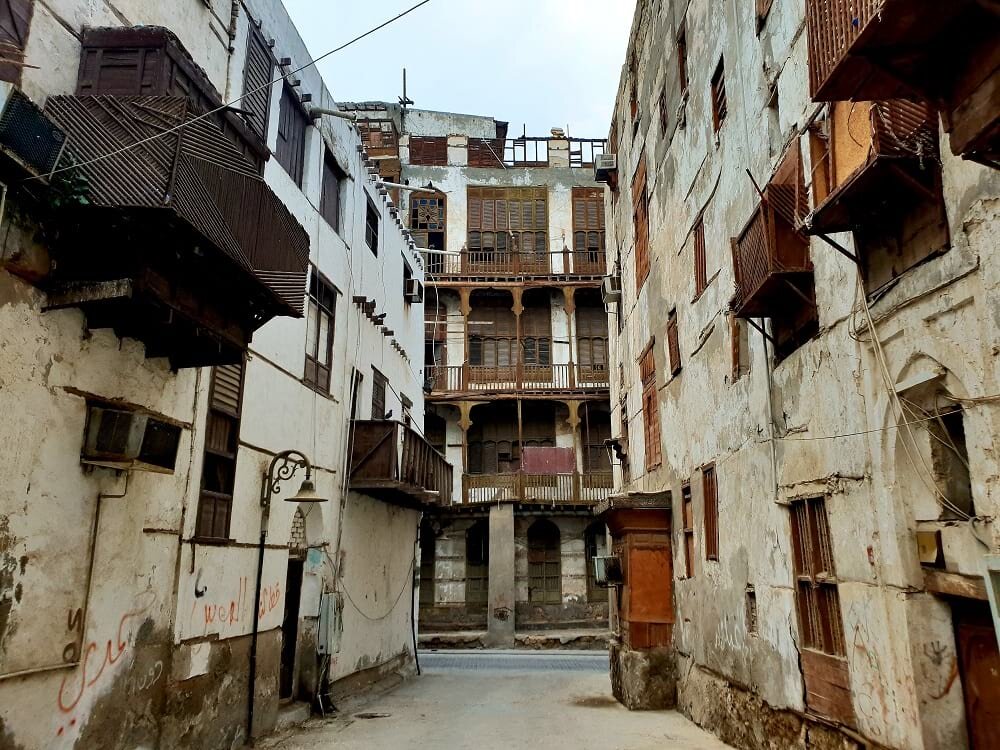 Al Balad, Jeddah. I would say this looks charming rather than run down, even if a friend commented that this looked “like a war zone”.

The locals will have to get used to seeing more tourists. As part of Crown Prince Mohammed bin Salman’s ‘Vision 2030’, Saudi is attempting to reduce its reliance on oil production and transition to tourism. The figures are staggering. Among many aims, they want to attract 100 million visitors annually and to become one of the top five tourist destinations globally by 2030. I don’t doubt that they will achieve this goal, given the country’s centralised policy-making process and its abundant wealth. 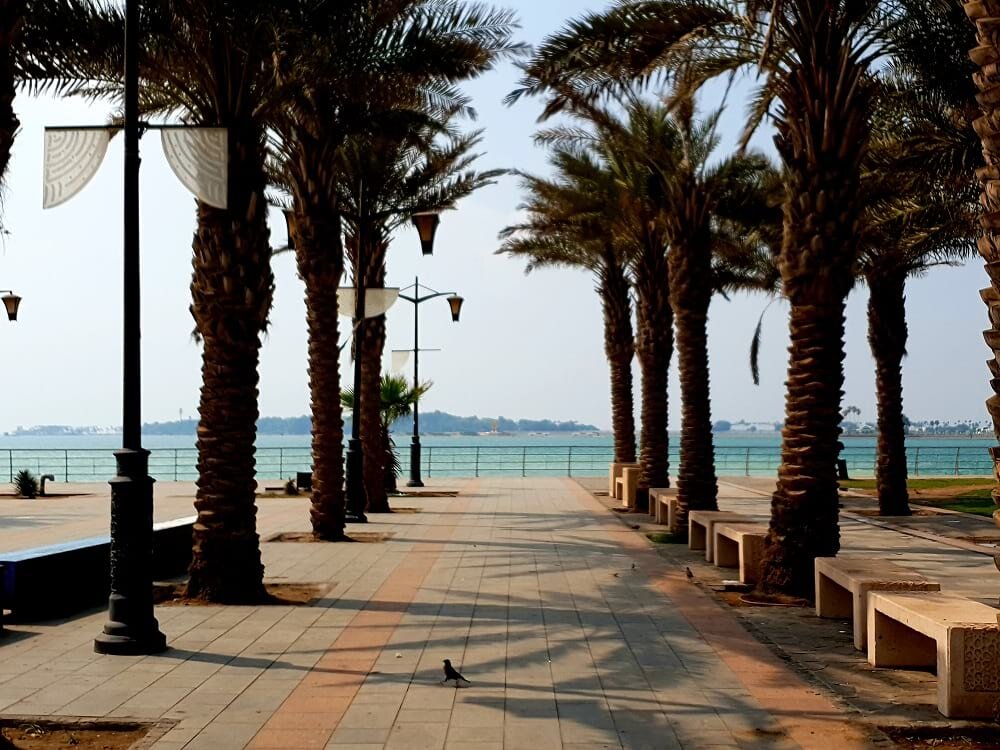 Jeddah’s coastline. I walked for two hours in the heat to see the world’s tallest fountain. Which only gets turned on at night, I learned. It would appear in the gap between the palm trees, hours later.

Saudi has so much oil money that until recently there was no taxation. They have only just introduced their first tax: a 5% value added tax (VAT). Saudi is now doing what most countries appear to do in the Middle East when they want to attract tourists: building big objects. When finished, the Kingdom Tower in Jeddah will be a kilometre high, eclipsing the Burj Khalifa in Dubai. Jeddah already has the world’s tallest fountain and tallest flagpole. 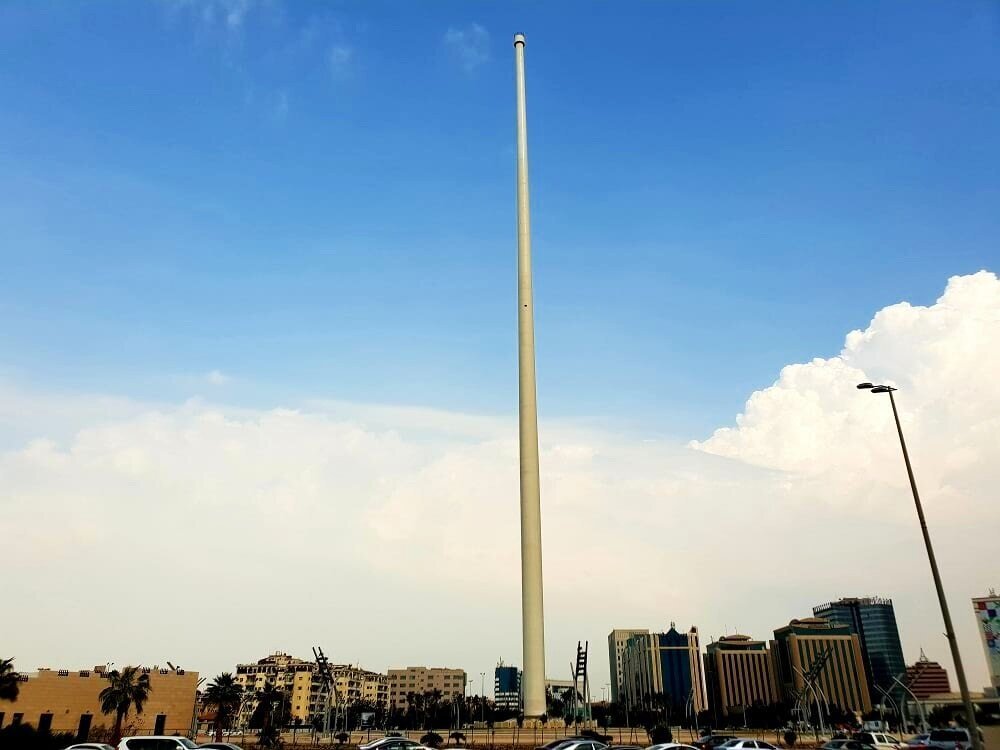 In a similarly successful venture, I went to look at the world’s tallest flag in Jeddah. Only to learn the flag itself was being cleaned. The pole is as tall as the Gherkin in London, a 50-storey building. I’m clutching at straws, it looks rubbish without the flag. 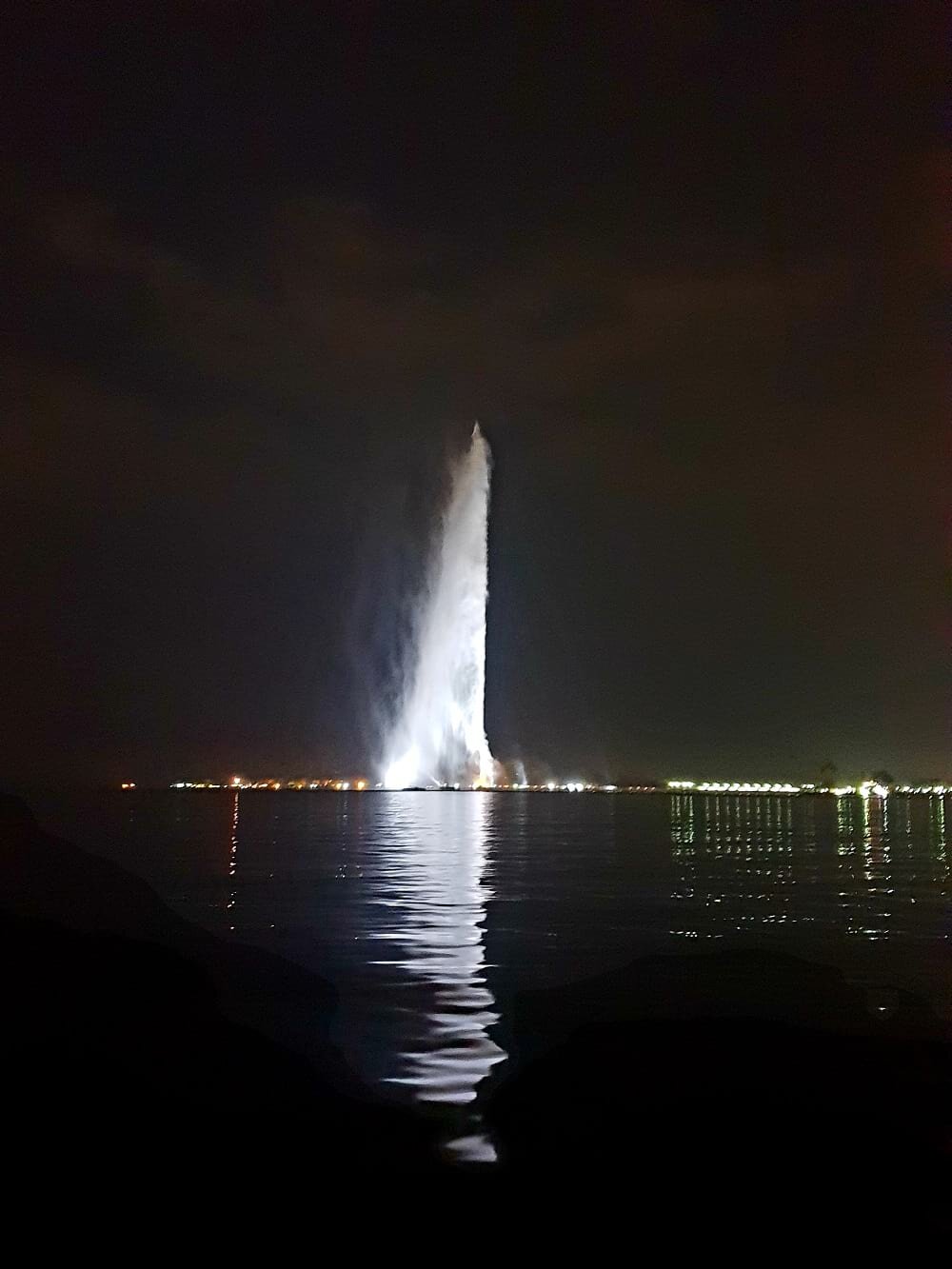 On a similar topic, I have now had the potentially life-altering privilege of seeing the world’s five tallest flagpoles in person. I couldn’t help but to feel emotional. The main emotion being frustration, however, as the Saudi flag was being cleaned when I visited. What have I learned from my accidental tallest flagpole quest? Well, that waving a large bit of cloth on a huge spike does not appear to correlate with how ‘good’ a country is. If it did, the world’s top five countries would be Saudi Arabia, Tajikistan, Azerbaijan, North Korea, and Turkmenistan, in that order.

Saudi Is Much More Than Massive Metropolises

Big structures aside, what makes Saudi stand out from other Middle Eastern tourist destinations such as Qatar, Dubai, and Abu Dhabi, is its history and the sheer scale of the country. I rented a car to see some of it for myself. One stereotype that was unfortunately accurate is that Saudi drivers are possibly the worst in the world, perhaps in joint first place globally with Vietnam and India. You are eight to ten times more likely per capita in these countries to die on the roads than in the UK. 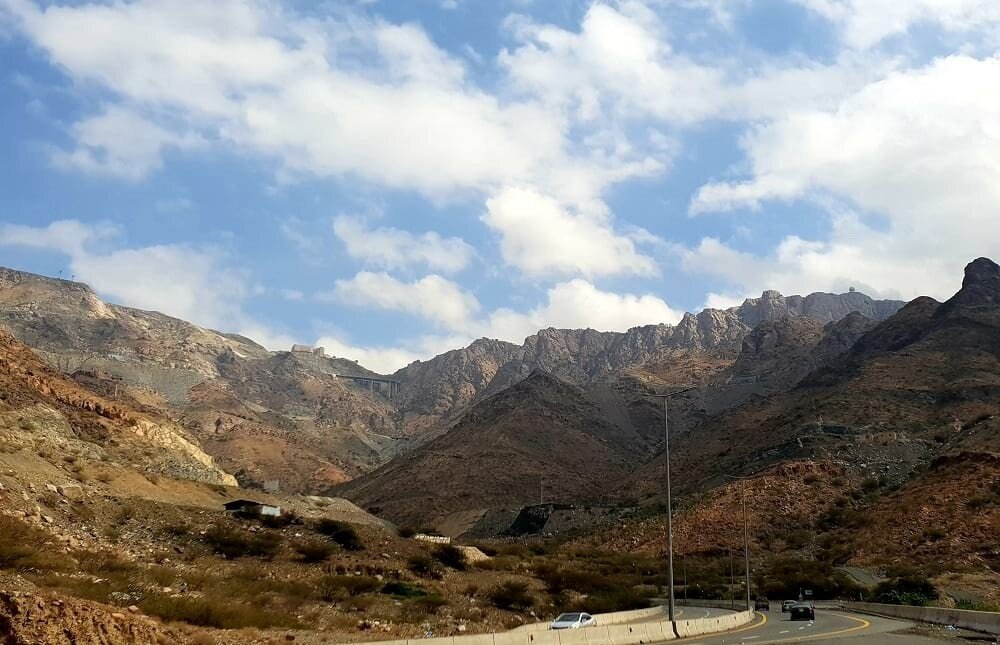 The road up to Taif.

I drove from Jeddah to Taif, a mountain city at an elevation of over 1,800 metres. Aside from the fact that it was cold and that it rained – a novelty in this part of the world – the drive up winding roads dotted with baboons along the way was spectacular. Following this, I headed for the incredible Al Wahbah Crater. The crater is stunning, even more so because I had the entire sight to myself.

A huge crater, in the middle of that man’s chin. Behind him, the equally impressive Al Wahbah Crater.

For someone who hails from a wet and green land, driving through bright orange deserts, lava fields, and endless sandy plains was itself quite a novelty. A novelty which was only beaten at a petrol station. As I was trying to make the gas pump work and looking like a bewildered tourist, a large SUV pulled over to help me. A boy of about ten rolled the driver’s window down and cheerily said some things in Arabic, before speeding off into the distance. It’s so remote out in the desert that it appears age is no barrier to controlling two-tonne vehicles. 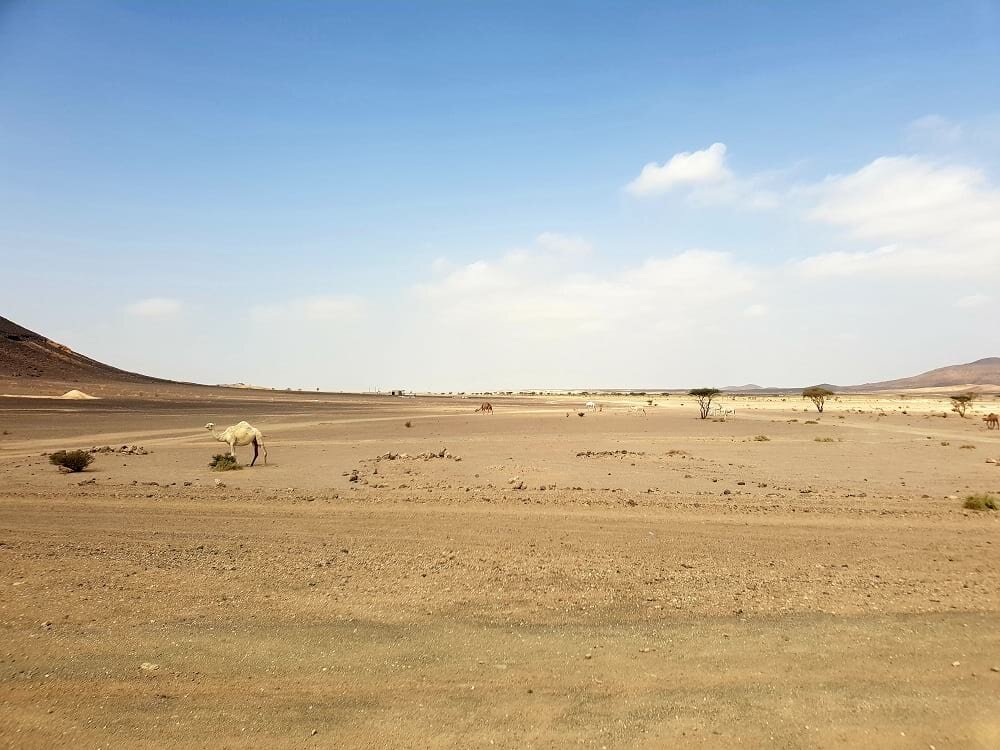 Lots of sand and lots of camels. Probably best not to come to Saudi if both do not appeal to you.

Tourism Sector Still Has Some Way To Go

At this stage, the tourism sector is still at the early stages of development. I wouldn’t say that Saudi should be the number one destination on your bucket list, just for now. And indeed, several societal elements of the country may not sit well with some people. Gender segregation in certain places, having to use the ‘non-Muslim’ highway to skirt round Mecca, and the inability to consume beverages intentionally laced with poison (which makes drinking actually seem quite stupid in this respect), are all reminders that Saudi remains a conservative nation.

But recent changes include the powers of the religious police being reduced in 2016, women being allowed to drive in 2017, a ban on music concerts being lifted in 2018, and the so-called guardianship system being relaxed, which previously made it hard for women to do many things without seeking permission from their male guardians. In the West, obviously, these things are rightly seen as basic and fundamental rights. But for Saudi, these are profound and rapid changes. Prince Mohammed said the reforms would return Saudi to a more open past: “We are simply reverting to what we followed – a moderate Islam open to the world and all religions.” 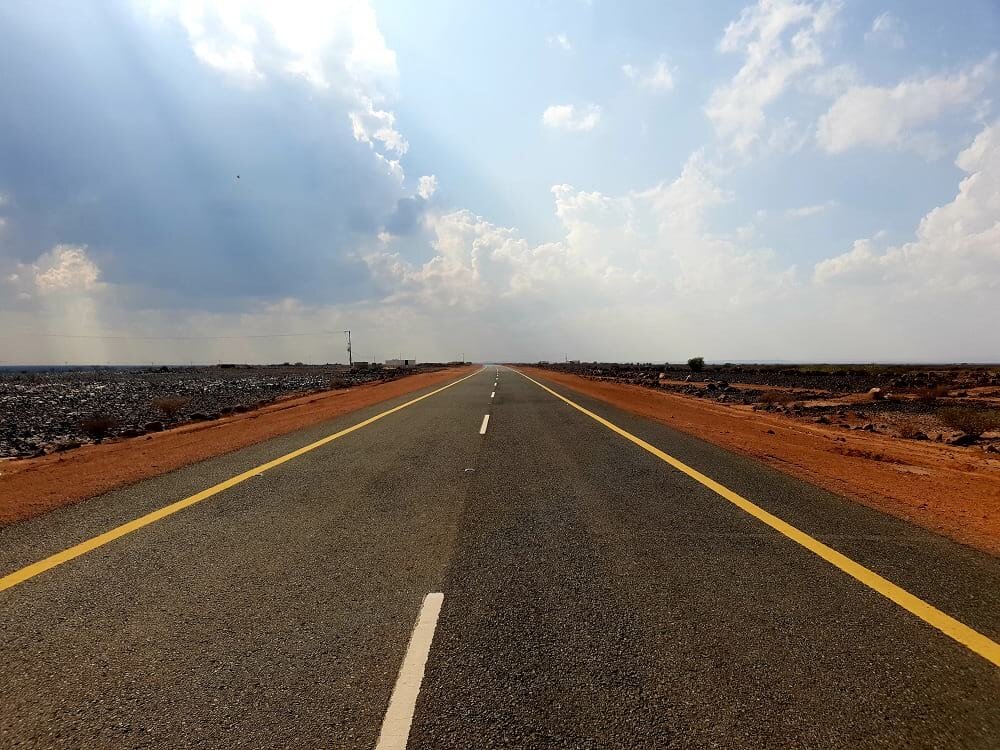 A road through the lava fields. Fortunately, the road was empty. Although, given how poorly everyone drives here, this could simply reflect the fact that most drivers are no longer alive.

The pace of change could upset some locals. However, you get the feeling that the march to liberalisation will continue, given the momentum behind it. And in a few years, visiting places like Al-Hawra, known as the ‘Maldives of Saudi Arabia’, or the archaeological wonder of Al Ul Mada’in Saleh may well become common. With the recent introduction of tourist visas that last for a year, allowing multiple entries of up to 90 days, I’ll certainly be coming again. 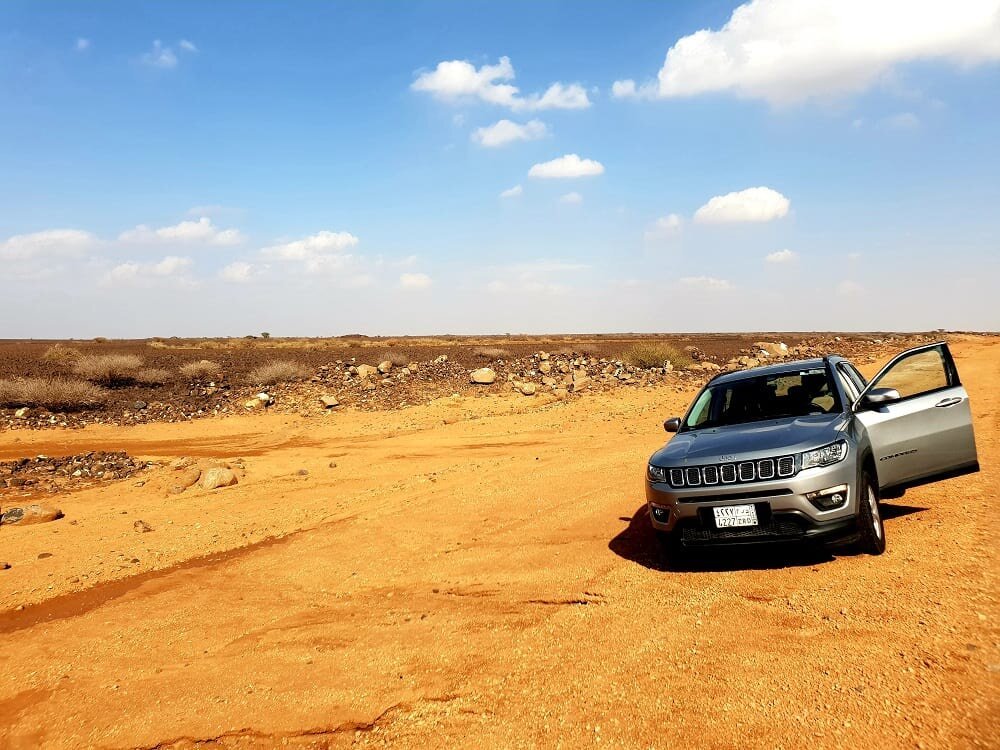 My rental car in the Saudi desert. I approached ‘Jeep’ to see whether they wanted to use this picture to advertise the car, given that all 4×4 manufacturers pretend that people actually use them in scenarios like this. I hazard a guess that this was the first Jeep in years to have left an urban area.

Next Post: Australia – As Good As Australians Relentlessly Boast It Is