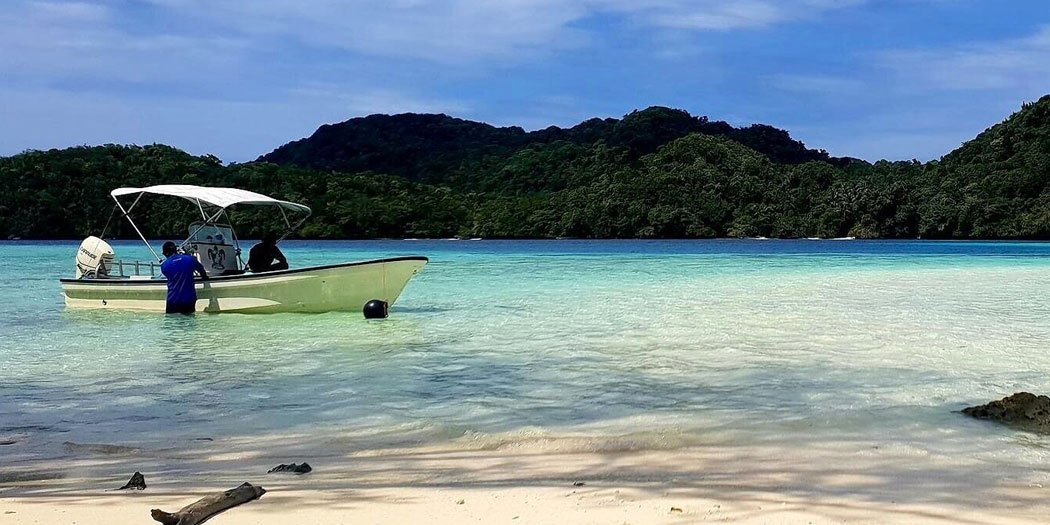 Country #150. I love alliteration, in case you couldn’t tell. My trip to Palau represented a milestone, my 150th country. It was apt that I reached this milestone in Palau, at least in the sense that I’m trying to visit as many countries as possible and 150 is a number. That said, Palau is a truly beautiful collection of islands, perhaps my favourite of any of the Pacific Islands. 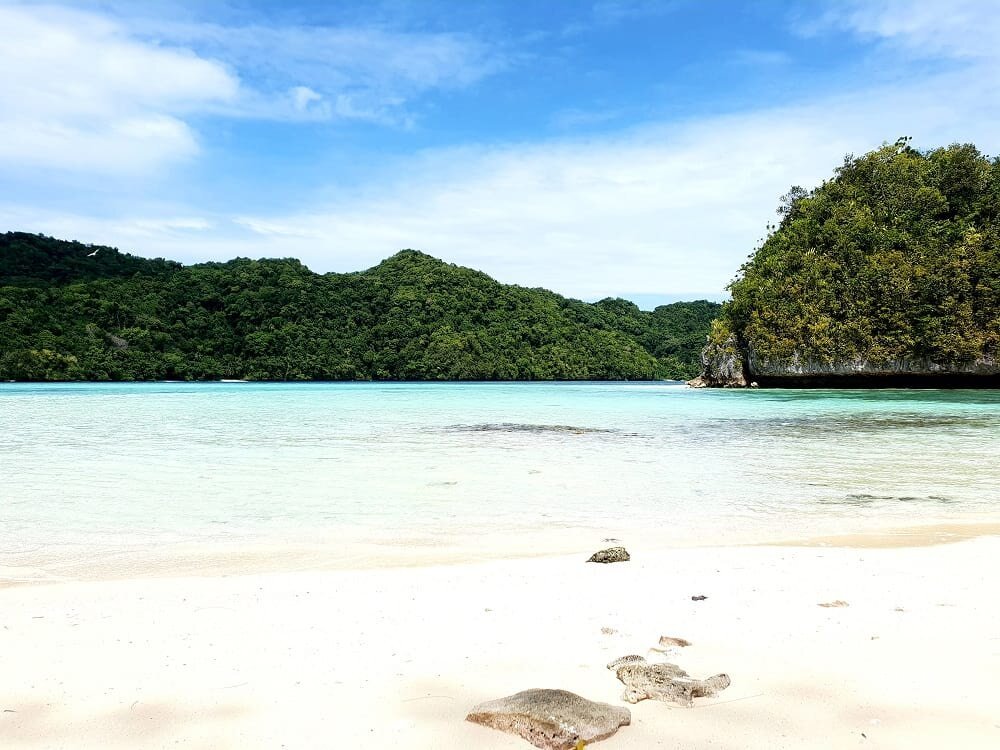 Close to perfection, the pristine beaches of Palau.

There are few places on Earth which have beaches as gorgeous and alluring as those in Palau. Giant grey slabs of limestone – up to 200 metres high in some places – loom over luminous white sand beaches. The water is a clear and bright shade of turquoise, while curved palm trees dot the beaches. Think Koh Phi Phi in Thailand, or El Nido in the Philippines, and you get the gist. And also, probably think: “What a smug and out-of-touch cretin Mike is for boastfully presuming everyone would have visited these places”. The difference in Palau, however, is that you have these beaches completely to yourself. There are barely any tourists here at all, in one of the least-visited nations on Earth.

I would love to say that I bravely climbed a tree to get this coconut, but it was very much brought along by my tour guide for lunch.

The highlight of any trip to Palau will inevitably be a tour of the inventively named ‘Rock Islands’. The islands are like a paradise on Earth. They evoke images of the Garden of Eden, albeit a non-fictitious one. My guide happily took me to some of the best and least-dangerous-sounding sights on offer: 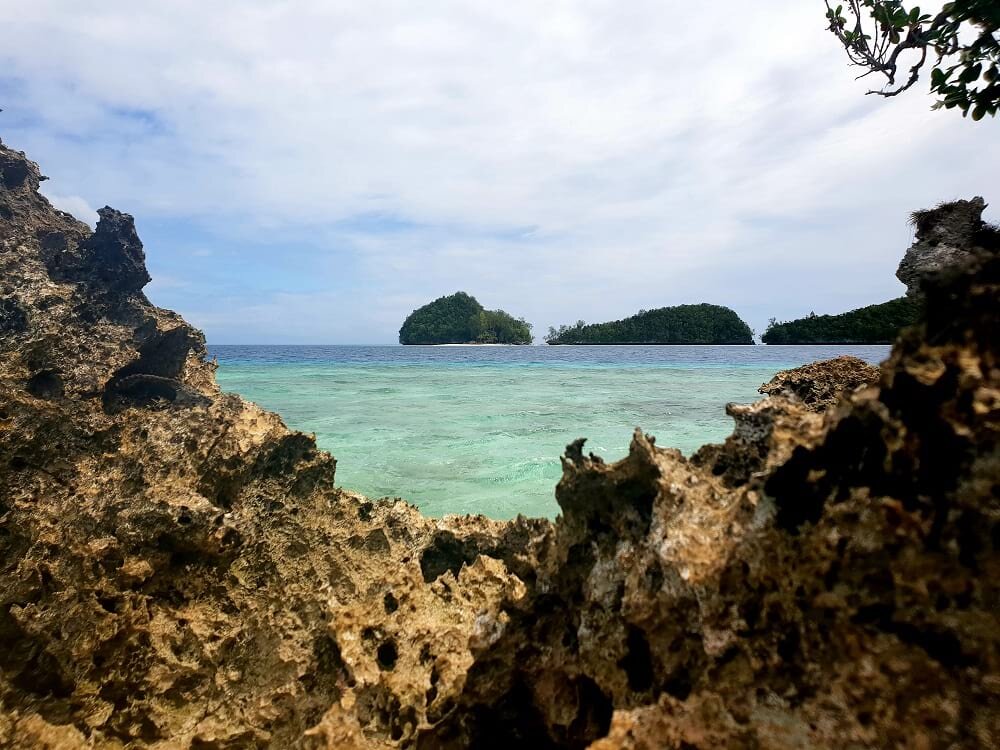 A large bit of rock, on the Rock Islands.

While Tonga has the nickname the ‘friendly islands’, Palau’s would probably be the ‘pristine islands’, in the unlikely event that I one day oversee global country monikers. Palau has some of the strictest environmental regulations I’ve come across. You pay a US$100 conservation fee on arrival at the airport, a further US$50 to enter any national parks, and there’s a ban on suntan lotion (swimming with suntan lotion on can damage the coral). While appearing draconian, the regulations work. The coral is pristine, and the beaches are in impeccable shape. Certainly, compared to the bleached Great Barrier Reef, or the garbage-strewn beaches of some of the other Pacific Islands like Nauru and Kiribati. “He just did it again, pathetic.” 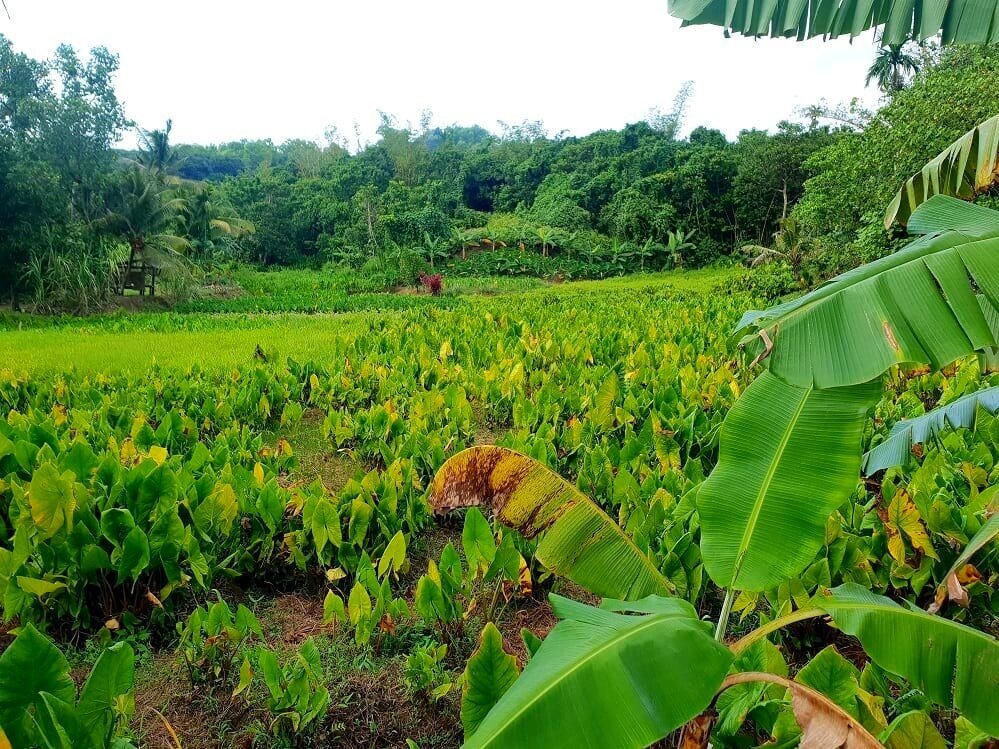 Lush vegetation is commonplace in Palau.

Palau has just 21,000 inhabitants, making it the fourth smallest country in the world by population. It’s so small, that I was sat next to the country’s president on my flight in from Guam (which I almost missed due to being interrogated by US border officials who deemed my travel history suspicious). I didn’t realise it was the president until the border officials started rushing around frantically. Even then, I thought there was a good chance that they were (rightly) pulling out the proverbial red carpet for the arrival of the Travelling Ape. Alas, I was wrong. 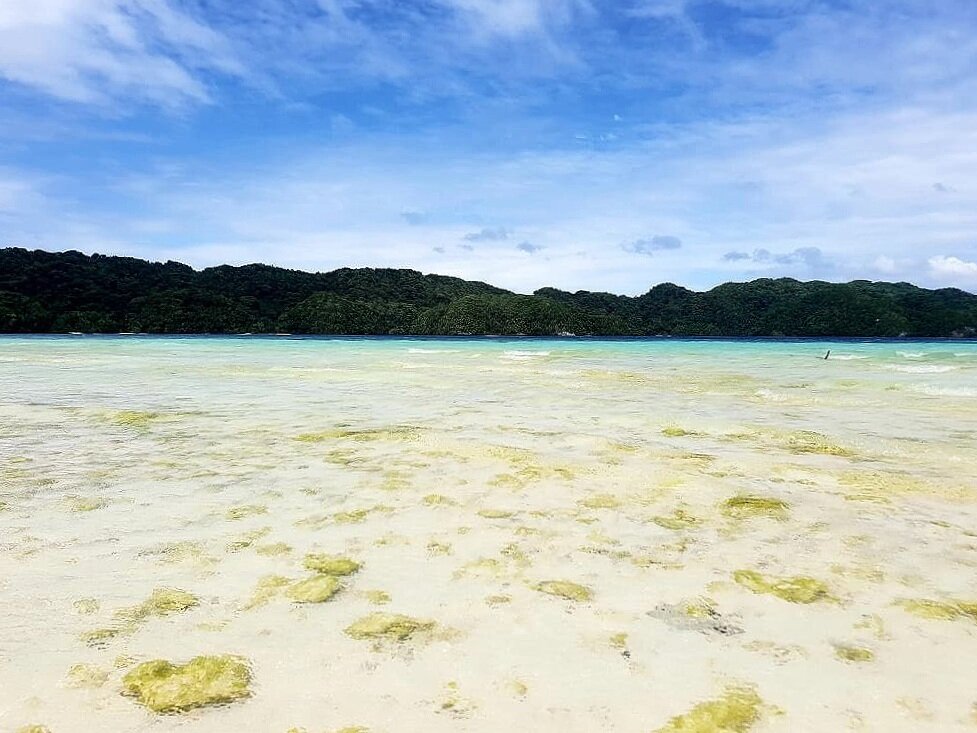 For a small nation, Palau has a rich history, which has in part been defined by its somewhat unfortunate and geopolitically important location in the Pacific Ocean. Japan ruled Palau until WWII, when the island switched hands to the US, following one of the bloodiest battles of the entire war. Several quirks remain today. When the Americans took over, they declared that cars had to be driven on the right instead of the left. Palau still relies on Japan for most of its trade. As a result, the roads are full of secondhand Japanese cars, with steering wheels on the wrong side. 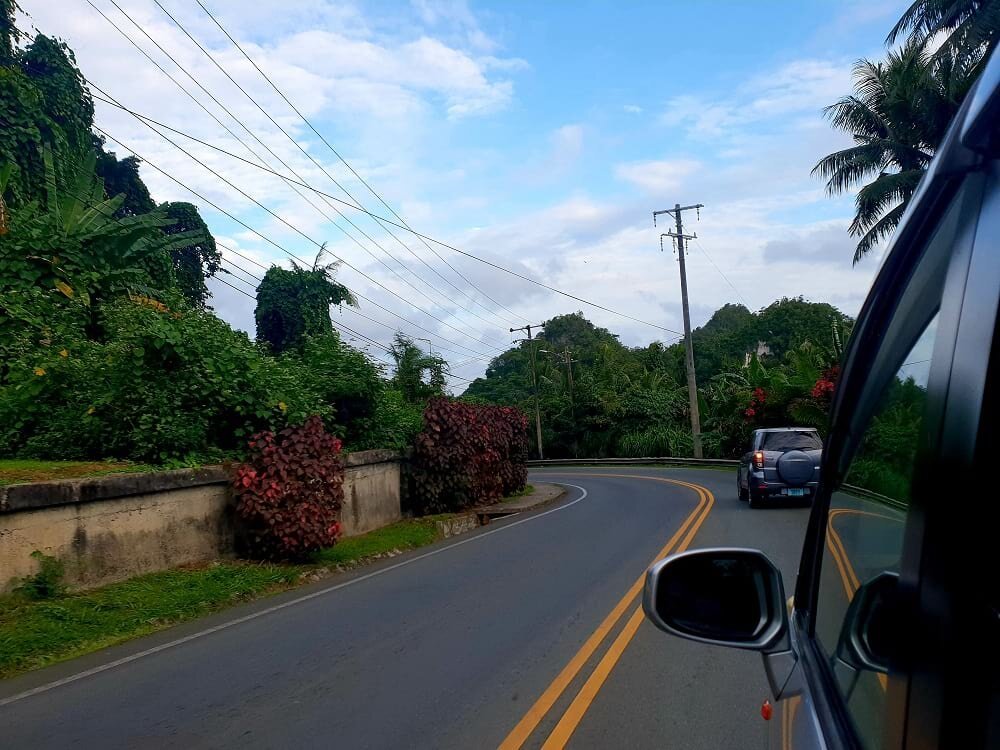 On the road in Palau. These corners are even easier to navigate when the drivers are sat on the wrong side.

A further legacy of Japanese rule can be heard through the language – a mix of Japanese and indigenous dialects – as well as observed in the food, with a wide variety of sushi still eaten in the country. By means of comparison, the main legacy of American rule is a peculiar love of Spam, brought over by US soldiers during the war. When my taxi driver told me this, I laughed audibly (there’s a special place in hell reserved for anyone who uses the acronym LOL as a verb). He looked upset. I guess he never watched Monty Python.

I hope to return to beautiful Palau in the future. It’s hosting the Our Ocean 2020 conference in August 2020 on protecting marine life, likely to be attended by numerous world leaders. This could put Palau firmly on the map for the first time, figuratively at least. Some of it might disappear completely, however, if global climate change predictions play out.

Previous Post: Tasmania – Rugged And Remote Landscapes On The Edge Of The World

Next Post: What Is The Best Country In The World?