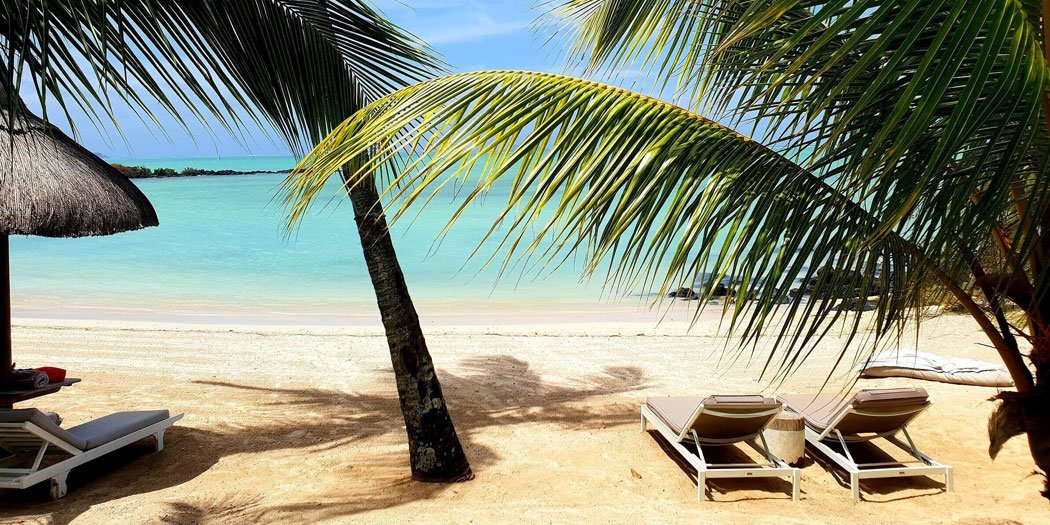 Mauritius – One Of The World’s Best Paradise Islands

Country #13. Mauritius is famous for its incredible powder-white sand beaches and warm, turquoise oceans. It’s not famous for being an off-the-beaten-track destination for ‘travellers’. I have visited the island on several occasions, most recently in December 2019. All of the visits were on family holidays. So I won’t pretend that my trips here were not largely spent relaxing on lovely beaches in pleasant hotels. Or, evidently, that I had a challenging upbringing. But I still feel my trips here warrant an article. 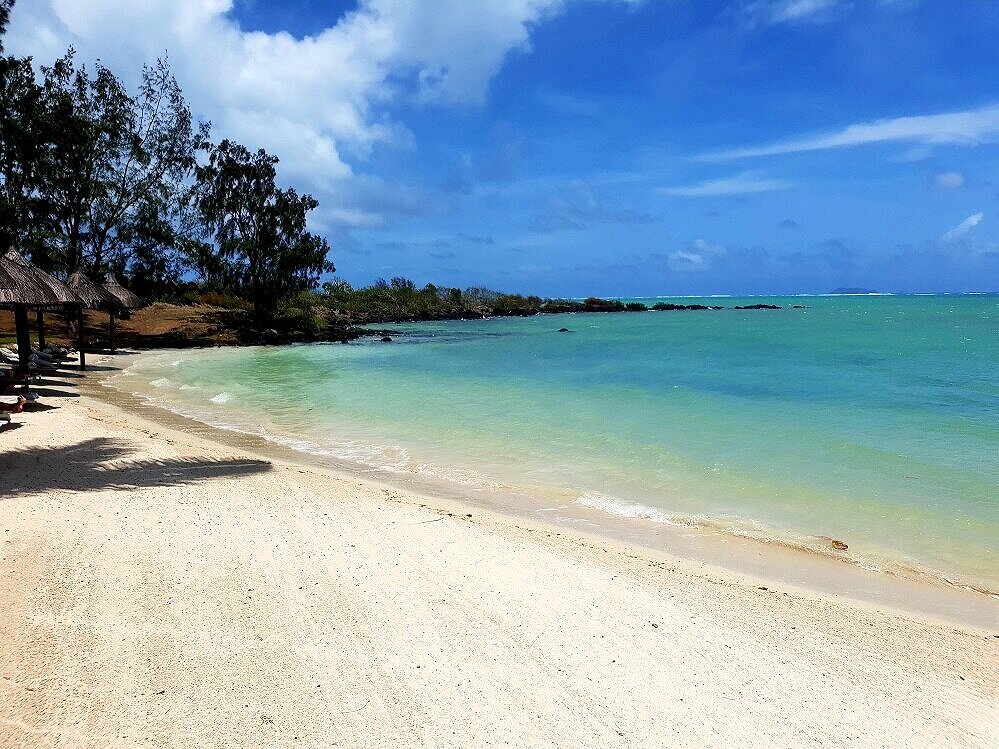 A typical beach in Mauritius. This one is in Grand Gaube, in the north of the island.

For starters, I would argue that there are few islands on Earth as beautiful as Mauritius. The beaches are truly pristine. They almost look too perfect, at times bringing to mind the exotic tropical island images shown on computer screensavers. These thoughts were usually followed by a sadness that I now use digital imagery as a benchmark for natural beauty. Mark Twain more eloquently said, “Mauritius was made first and then heaven; and heaven was copied after Mauritius”. After several visits, I found it hard not to agree with him (apart from the bit about heaven existing). 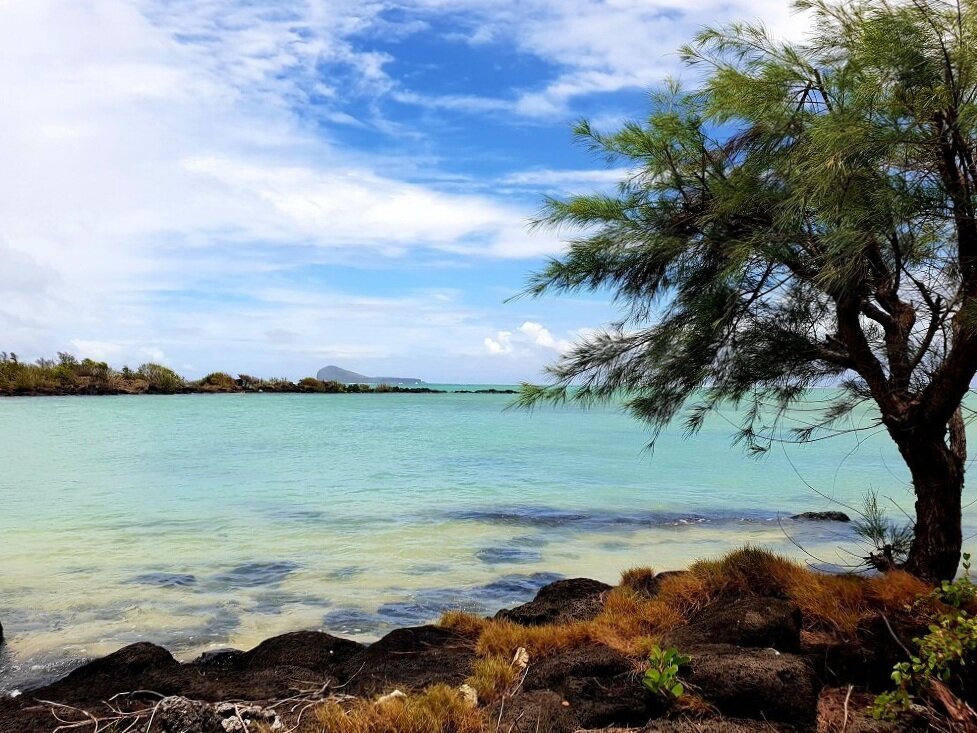 The view of Gunners Quoin Island. Pictures like this are my best attempt to pretend I was rambling around the untouched Mauritian coastline alone, and did not largely remain in the confines of my hotel resort.

There is more to Mauritius, however, than paradisiacal beaches. This is what separates it from rival destinations such as the Seychelles, many islands in the Caribbean, and Hawaii. Mauritius has a lush, green, and mountainous interior, dotted with waterfalls. Le Morne, a giant 555 metre high black basalt monolith at the southwest tip of the island, is awe-inspiring. It’s not surprising that this mountain is a UNESCO World Heritage Site. Mauritius feels more authentic and exotic than other similar destinations. Most notably, Hawaii, where the incredible landscapes have been partially tarmacked over by giant highways and filled with American fast food joints. Mauritian cuisine is delicious, a blend of Chinese, European, and Indian influences. Ah, lovely. What is less lovely is why the cuisine is like this. 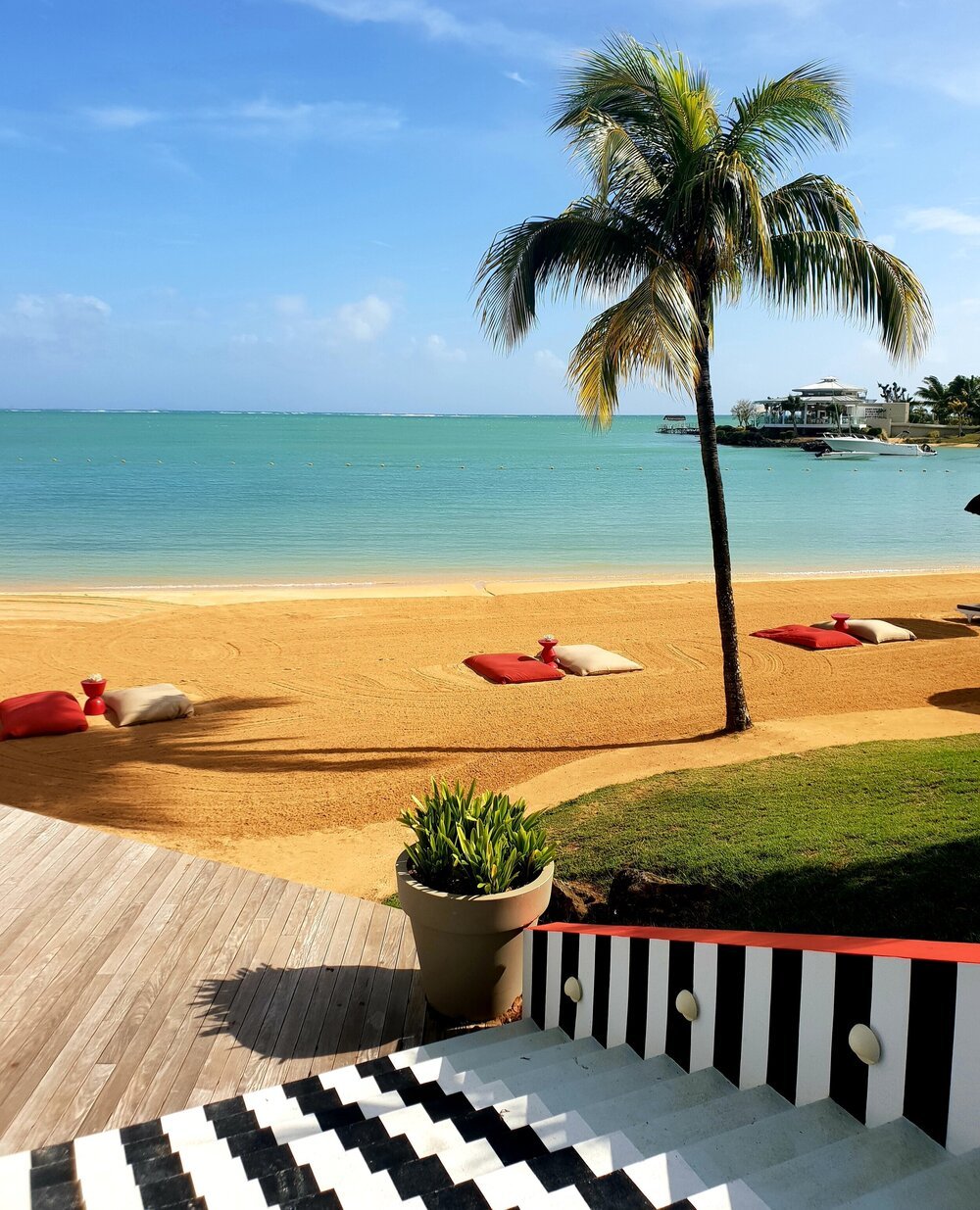 Colourful stairs leading down to the beach. I had to wait for ages to get a photo without a stupid holidaymaker ruining the view, particularly when I was taking selfies in front of the beach.

History (And Europeans) Have Not Been Kind To Mauritius

Mauritius’s culinary traditions have mainly been inspired by former slaves from India, brought over by the British. Their descendants make up a substantial proportion of the current population, as well as Indian and Chinese migrants who came in the 19th century as indentured labour. Mauritius has been passed around by European powers like a hot potato. The Dutch came first in the 17th century, then the French ruled over it and then finally, the British. The flightless dodo became extinct not long after the colonists arrived. Mauritius is now one of the few countries in the world that has a national symbol which does not actually exist. Wales and Bhutan have the dragon, which I suppose is even more tenuous.

Mauritius claimed independence from the UK in 1968. As part of the deal, the UK took control of the Chagos Islands, previously owned by Mauritius. It evicted the island’s 1,000 inhabitants to make way for ‘Diego Garcia’. While this sounds as though the population of the Chagos Islands were removed to make way for a very Spanish man, Diego Garcia is in fact a massive military base leased out to the US that still sits on the islands. The International Criminal Court of Justice (ICJ) in The Hague ruled in 2019 that the Chagos Islands should be handed back to Mauritius to complete its decolonisation. I’m not holding my breath. 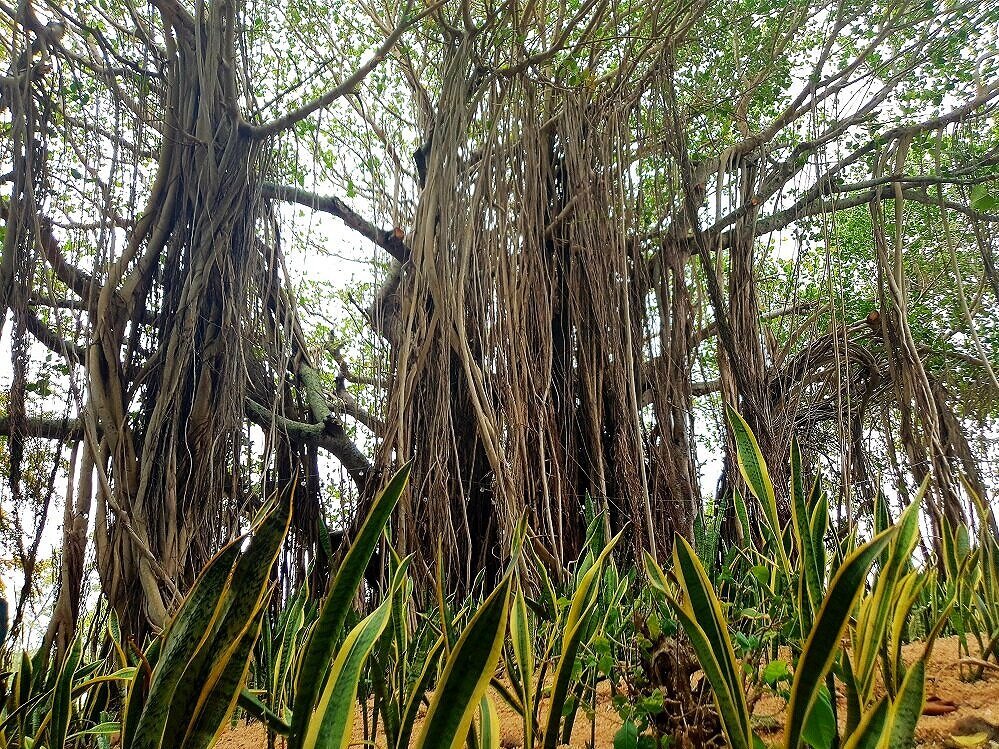 Despite the challenges Mauritian citizens have faced through centuries of colonial rule, the country is a rare African economic success story. Mauritius is the wealthiest country in Africa in GDP per capita terms, with average earnings over double that of even South Africa. Investment in the textile sector, and then lax financial regulation in the banking sector, have contributed to its rise. The latter being fancy words for saying: Mauritius is an offshore tax haven. While not perfect, Mauritius is perhaps the most mature democracy in Africa. Looking at a world map, and indeed culturally, its inclusion in Africa seems fairy tenuous. 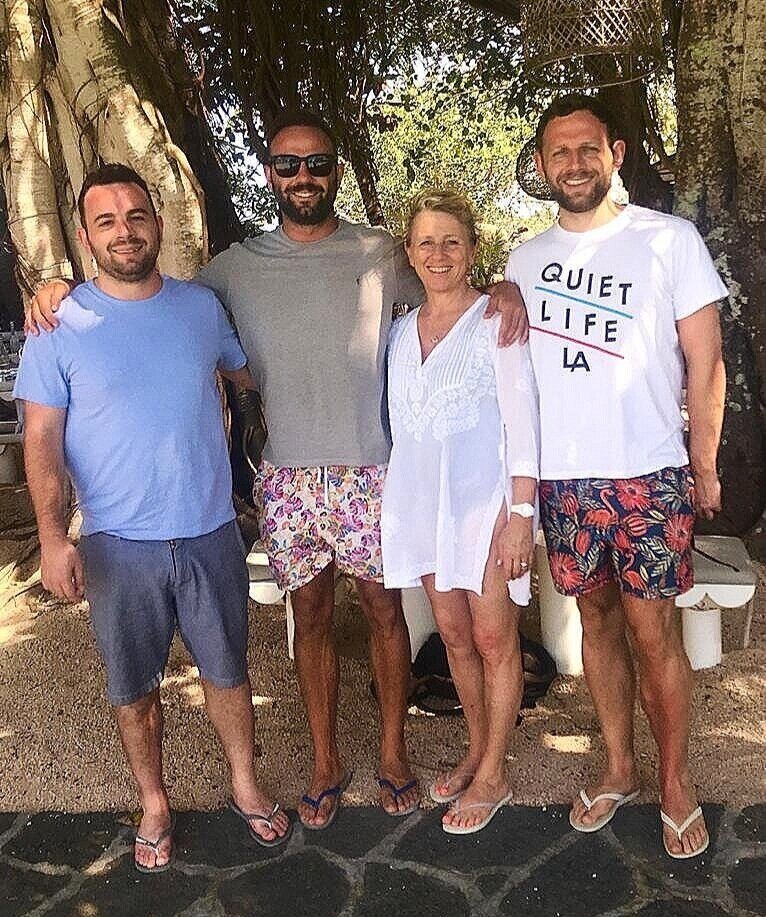 My family and I. As you can see by the clothes we were wearing, ‘travelling’ in Mauritius is not for the faint-hearted.

Tourism is obviously a major part of the country’s success. The sector is worth 25% of total economic output (GDP) and is its main employer. Successive administrations cleverly worked out that targeting the luxury tourist market would achieve three things:

They have spectacularly succeeded here in every respect. I probably managed to slip through the net on a technicality. 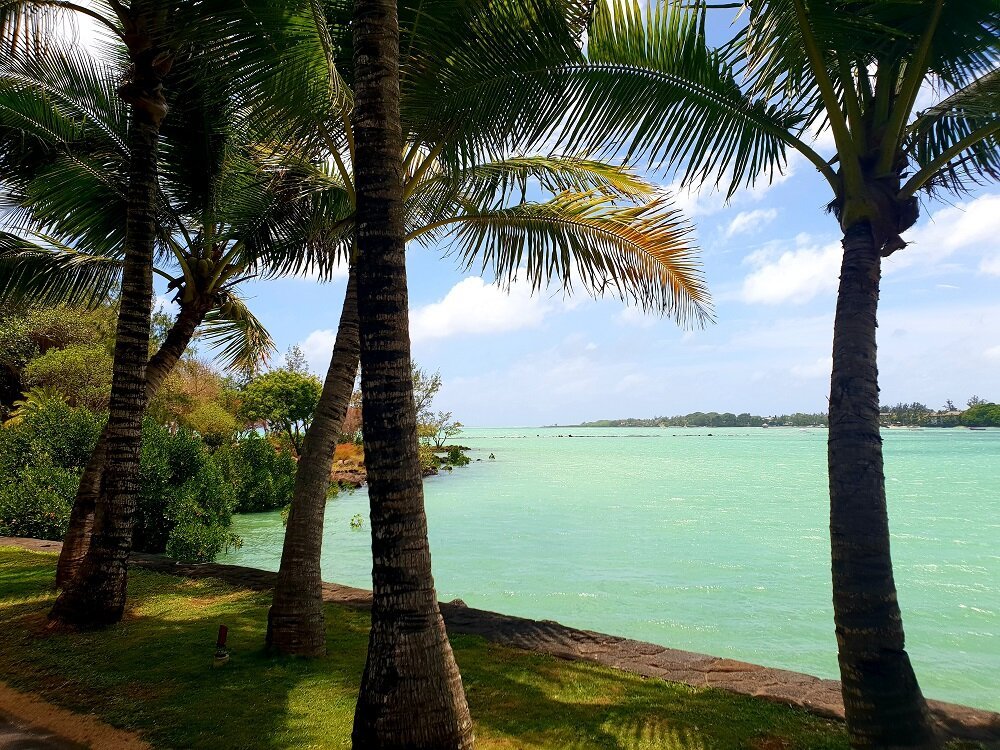 Grand Gaube, Mauritius. I was hesitant to write this article and to include pictures. Even more than usual, I was worried that this blog post would look like a convoluted attempt to boast under the guise of ‘informing others about the world’. That said, if you really think about it, why do you post anything on social media? If you get down to the crux of it, social media websites are simply glorified boasting platforms. “Look how great my life is and how happy I am all of the time,” would be a better name for Instagram, despite it having literally the opposite effect on societal mental health. Please check out my Instagram, though.

Previous Post: Australia – As Good As Australians Relentlessly Boast It Is

Next Post: Indonesia – Singing The Praises Of Beautiful Bali