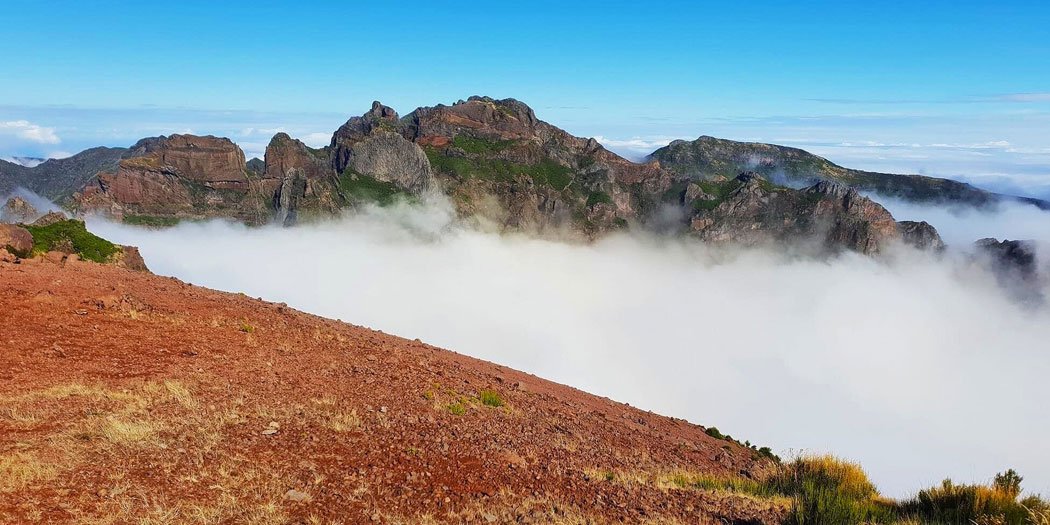 Portugal – Could Magnificent Madeira Be Europe’s Most Exotic Island?

“If we had two or three Cristiano Ronaldos in the team, I’d feel more comfortable – but we don’t.”

This quote was from Madeira’s favourite son, football superstar Cristiano Ronaldo. In his usual understated style, he explained why he continued playing during a 2014 World Cup match for Portugal, despite being injured. His regular use of third person hints at the man’s gigantic ego. If you didn’t know that Cristiano Ronaldo came from Madeira, reading an article from Mike Richards about Madeira will leave you in no doubt. 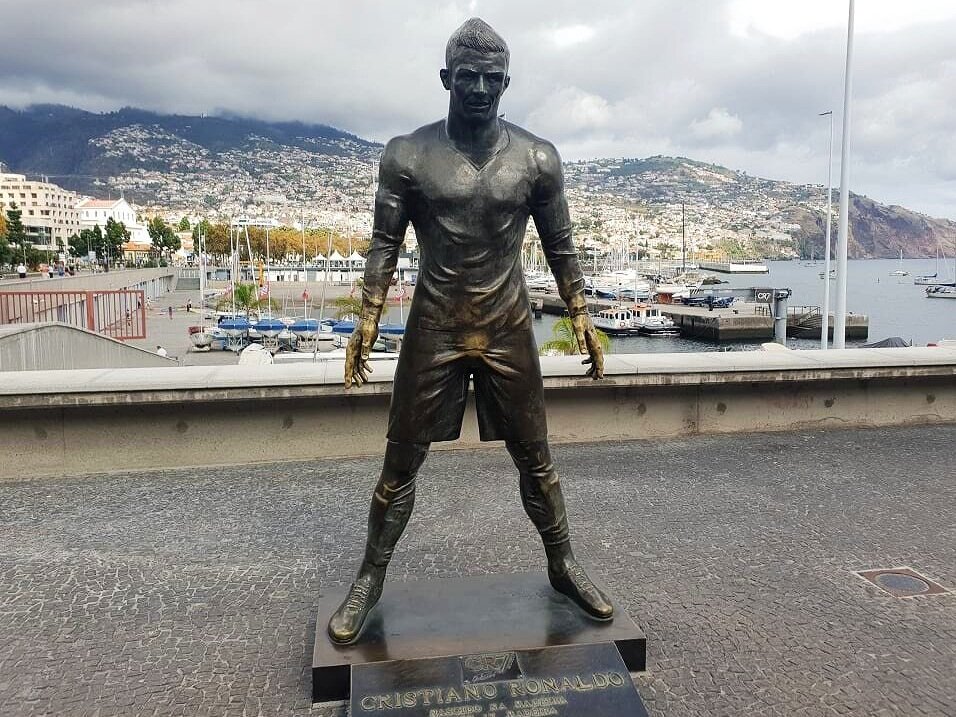 This statue of Cristiano Ronaldo in Funchal is even bigger than the one at Madeira airport. It caused a media storm (and collective giggles) when it was revealed. I’ll leave you to work out why.

Given that Madeira is essentially a large dormant volcano poking out of the sea, there isn’t much flat land anywhere. The approach to the runway, much of which has been built out on giant stilts into the ocean, is hairy. But any emotions relating to fear will be swiftly changed to awe, as you touch down at Cristiano Ronaldo International Airport (at least in his mind). While most people get things named after them when they’re dead, the airport got renamed when Ronaldo was just 31. It made headlines for having a cartoon-esque bust of him outside. Sadly, this has since been replaced by a much more realistic sculpture just outside the arrivals hall. Fortunately for me, there was another 10ft statue of the man to visit. This one sits outside ‘Museu CR7’ in the capital, Funchal. Phew. 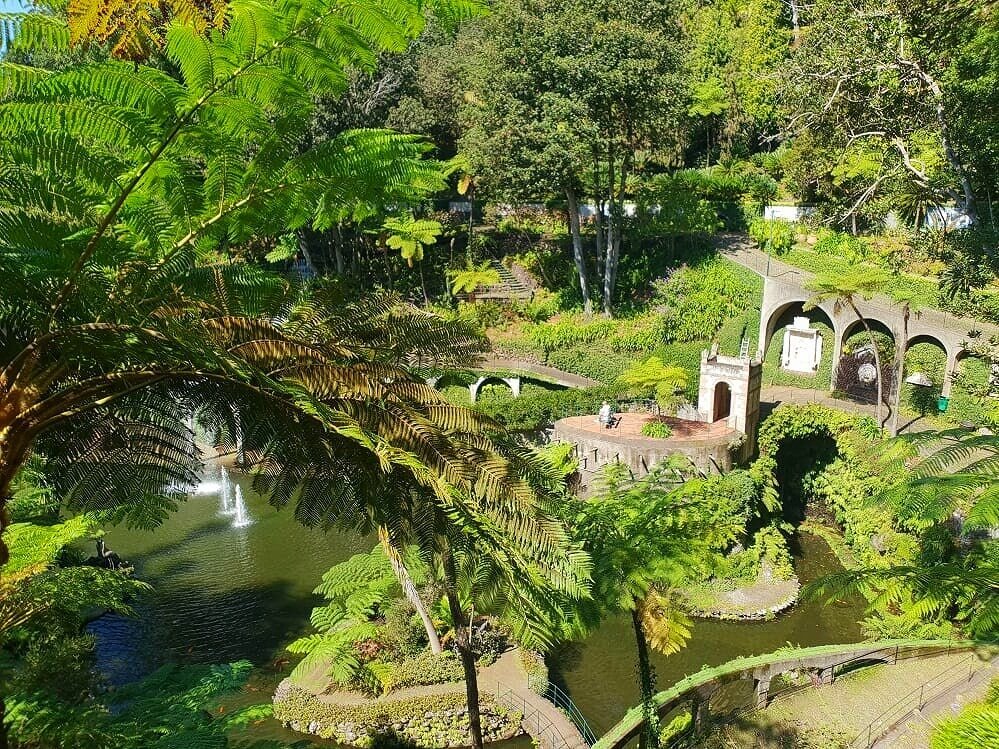 Would you be right in thinking the Madeiran government thought that the museum would be a great tourist attraction and funded it? No. The brainchild and the financial backing for the project came from one Cristiano Ronaldo, who has since opened a ‘CR7’ hotel next door. There’s something I love about the brazen narcissism of the man. Not only because most of his incredibly arrogant quotes are true – like the one at the beginning of this article – but because he behaves in a way that, secretly, many of us would like to. We just aren’t good enough at anything to get away with it. For me, the Messi vs Ronaldo debate is not really about football. It’s about how their supporters like to be perceived. Messi is the humble and quaint team player, picked by people who want to be “nice”. Ronaldo likes to commission huge statues of himself. I’m in camp Ronaldo, as many of us secretly are. 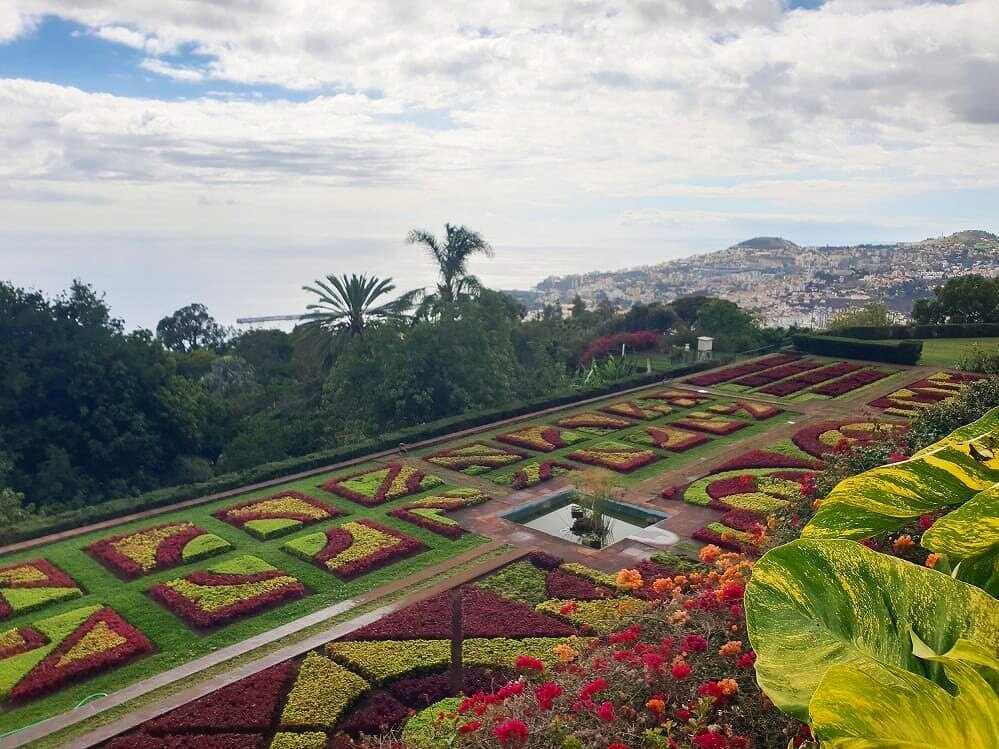 One Of Europe’s Gems… Is Barely In Europe

If you’re still reading, congratulations! You either like football lots, or grimaced through the previous three paragraphs because you were already planning a trip to Madeira. The first thing to say is that most Madeirans don’t prance around in CR7-branded underpants declaring their greatness all the time, like he does. All who we met were lovely, friendly, and charming. With only 260,000 people living here, there appears to be a strong sense of community on the island. Situated 500km from Morocco and quite far from mainland Portugal, it’s no surprise that a slower and more relaxed pace of ‘island life’ has emerged here. 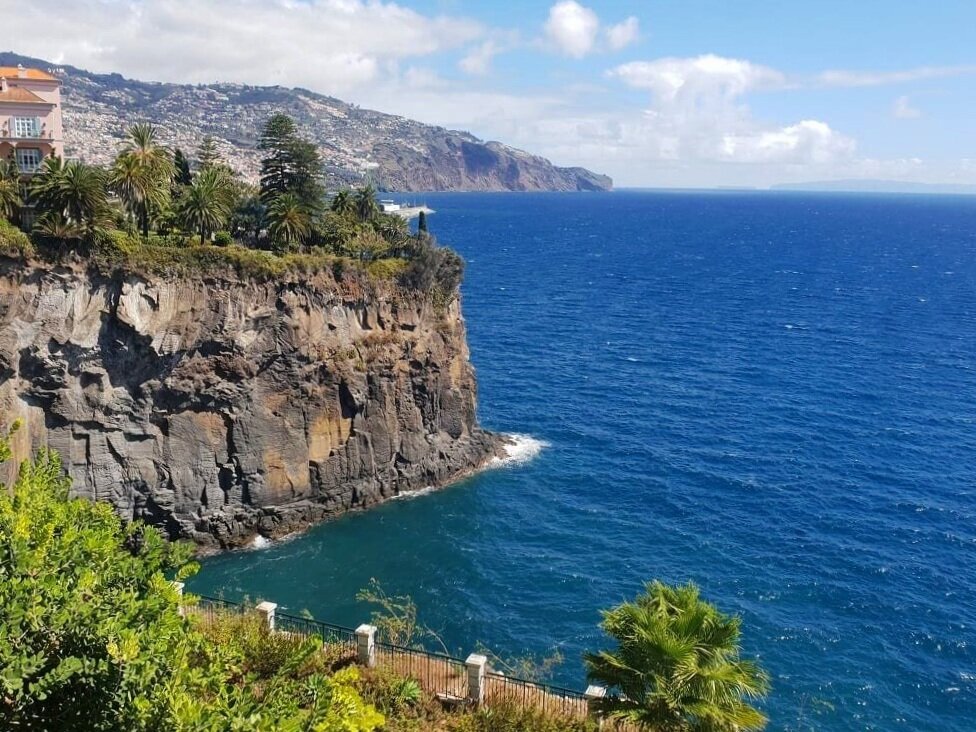 If you’re looking for beaches, Madeira isn’t for you. Due to its volcanic nature, there isn’t a proper beach on the entire island. Instead, there are plenty of stunning cliffs.

Upon landing, we were greeted by friendly Covid-19 helpers at the airport. Currently, Madeira is open for business, having had great success in dealing with the virus. You can get a Covid test in advance of your trip, or you can have a free test at the airport on arrival. You get your results in around six hours. If it comes back positive, you’ll have to quarantine here for 14 days. While this might sound fine, you will be tracked by an app and not allowed to leave your hotel room (which you’ll foot the bill for). 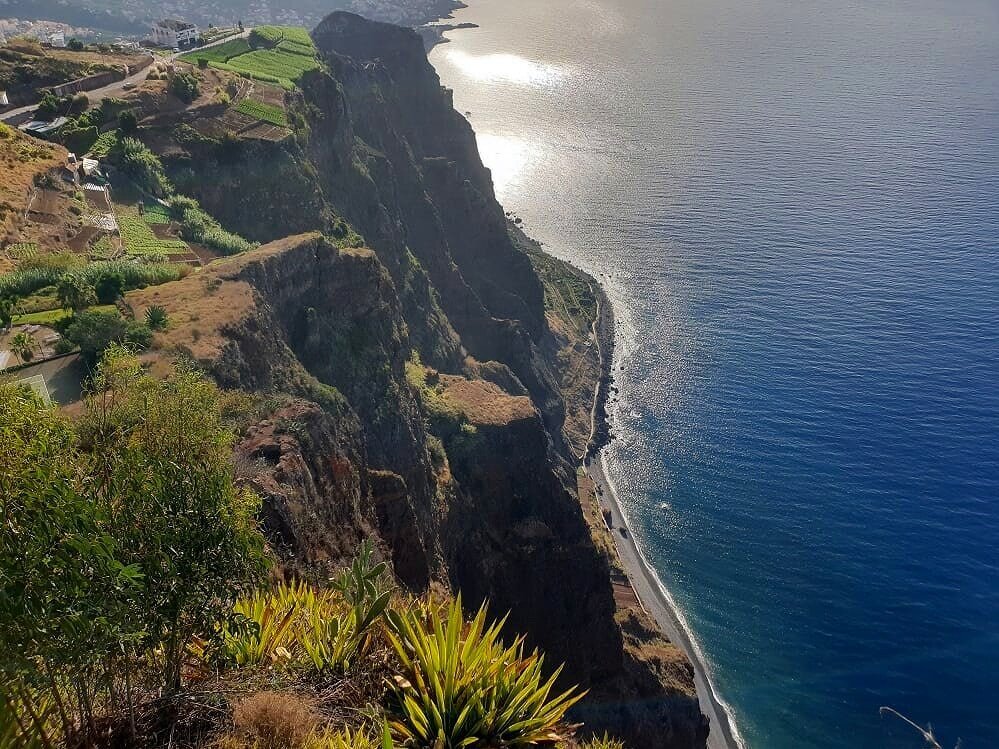 Cabo Girao, one of the tallest sea cliffs on Earth.

In my view, it’s a risk worth taking. Madeira is one of the most beautiful islands I’ve ever been to. It’s definitely the most exotic island in Europe, perhaps reflecting its location a not-insignificant distance away from Europe, in the Atlantic Ocean. Madeira is volcanic, green, and rugged. The island juts and thrusts implausibly out of the ocean; nowhere more so than at Cabo Girao, a 580-metre cliff with a glass skywalk at the top. It’s one of the highest sea cliffs on Earth, and is quite a spectacle. 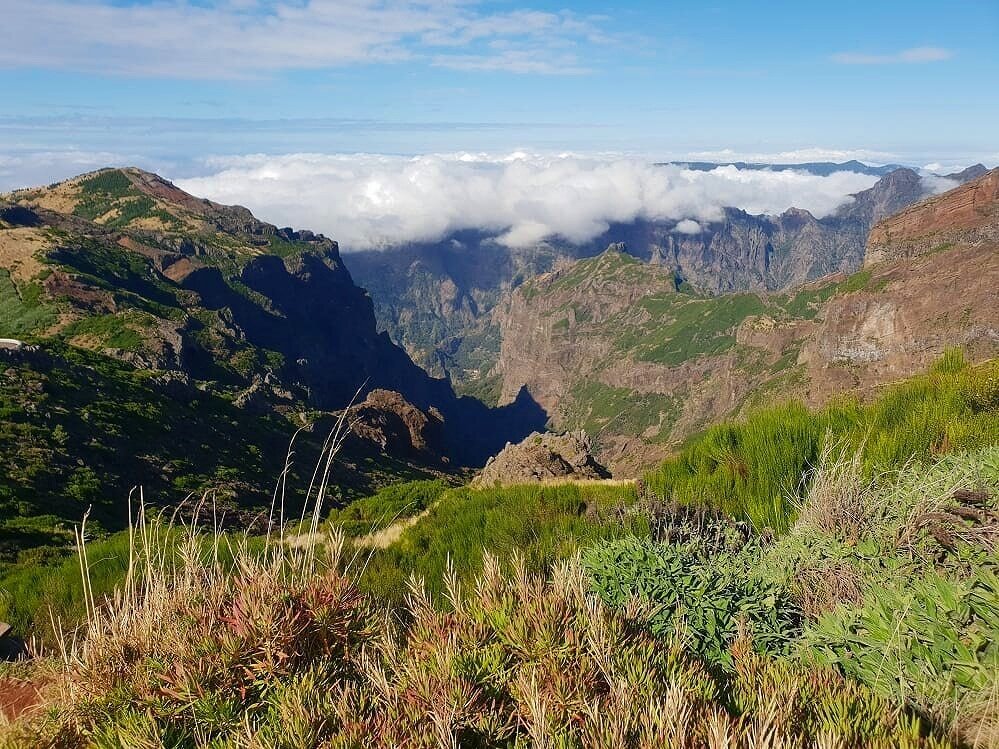 The stunning views from Pico do Arieiro, Madeira.

A Trip Above The Clouds

What makes Madeira so special is the diversity it offers, in such a small place. The tiny size of the island means that just 30 minutes from the cliffs, my mum and I found we were in a completely different world, up at Pico do Arieiro. We had climbed up to an astonishing 1,800 metres (in a car). For context, this is as high as some of the highest European ski resorts, and is twice as high as England’s tallest peak, Scafell Pike. It snows here in winter. There’s even an observatory up at the top, given its uninterrupted views of the stars. 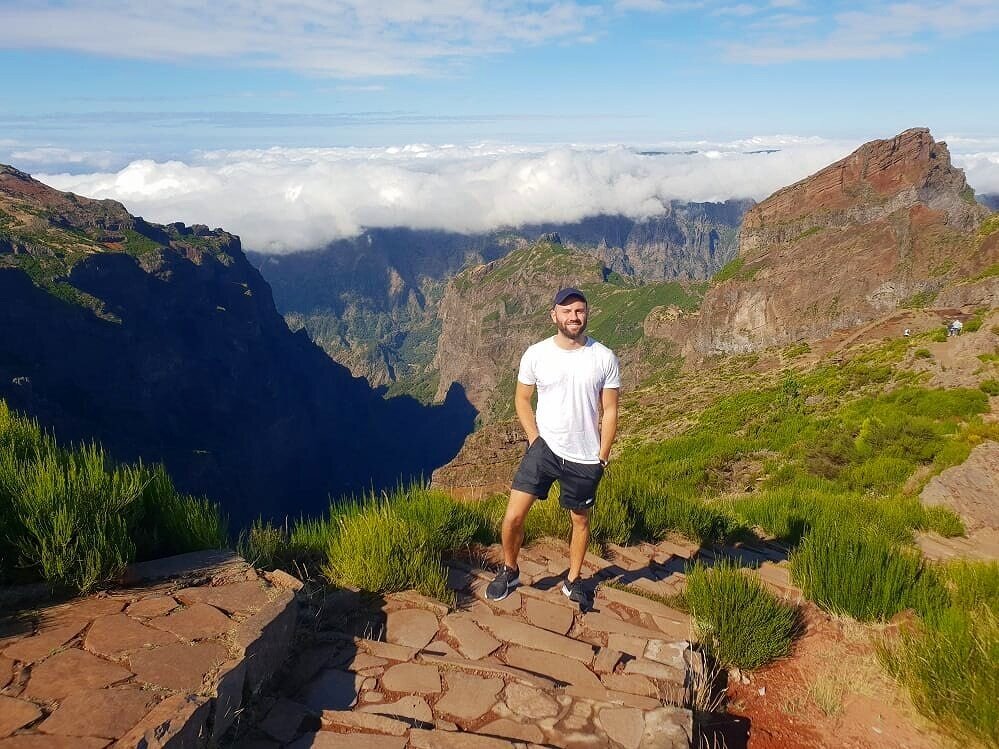 The drive up to Pico do Arieiro was interesting in a tiny Fiat Panda, which was seemingly powered by a lawnmower. It’s one of the steepest drives I’ve done anywhere, a testament to how pointy this little island is.

Being above the clouds gives Pico do Arieiro a surreal quality. Granite cliffs, with blood red earth, jut out from the endless white cloud formations below. Put simply, it’s one of the most stunning places I’ve ever been to. And it’s a short drive from the centre of the capital, Funchal, and only a three-hour flight from Europe. You usually have to travel much further to see scenery like this, and at the moment this is almost impossible. Driving down from arid and angular peaks, you pass through clouds, pine forests, and then finally, reach Funchal. The capital is chaotic. Unsurprising perhaps, given its location on the side of a volcano, which appears to crash directly into the sea. 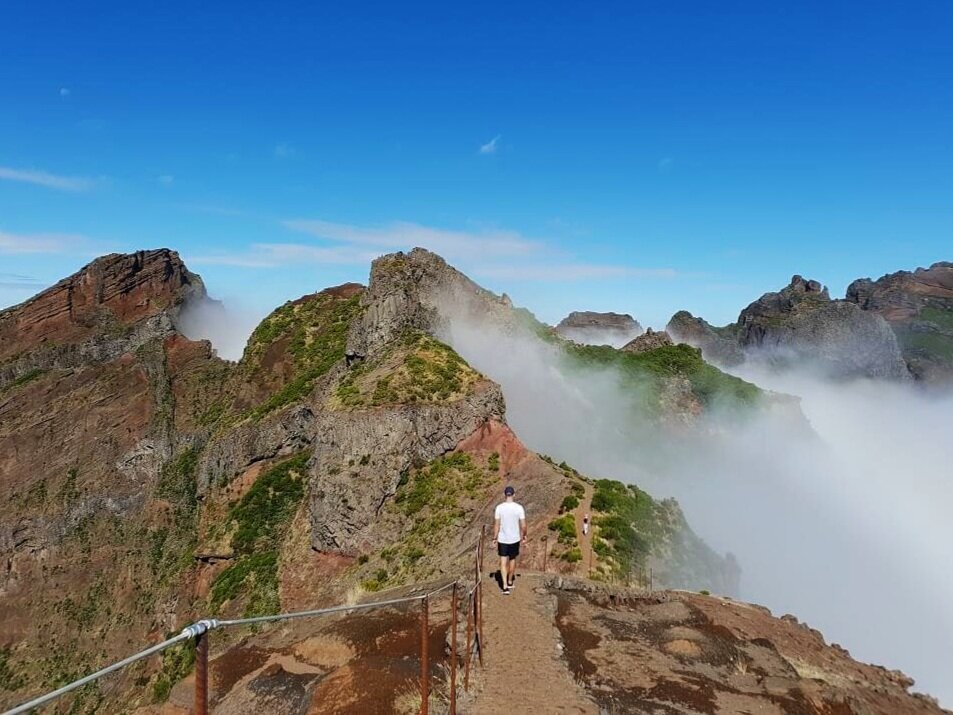 The otherworldly landscapes on Madeira. After this picture was taken, I continued to walk wistfully into the distance. For about five metres. Before turning around, checking the photo looked OK, then having another one taken. The unparalleled joys of unplugging in nature.

There are advantages to these peaks, however. The first is incredible viewpoints, pretty much wherever you go. None more so than from the Botanical Gardens, which displays some of the unique and colourful flora for which Madeira is famous. Second, because you can ride down the hill on a primitive sort of land gondola from here. You pay to be pushed down the hill on a Monte sledge, accompanied by two immaculately dressed carreiros (sledge drivers). An aversion to spending money on ‘tat’ or tourist-trap experiences meant I chose instead to drive slowly behind the sleds in the car. While disappointing to my mum, I feel vindicated that we were able to steal as much of their experience as we could for free. 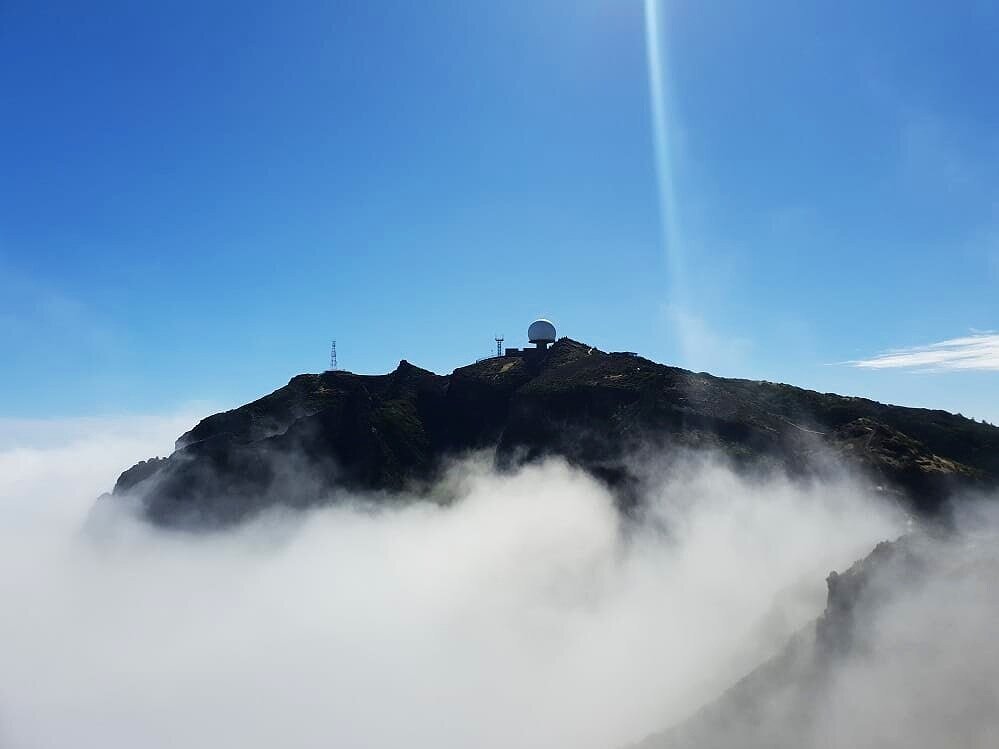 Pico do Arieiro is so tall that there’s an observatory at the top.

Driving to the north of the island from Funchal, you pass the barren and striking cliffs of Ponta de Sao Lourenco. And yet, within minutes, you can drive up into the hills and find yourself in tropical-looking rainforests. A fantastic way to do this is by going on a ‘levada walk’. There are around 2,500km of them squeezed onto the tiny island, dating back to the 16th century. You walk next to narrow water channels, which were built to irrigate crops and supply fresh water from the tops of the mountains to the coastal settlements below. 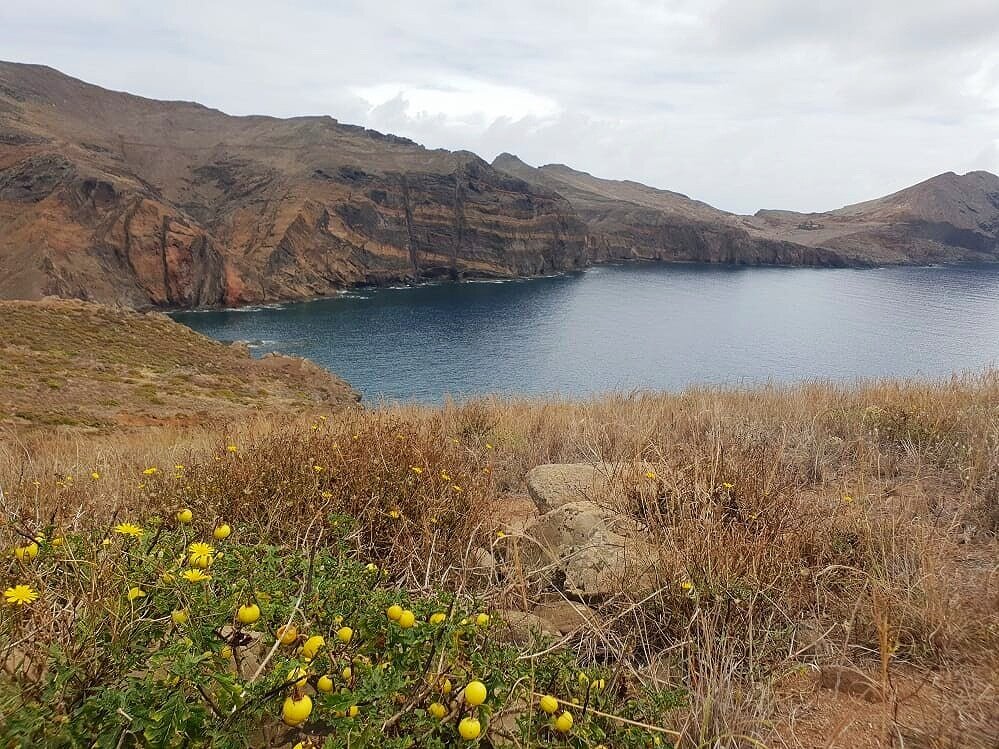 The Ponta de Sao Lourenco cliffs, which you feel like you’re about to crash into when you land at Madeira’s notoriously hair-raising runway. A pilot friend of mine described the approach as a “tricky one”, something I feel pilots should not be allowed to say about anything where a minor mistake has such fatal consequences. Landing a plane isn’t the same as playing a golf hole.

I’d recommend the Levada Caldeirao Verde PR9 walk, which I presume will be renamed Levada Caldeirao CR7 at some stage in the future – along with the rest of them. At times, you snake along the narrow slippery cobbles of the levadas, perched on top of perilous drops of hundreds of metres. Passing stunning rainforest vistas and waterfalls, you’d be hard pressed to think you were in the same country as the one on show at the top of the mountains. And yet, the sky-scraping peaks of Madeira are only a few kilometres away. 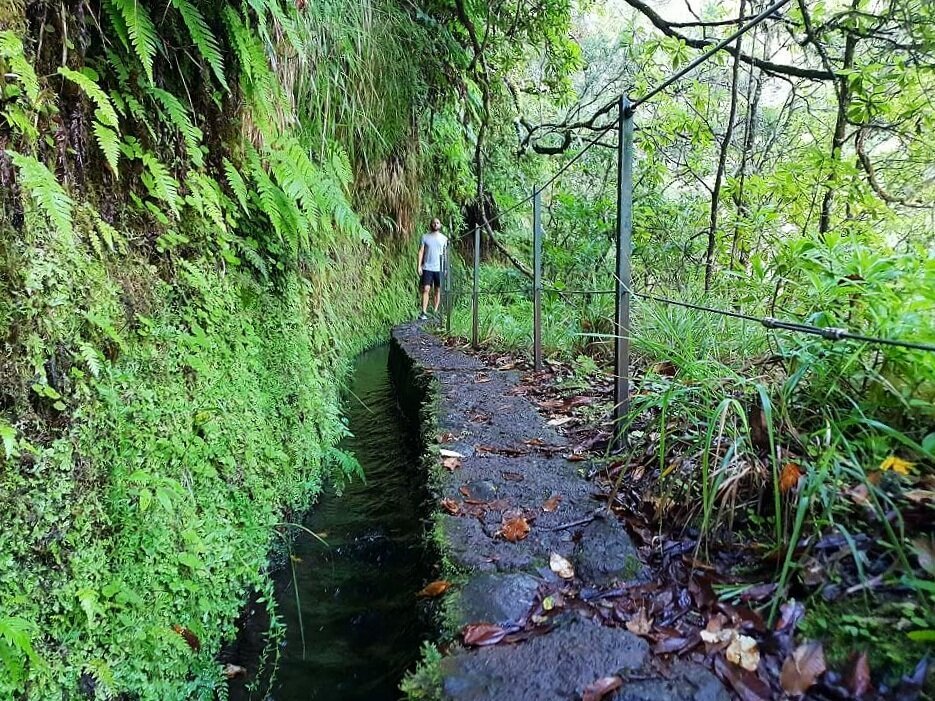 One of Madeira’s levada walks, surrounded by lush, damp vegetation.

A Glass Of Madeira, My Dear

After narcissistic footballers, Madeira’s other most famous export is wine. Madeira wine has been around for years. In fact, after the signing of the US Declaration of Independence in 1776, jubilant signatories toasted the occasion with a glass of Madeira. Will local Madeirans toast with a glass of the good stuff when they win independence from Portugal one day? Not by the looks of it. In the age of petty nationalist politics, there doesn’t appear to be an independence movement at all here. There was one in 1975-78, but that was the extent of it. I find this attitude refreshing. Much more so than a glass of Madeira wine, actually. Perhaps it’s possible for the abstract concept of internationalism to be as tasty as any drink? If so, I’ll drink to that. 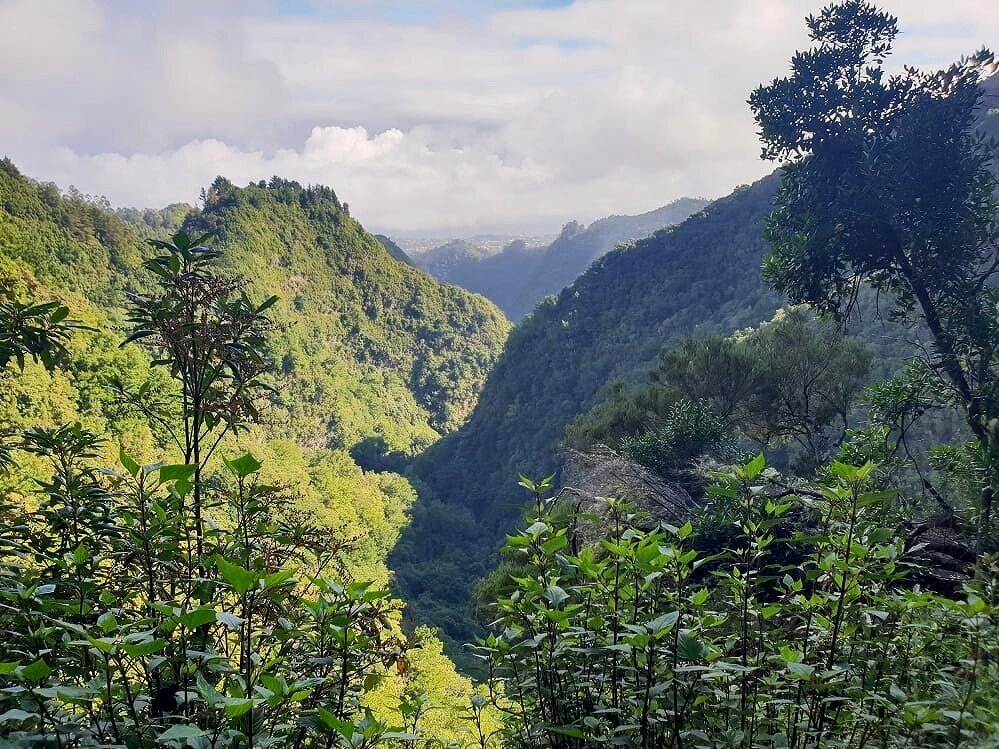 Some more of Madeira’s stunning beauty. Have you booked your ticket yet?

Next Post: How Science Shows Us The Benefits Of Meditation