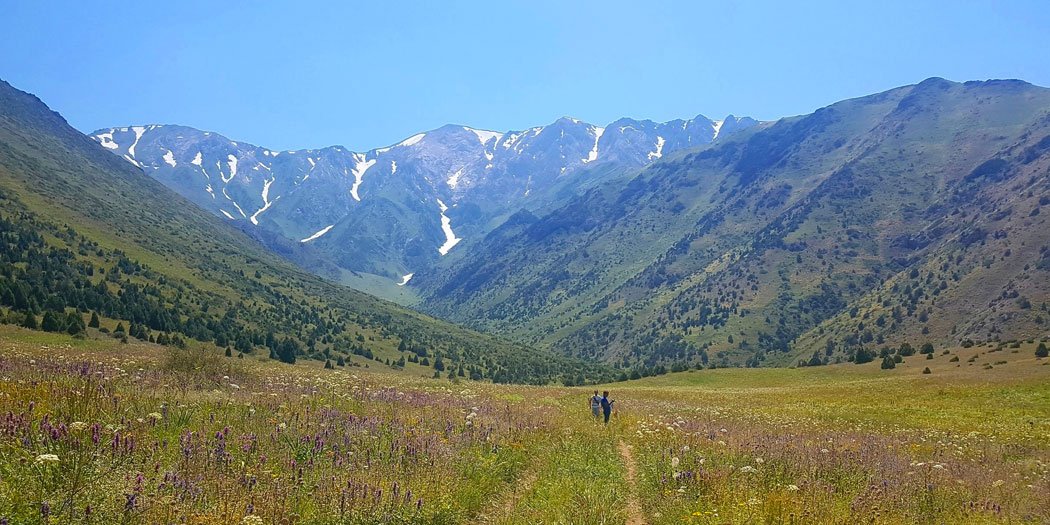 Country #109. “Kazakhstan greatest country in the world, all other countries are run by little girls. Kazakhstan number one exporter of Potassium…” goes Kazakhstan’s national anthem in the comedy film Borat. It was also infamously played when a member of the Kazakhstan shooting team won a gold medal and the wrong song was ‘accidentally’ aired. It’s hard to talk about Kazakhstan without mentioning the character created by Sacha Baron Cohen. Many people argue that the film showed the country in a negative light, misrepresented it ethnically, culturally, historically, and even geographically (scenes featuring Borat’s hometown were filmed in Albania). These arguments are all correct. However, I believe that the film may have actually been a blessing for the country. Hear me out. 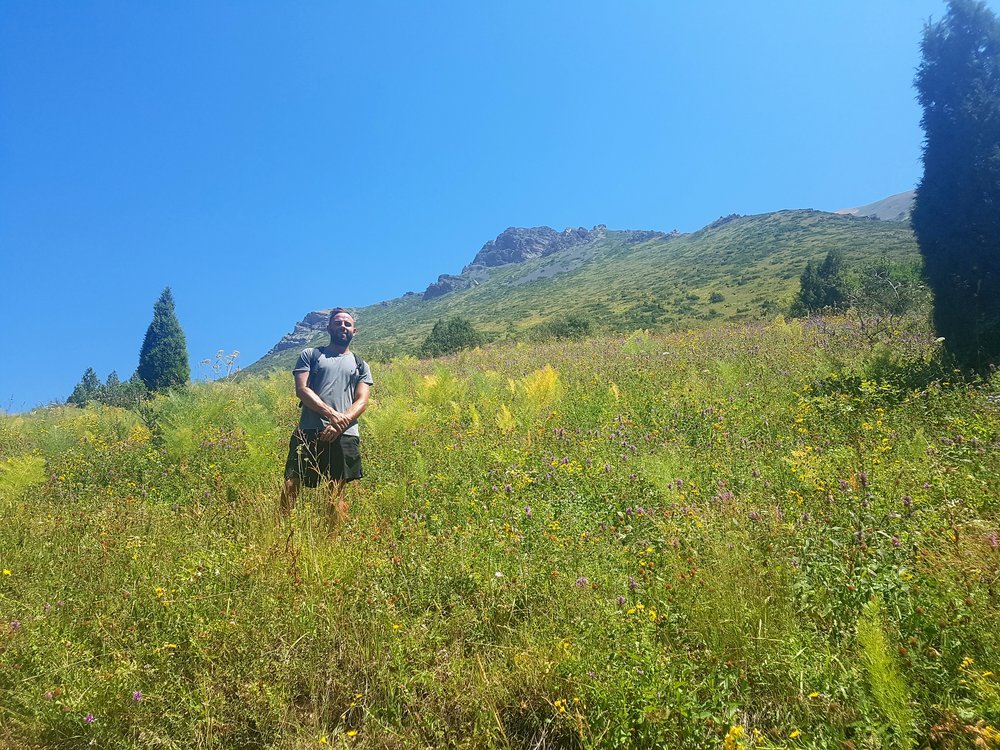 The hills are alive, with humans who like world scratch maps. Beautiful Kazakh meadows.

For starters, Kazakhstan is easily the most famous, or least forgotten, country in the Central Asia region. This is mainly down to Borat. While the film represented the country inaccurately, most people viewing it were probably wise enough to know that Borat is not a real person (I hope), and so doesn’t represent the Kazakh populace. As the saying goes, any publicity is good publicity. The country’s long ruling president, Nursultan Nazarbayev, said the “film was created by a comedian so let’s laugh at it, that’s my attitude”. But behind closed doors, I doubt he was laughing. 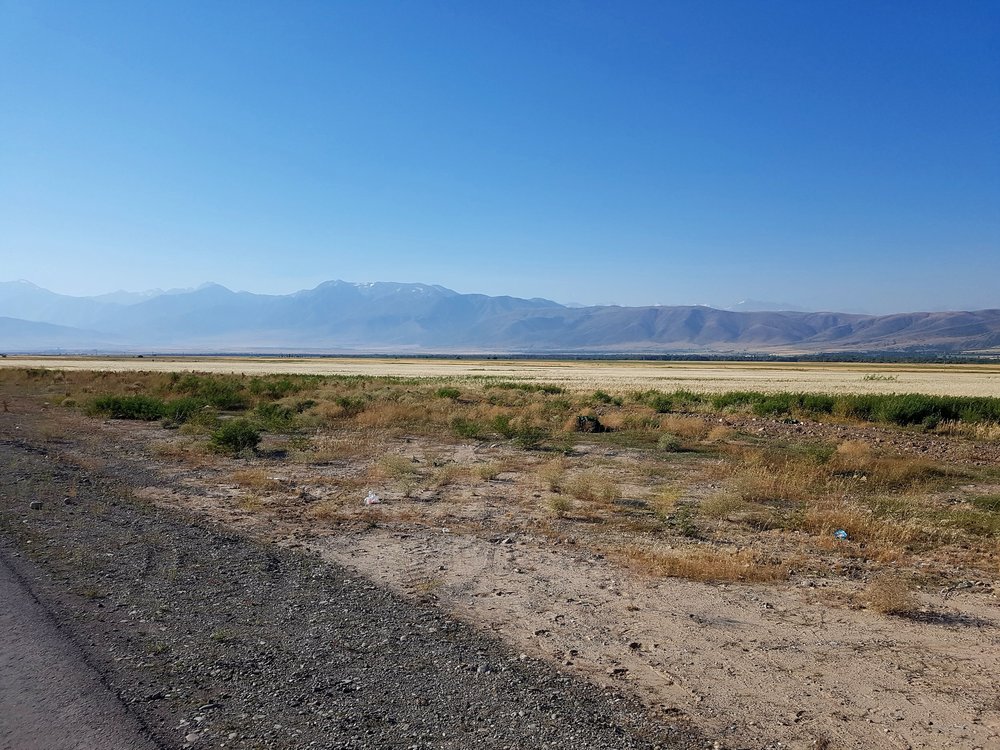 The desolate and beautiful Kazakh landscape.

Nazarbayev has been driven to modernise the country ever since. It is by far the most economically developed of the Central Asian countries, in both investment and GDP per capita terms. It moved its capital to glittering Astana, a sort of Dubai-copycat that held the (allegedly) prestigious 2017 World Expo. As the years roll on, will Kazakhs’ view of the film change? Or more likely, will they remain reasonably upset that their entire country was slandered in front of millions worldwide? I don’t know. 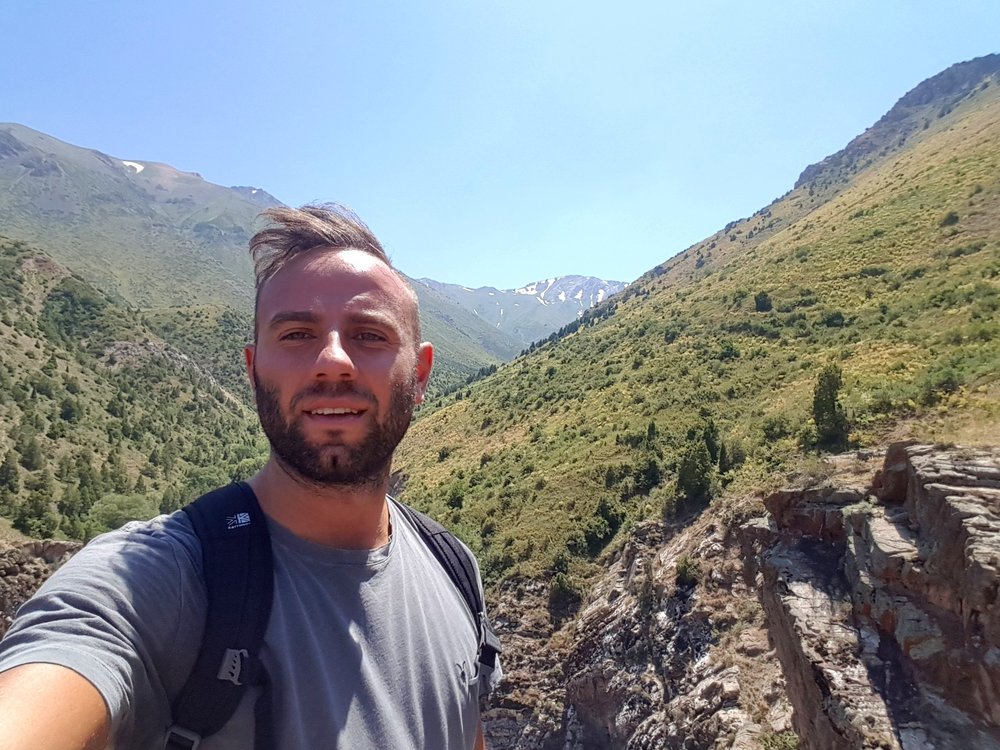 Nice scenery in Kazakhstan, ruined by a human who insisted on his inclusion in the photo.

In any case, Kazakhstan took me by surprise. The country is beautiful. We spent the first few days travelling across its southern mountains. We spent several days trekking into the mountains, at altitudes of around 2,000m. Or, more accurately, we spent several days in the mountains of which a few hours were spent trekking. Extremely colourful meadows sat beneath snow tipped peaks, while arid desert plains rolled into the distance beneath us. 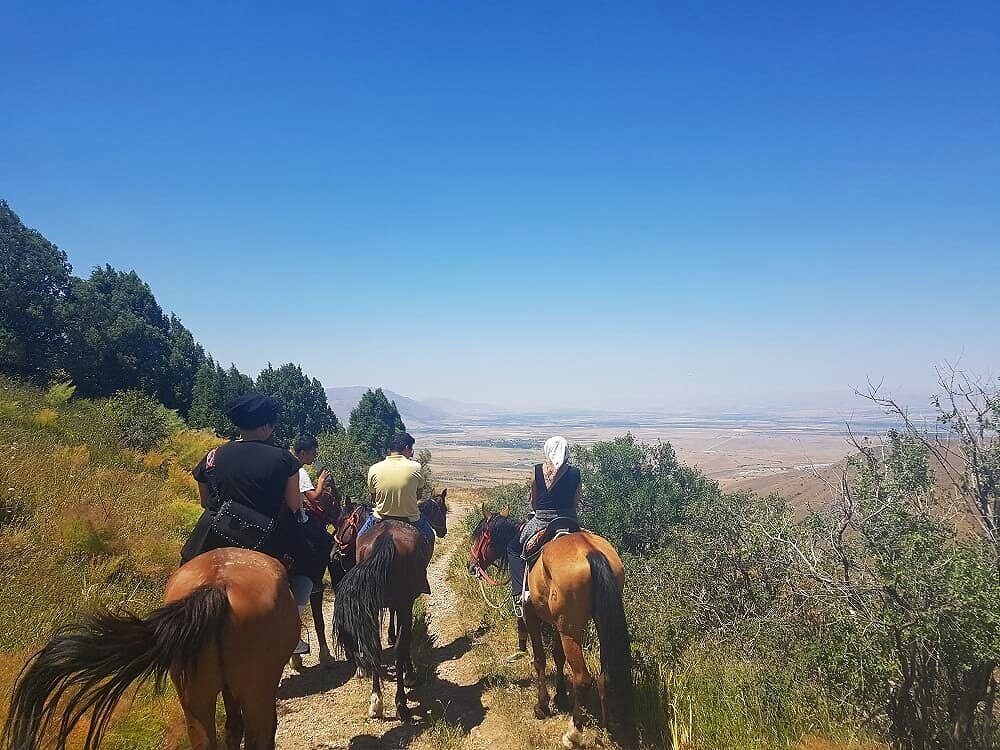 Going for a quick ride in Kazakhstan.

It was a strange contrast: like being in the Swiss Alps, but overlooking the desolate deserts of North Africa. We also heard there were bears in the mountains. On more than one occasion, I heard the undergrowth rustling behind me and was sure a gigantic bear was charging towards me. I felt certain that the end was nigh. And on more than one occasion, it was only a man riding a horse. Although one time it was only a small bird, suggesting I am scared quite easily. 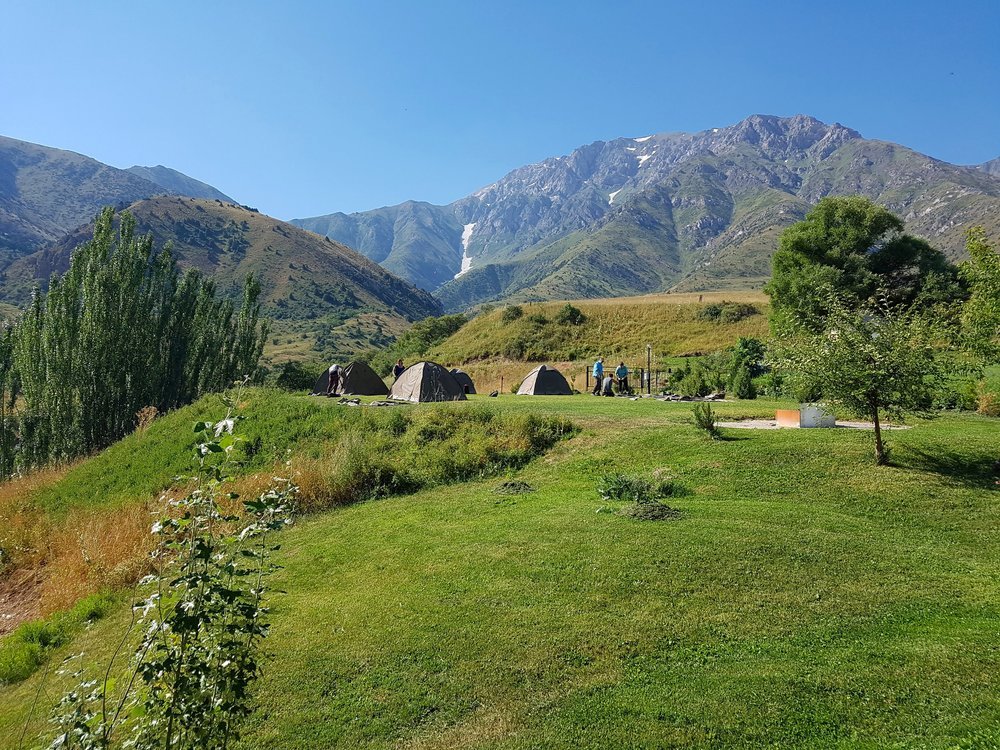 Not a bad camping spot.

The locals we came into contact with a) looked nothing like Borat, and b) were very friendly. Waves and smiles greeted us wherever we went. Jaws dropped whenever passers-by saw our bright yellow overlanding bus. No one spoke any English, but this in no way stopped people chatting away to us in Russian. They usually smiled as they did so, which was reassuring. An old man did appear at one stage to be acting out the slaughter of a goat, perhaps as a gift to the group? Or quite possibly, he was suggesting that he wanted to slaughter us?

The bright yellow Oasis Overland truck. We never had issues finding it in car parks in Kazakhstan.

Needless to say we will never know, and we sped off into the distance. Although in Kazakhstan, the map doesn’t seem to move much when you travel. The country is so vast, so sparse. It’s the fifth largest country in the world, with a population smaller than the Netherlands. You can spend hours on the road without seeing a soul. Or in fact, anything other than mile upon mile of arid desert. As with the overall experience of Central Asia, you can at times feel as if you are trapped in time, and extremely distant from the rest of our crowded planet.

Next Post: Bhutan – The Land Of The Thunder Dragon