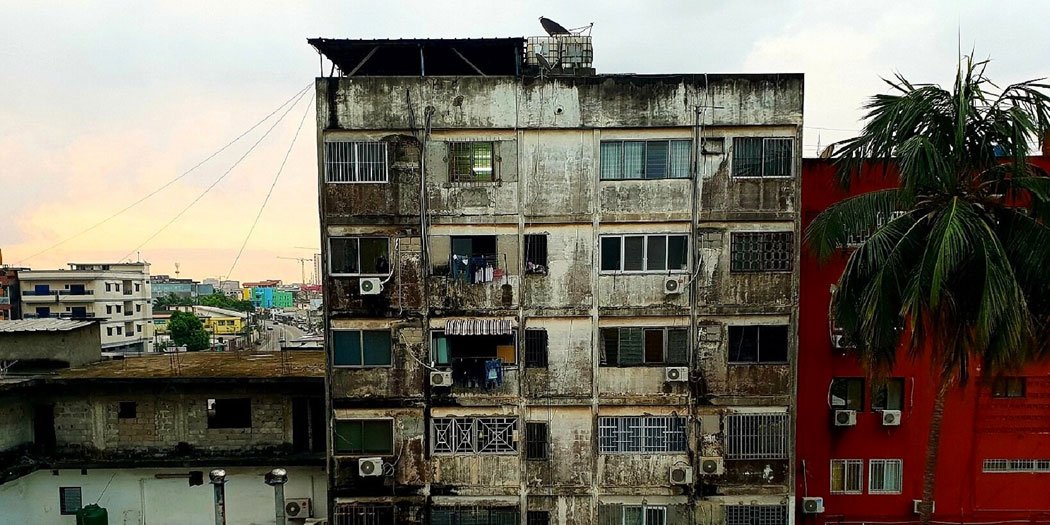 Country #152. I watched Wes Anderson’s The Grand Budapest Hotel on my flight to West Africa and have become obsessed with the rule of thirds. Hence the photograph above. My trip to Ivory Coast (Côte d’Ivoire), like my previous stint in Sierra Leone, was much shorter than planned due to the coronavirus outbreak. 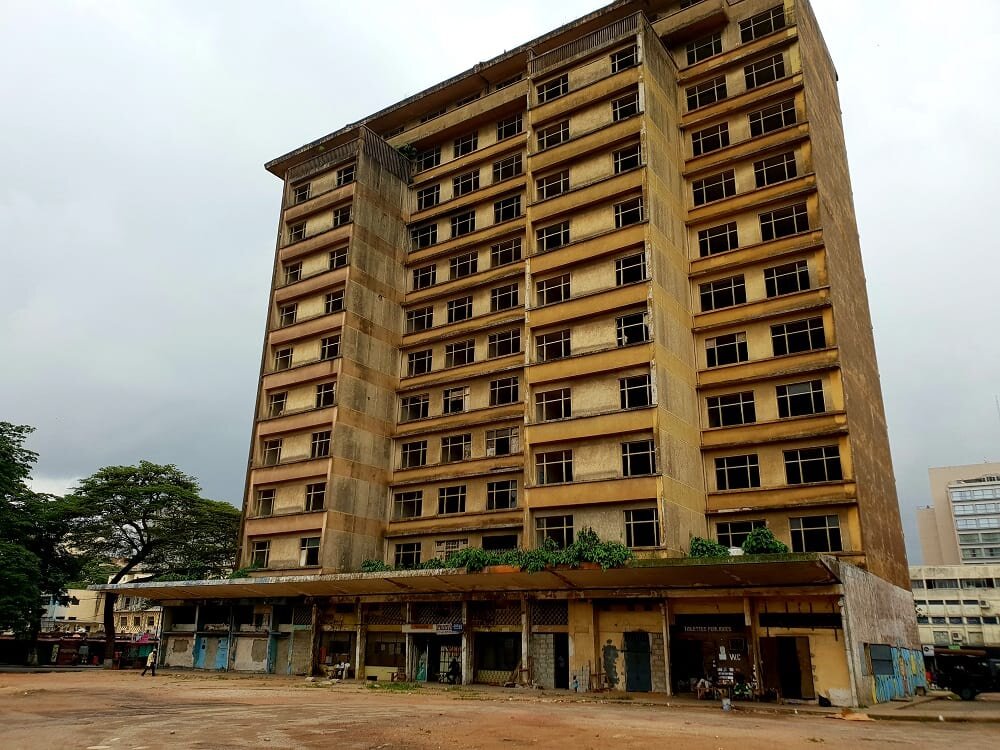 Abidjan. A group of policemen got quite upset when I took a picture of this building, I genuinely don’t know why.

Nonetheless, the three days I spent in the city of Abidjan were intriguing. Particularly given my acute awareness that this could be my last bit of travelling for many months. Indeed, this was confirmed by the closure of many global borders in the hours after I jetted back to my temporary base of Sydney, Australia, from the West African country. Abidjan – despite being the sixth largest city in Africa with over five million inhabitants – is not the political capital of the Ivory Coast. This accolade goes to Yamoussoukro, which is a tenth of the size of Abidjan. 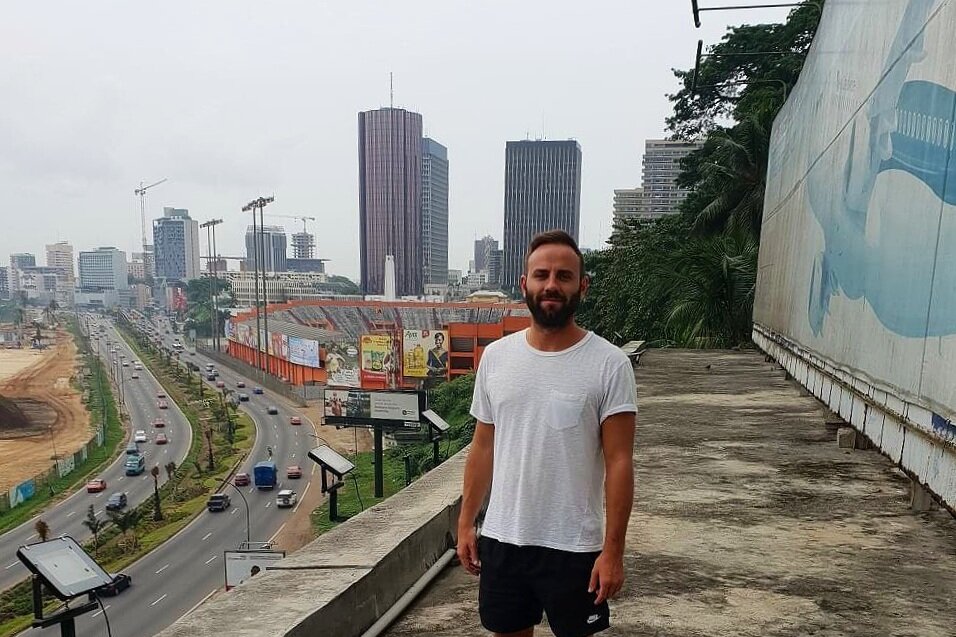 Not satisfied by my incessant self-promotion on Instagram, I decided to take things to the next level on my visit to Abidjan. I stood on a large billboard overlooking the city – for many hours – effectively advertising what we all do on social media: the precious commodity of ‘me’. 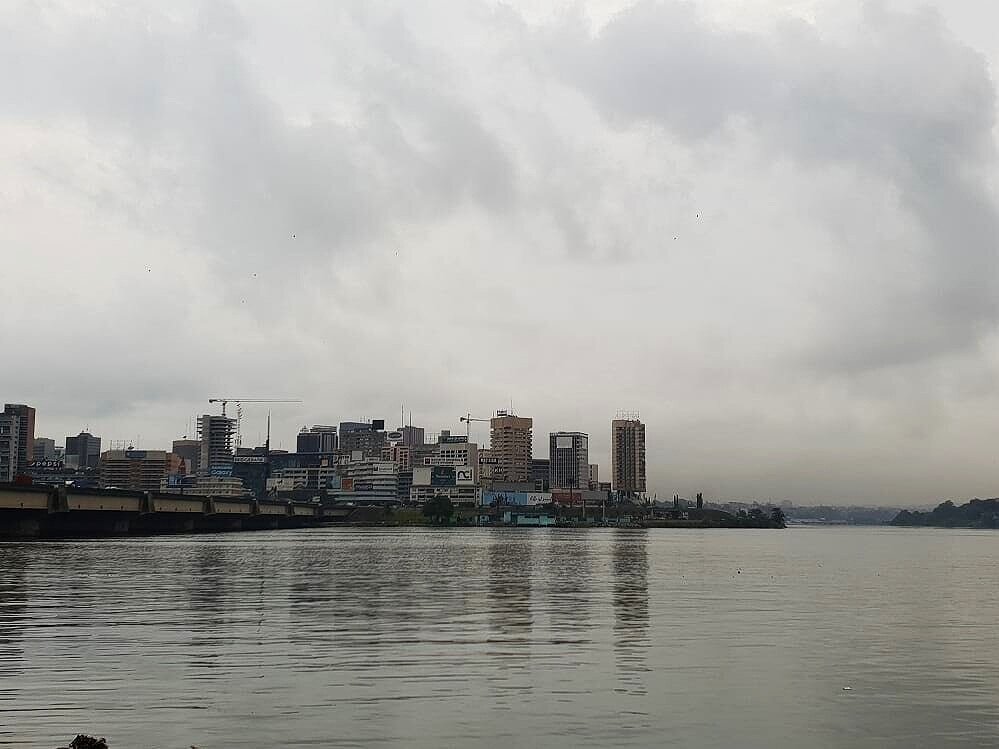 Abidjan’s skyline. Often people like to describe any collection of skyscrapers as being like ‘Manhattan’. I won’t be one of them, lest I upset people who for some reason spend hours of their lives on skyscraper forums, like myself.

Yamoussoukro is famous, perhaps aptly, for having one of the biggest white elephants the world has ever seen. The Basilica of Our Lady of Peace was built between 1985-89. It’s the largest church in the entire world, a gigantic replica of the Vatican. It cost between US$300-600 million, which is a huge amount for such an economically underdeveloped country. Building the Catholic church doubled the country’s national debt load according to some estimates. While many of you probably think the money could have been better spent on things like running water or sanitation, the country’s first president Félix Houphouët-Boigny – who led the country to independence from France in 1960 – clearly disagreed. You can’t put a price on loyalty to ‘Jesus’, clearly. 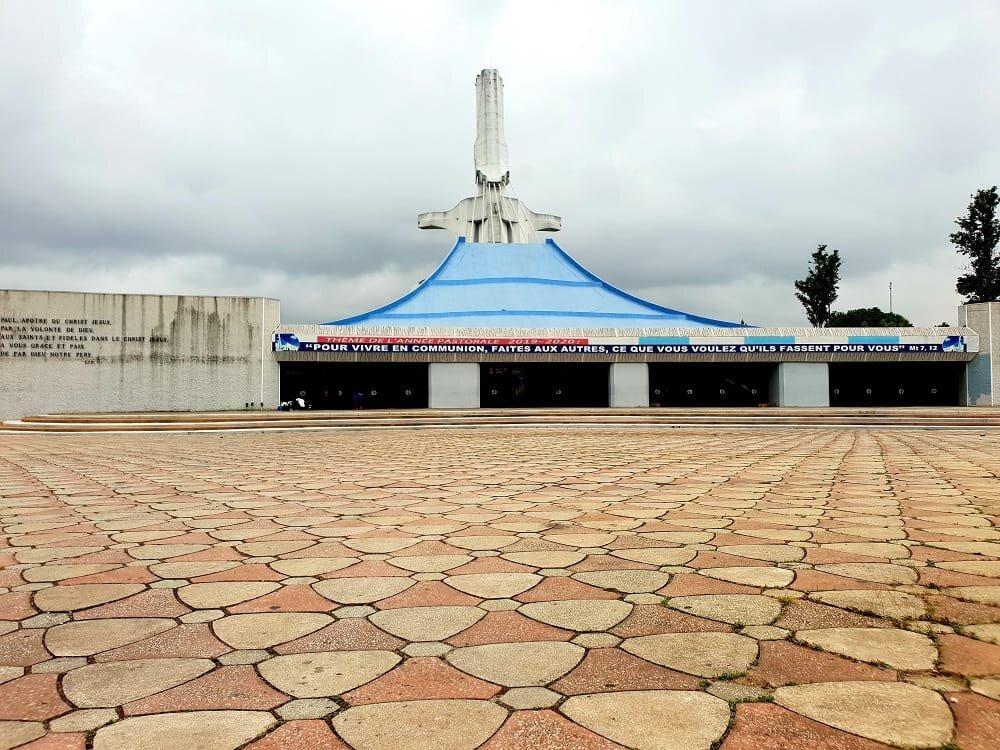 St Paul’s Cathedral, Abidjan. It has nothing on the replica Vatican in Yamoussoukro. I think it’s also fair to say London’s namesake is probably prettier, even if I am biased.

The Economic Engine Of The Ivory Coast

Despite not having a similarly huge house for Jesus, Abidjan is the Ivory Coast’s economic capital and main metropolis. Overlooking the Atlantic, situated between lagoons and waterways, I was hard pressed to think I was in West Africa. We crawled into the town centre on packed highways (in a taxi, not on all fours). Shiny skyscrapers pierced the distant skyline. Yet, beneath Abidjan’s strikingly urban exterior lay a vibrant local culture, with a tropical mood revealing itself to the visitor in the quieter parts of town. There are few visitors, it must be said. Few tourists head here, and most overseas trips are related to the cocoa, oil, or agriculture sectors. 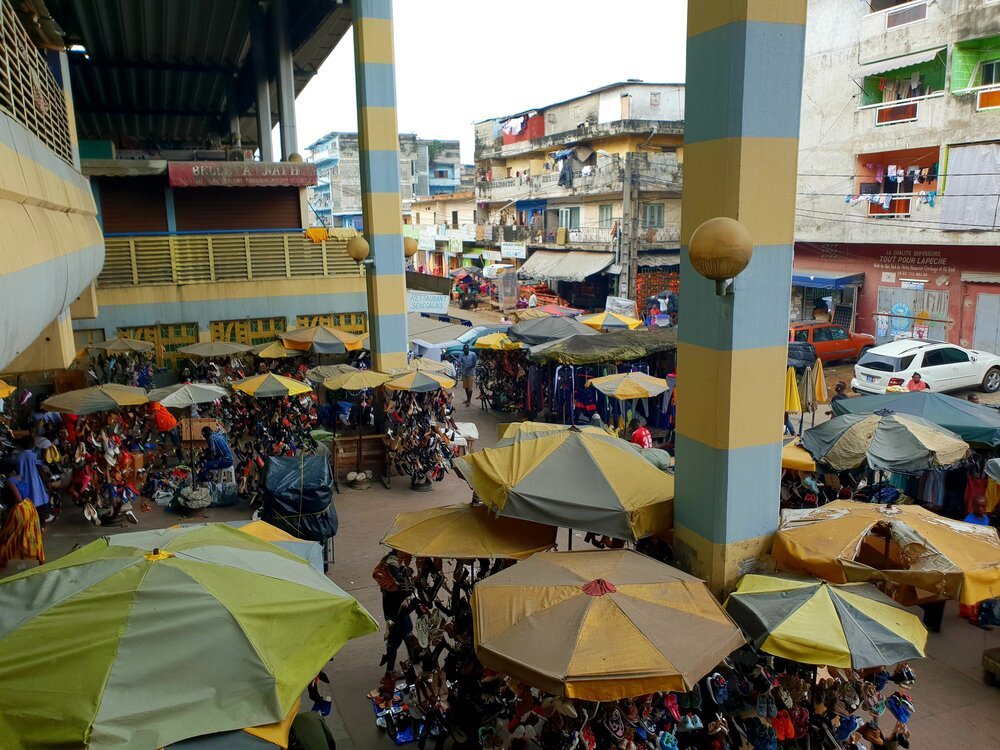 I was relieved that I did not see any ivory on sale in Treichville Market, or indeed anywhere in the Ivory Coast. Lots of shoes though. 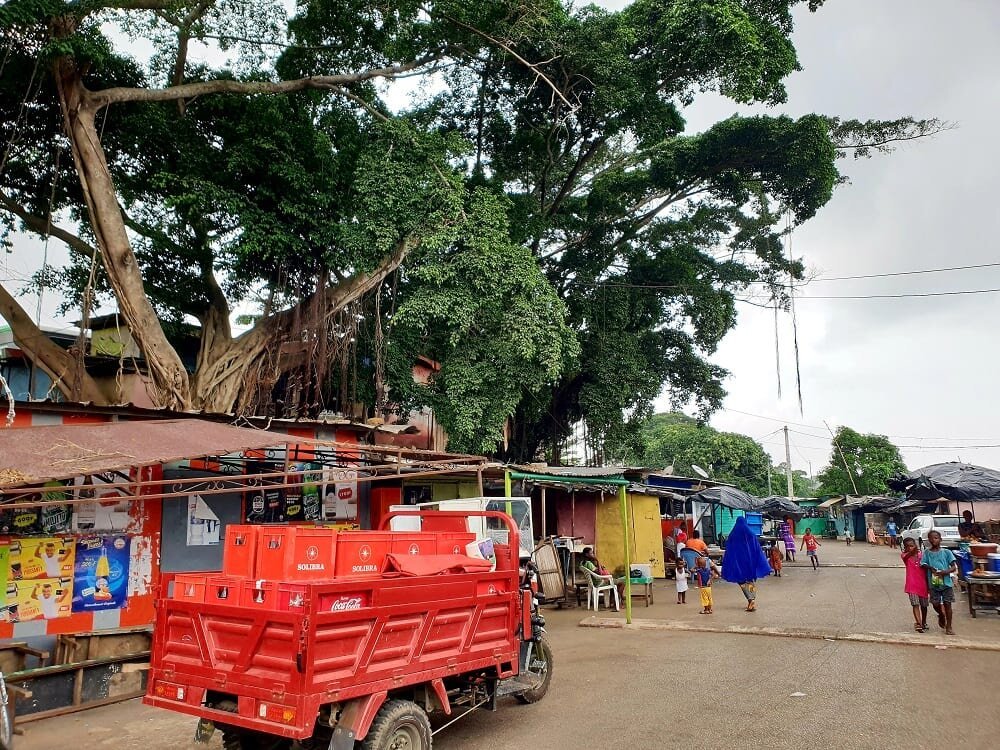 The colourful side of Abidjan reveals itself in the backstreets and less urbanised areas of the city.

If I’m being completely honest, there appears to be good reasons for this, at least from a tourist’s perspective. “Perhaps this is why the least visited countries in the world are indeed visited so infrequently?” l tried not to think to myself, with many of the world’s least visited countries left on my ‘to do’ list. Abidjan is chaotic and polluted, with rivers and lagoons full to the brim with plastic in many areas. But if you ‘scratch beneath the surface’ (an annoying phrase used in Lonely Planet reviews to justify visiting unpleasant cities), there are some interesting things to see in this city. St Paul’s Cathedral is impressive. The view of the city’s skyline from the Plateau district is striking. And purveyors of brutalist architecture can get their fix with the audacious ‘Pyramide’ in the centre of town. 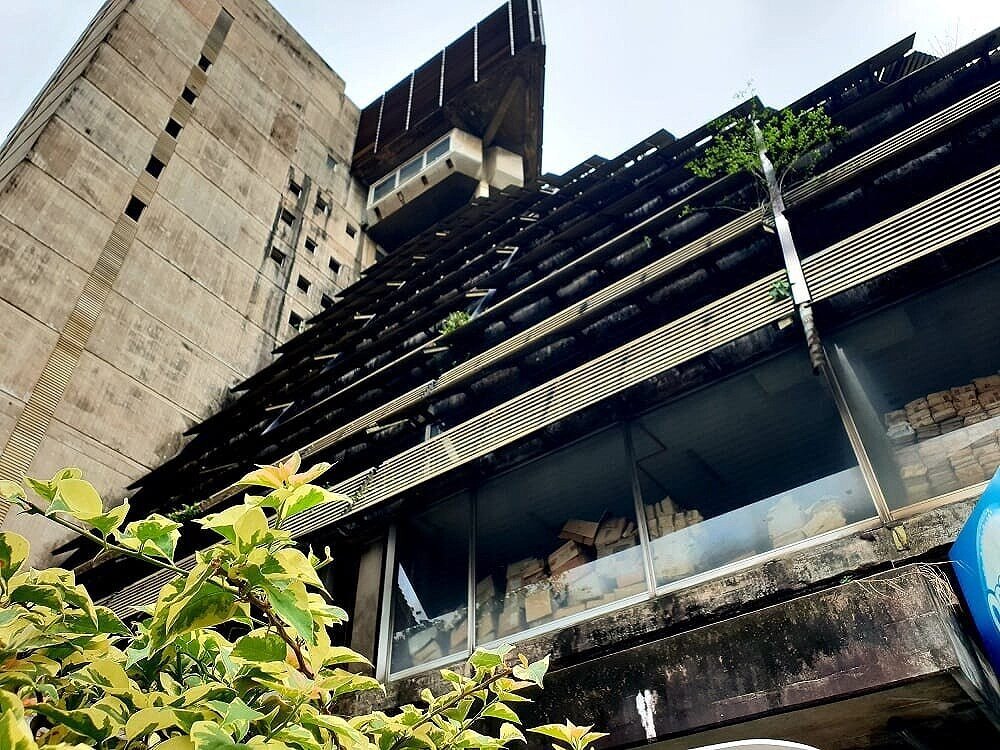 La Pyramide, Abidjan. Brutalist architecture in all its gritty, bold glory. You don’t agree? Oh that’s because ‘I get’ brutalist architecture and you don’t. By mentioning that I like non-conventional and alternative things, I‘m implying that I’m more interesting and cultured than you are. Just like music snobs, who are at pains to dislike any music that is conventionally popular, to have the same effect.

I didn’t spell Pyramide wrong. French is the main language spoken in Côte d’Ivoire, due to French rule from 1886 to 1960. If you’re interested in the colonial history of West Africa, have a read of my post about the influence of British colonial rule in Sierra Leone, the country I visited prior to Ivory Coast. “The article informs and amuses, a real tour de force,” I said out loud to myself upon completing it. I presume most readers will hold similar views. The French influence in Abidjan is also as pervasive. From street signs, the names of city districts, and ubiquitous French TV and music, there remains evidence of the country’s history as part of French West Africa wherever you go. 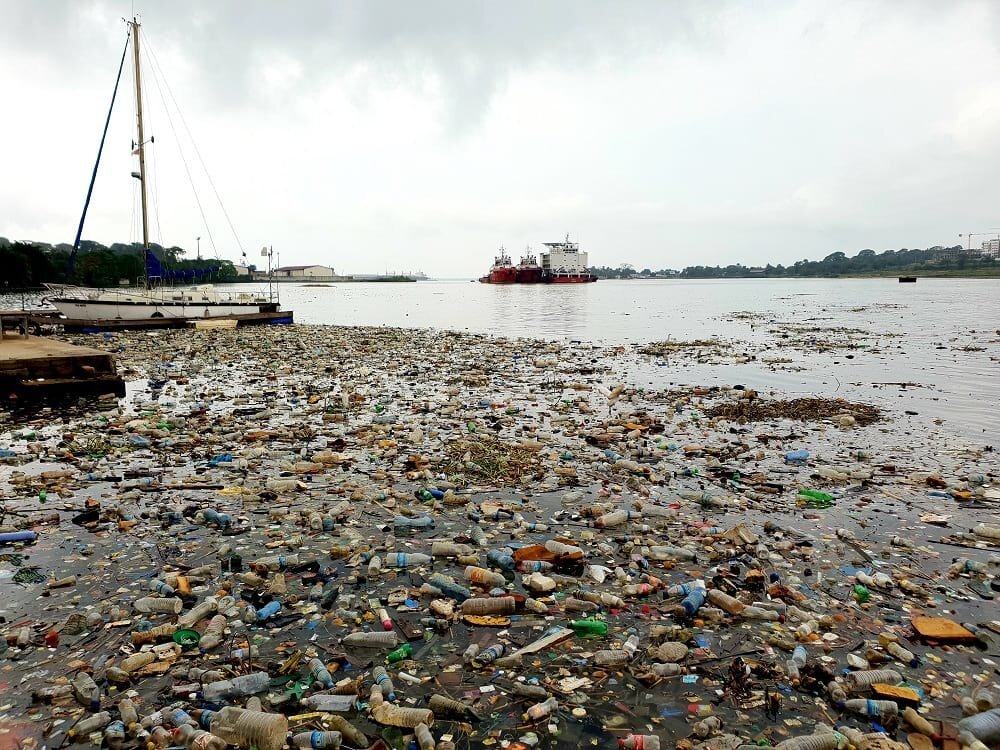 A picture that most people wouldn’t post on Instagram. I have to say, I did briefly question the wisdom of my 20-hour journey from beautiful Sydney when I was greeted by this less than picturesque view.

The Ivory Coast football team, made most famous by Didier Drogba, is nicknamed ‘The Elephants’ and they have an elephant on their crest. Despite this, there are barely any elephants left in the country. Why? The clue is in the country’s name. Named by French colonialists, the Ivory Coast unsurprisingly had an abundance of ivory, which was plundered and sold abroad in the days when it was still an acceptable commodity. In some ways, at least this is a more honest approach to the true nature of colonialism. For example, it would have been more accurate for the British to call colonial India ‘Textile Place’, Ceylon ‘The Land of Tea (Which We are Going to Drink)’, and South Africa ‘I’m Going to Take All of Your Gold and Sell it in London’. They don’t have the same ring to them, I suppose. 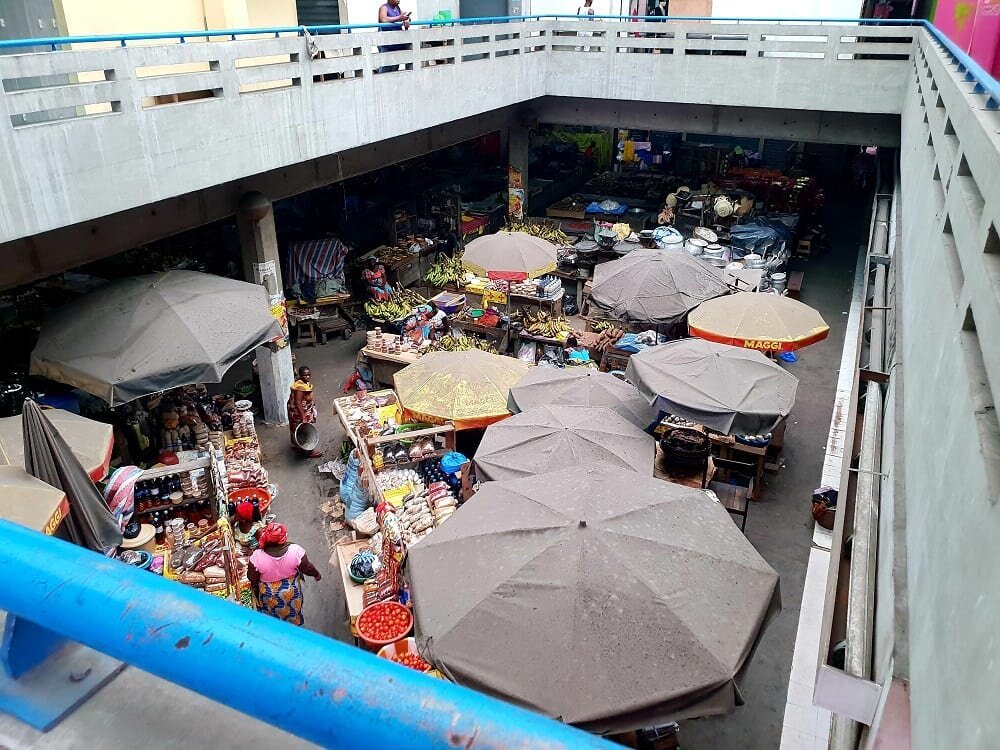 Treichville Market is one of the largest markets in Abidjan.

Getting Out Of The City

I managed to get out of Abidjan for a day or so but would have preferred to stay much longer. From what I saw, the real gems of the country perhaps lay outside one of Africa’s largest metropolises. Bright orange roads criss-cross the nation’s lush and tropical agricultural countryside. Palm tree forests are a common sight, while the country’s beaches become more pristine the further away from humanity you venture. While many of the world’s poorest countries are in West Africa, strong economic growth in recent years means the Ivory Coast does slightly better than most in the region. One hopes that the coronavirus outbreak does not undo much of this progress. 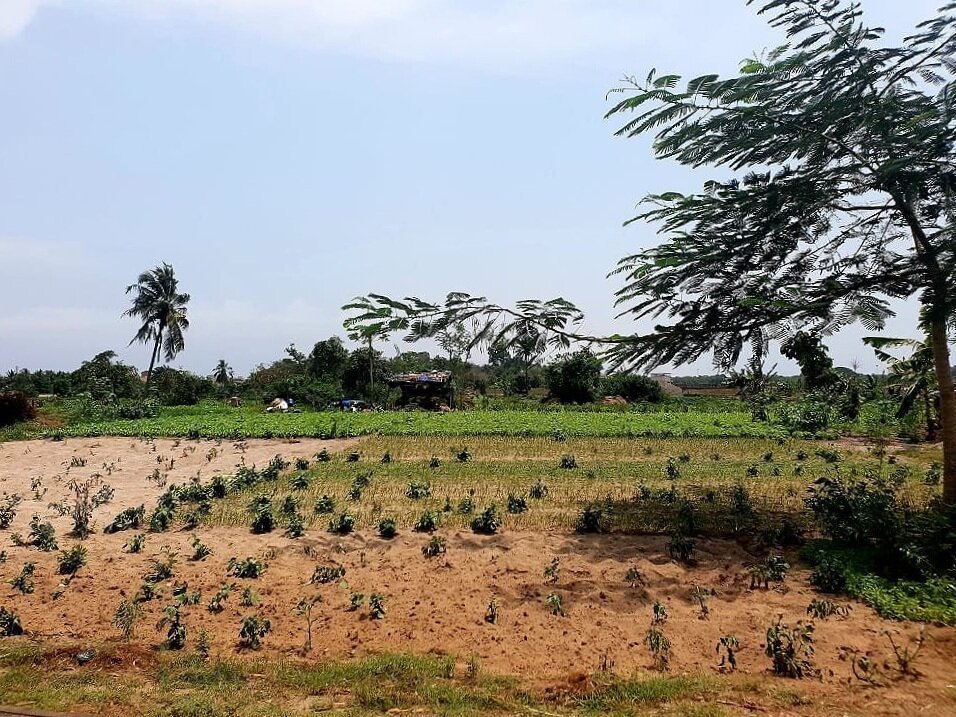 The rural outskirts of Abidjan.

Previous Post: Has The World Really Moved On From Tribes?