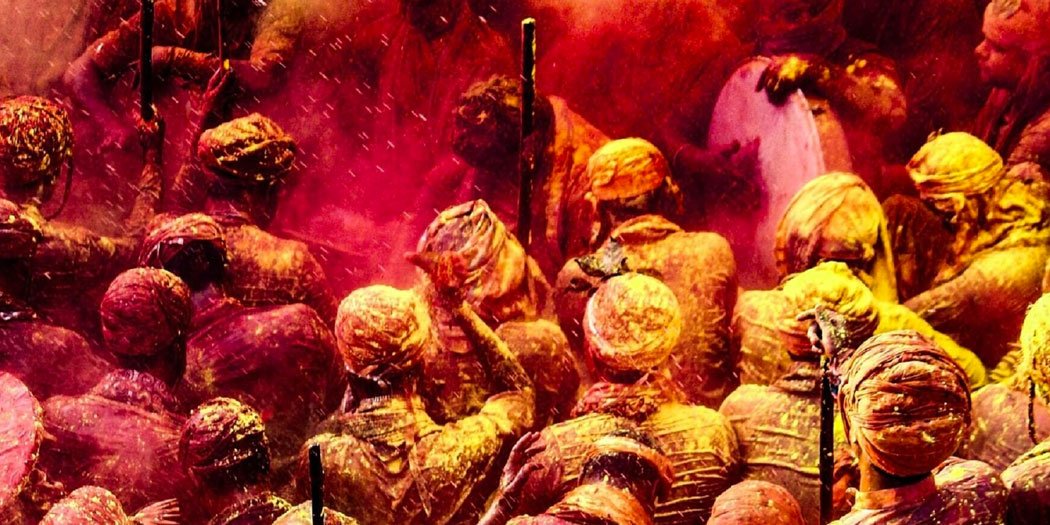 Has The World Really Moved On From Tribes?

Every weekend, a crowd of devoted followers congregates. Most are adorned in clothing signifying devotion to their faith. They discuss the most pressing issues of the day and, of course, are deeply suspicious of followers of different sects. They sing songs of worship to pay respects to their god: “Rooooney, Rooooney, Rooooney!”

The more I’ve travelled, the more it’s become clear that humans haven’t completely abandoned our hunter-gatherer roots. Almost all nations and societies remain starkly divided into different tribes. The most obvious ones are religious, political, and national. And in some places, to an even greater degree, which football team you support. If anything written in this article upsets you, perhaps it’s worth taking a second to consider why someone speaking ill of your religious/national/political/football tribe upsets you so much. Or, how it is that our history as a species is essentially one of various tribes doing their best to murder each other.

Why Can’t We Let Go Of Our Tribes?

We are great apes. Being part of a hunter-gather tribe used to be a matter of life or death. Ever wondered why you get so nervous before giving a speech? If you were disliked and banished from your tribe, you were unlikely to survive. We care so deeply about what others think of us, and we react to social situations as if our lives were under threat. And on top of this genetically hardwired social anxiety, we remain compelled to belong to a tribe as if our lives depended on it.

Humanity’s success has been based upon our collective ability to cooperate for the benefit of our tribe. Across the globe, an unfortunate consequence of this is a tendency for most people to detest anyone not in their tribe. This is called ‘in-group favouritism’. And it’s quite stupid. A famous experiment split boys into groups. Despite knowing they’d been split into groups arbitrarily, it didn’t take long for each group to believe their group was the ‘best’. And to start having hostile feelings towards the other randomly generated group of potential friends. If it’s easy to generate hatred like this so quickly, it’s no wonder why loyalty to a national or religious tribe can become so dogmatic.

This is a shame. Take football (again). If two football fans meet, the logical view would be for one to think:

“Oh fantastic, this person shares a passion of mine, we might be friends.”

The reality is different, obviously.

“Oh fantastic, this person shares a passion of mine… but wait. He supports Dundee United, I support Dundee City. I’m going to batter this idiot.”

Before being accused of perpetuating a stereotype that Scottish people like to fight, I used the Dundee example for good reason. Have a look at the team’s stadiums, below. Everyone who supports these teams shares a passion, spends much of their lives acting in a similar way, and pretty much lives next door to each other. Yet, many of these people probably hate each other, due to a disagreement over which tribe of millionaire strangers they would prefer to kick a sphere of air through some sticks. 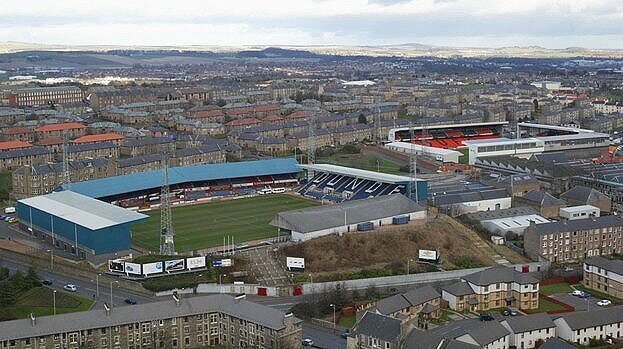 Dundee shares some striking similarities to Jerusalem, in Israel. Football, however, is the basis of tribal loyalties in Dundee.

I’ve used the football analogy so as not to upset too many people. But I don’t think I need to spell out how you could easily switch the football analogy to any number of religious, national, or political disputes. Most people share so much more in common than they think. And yet, how many deaths have been caused globally by different interpretations of various magic books? (Let’s pretend I’m talking about Harry Potter.) Millions of people have been willing to die and wage war for their nation, with over 100 million deaths from war in the 20th century. If you really think about it, a nation is a geographical collection of millions of strangers who will never meet each other. And yet, many love their tribe so much that they’re willing to lay down their own lives for it.

I’m Not Holier Than Thou

I realise that without these tribes, humans would have never advanced to the all-conquering position we find ourselves in. And despite knowing of the intellectual futility of devotion to a tribe, I can’t help but be drawn in myself. I love football. I still can’t help but have feelings of loyalty towards my nation, believing at some level that it must somehow be better than the others. After all, I live here, and the last time I checked, the Universe revolved around me.

I confess that others would also class me in another tribe. This one is filled with the liberal, lentil-eating, anti-nationalist millennials, who think tribes are silly. We are all friendly to each other. We spend much of our time – with no sense of irony – dismissing the views of almost anyone who dares to disagree with the collective worldview of our tribe.

So, we’re not all that different. I’m not suggesting that we abandon our tribal loyalties, so many of which have been positive for the individual and for the world’s development. But if everyone – politicians in particular – approached the world’s problems with more empathy towards other nations or religions, then perhaps the world would at least be a slightly kinder place. And our ability to work together to deal with the most pressing issues (which are all global in nature in case you hadn’t realised) would increase slightly. A naive hope, perhaps.

Next Post: Ivory Coast – A Weekend In Abidjan, A True West African Metropolis