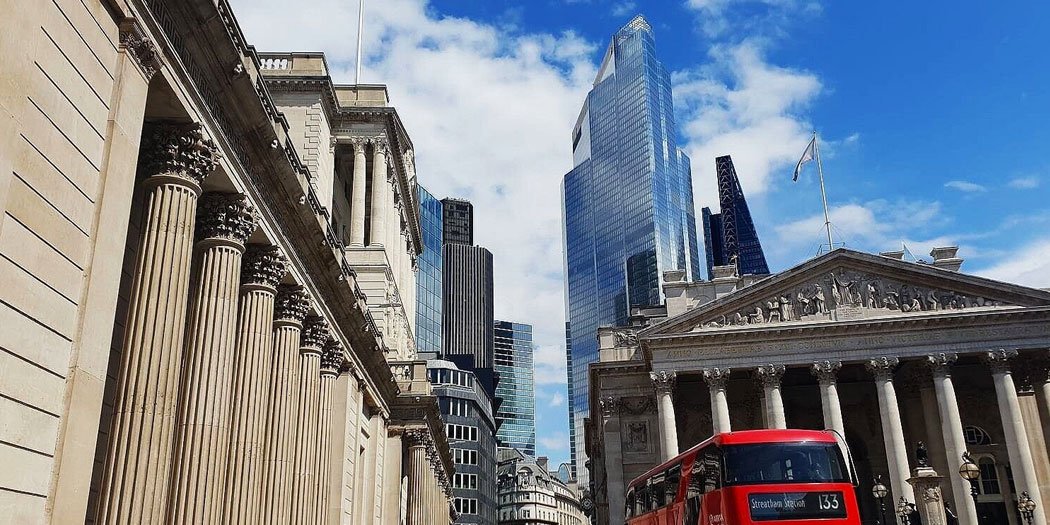 What Are The Five Greatest Cities In The World?

I’m obsessed with urban areas. An early ambition was to visit all of the so-called ‘Alpha’ cities, deemed to be the most important in the world. Visiting Frankfurt to give a conference in 2018, I finished the lot… only for Guangzhou to be added to the list the following year, much to my annoyance. Given that it’s unlikely to be the greatest city, it’s perhaps no disaster. 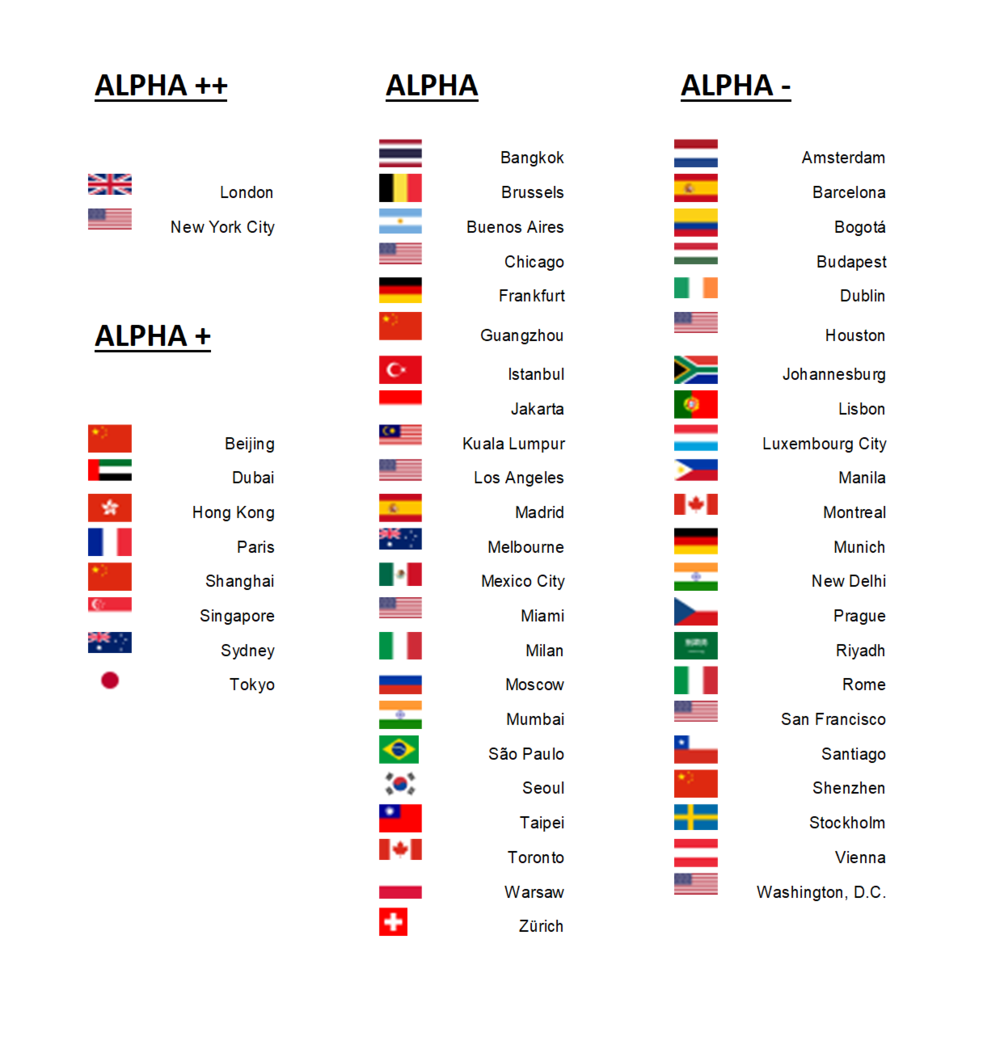 The Alpha cities list. I have visited them all, apart from Guangzhou.

Many of you will rightly note that there are many smaller cities that offer a higher quality of life and which are probably nicer places to live in than those on the Alpha cities list. But that’s not what the aim of this post is. Here, I outline the five cities that globally give me the biggest sense of awe, excitement, and wonder. 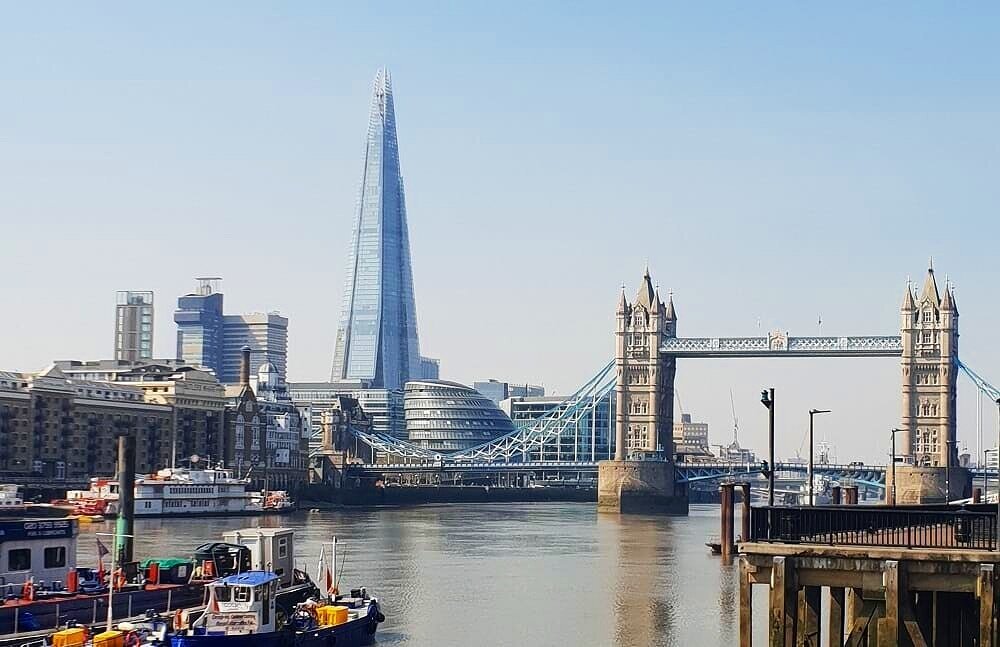 The Shard and Tower Bridge. The perfect example of the contrast between old and new that you can see all over London.

Paris is prettier. New York’s skyline gives it a bigger ‘wow’ factor. Sydney has its beaches. But no other city comes close to offering London’s astonishing diversity. London can be a million things to a million different people. It’s steeped in history, but is increasingly famous for contemporary architecture. It’s quintessentially British, while being the most culturally and ethnically diverse city in Europe. It’s snooty and stuck up, while being bohemian and edgy. 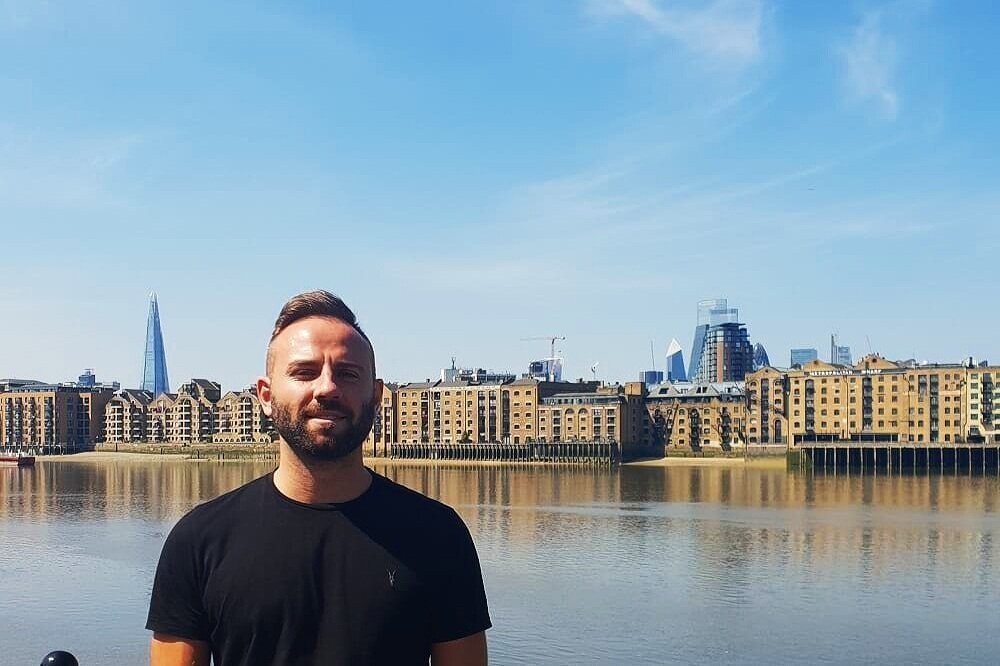 The redeveloped warehouses of Wapping, with London’s skyline (and my head) poking out above them. 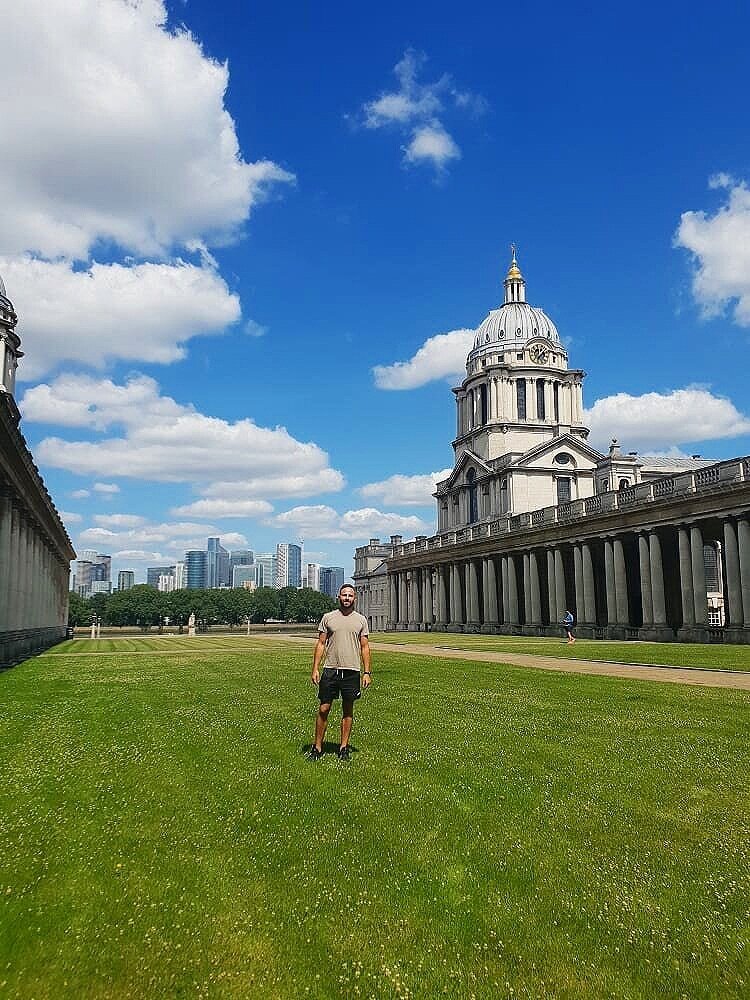 The view of Canary Wharf from Greenwich.

Think of London as 100 different towns mulched together, each with completely different architectural, cultural, and historic characters. In New York, Toronto, Chicago, or Seoul, it’s easy not to know where you are due to the repetitive ‘grid layout’ road systems and towering skyscrapers in all directions. This won’t happen in London. It’s a chaotic mess from a city planning perspective, growing organically over millennia. 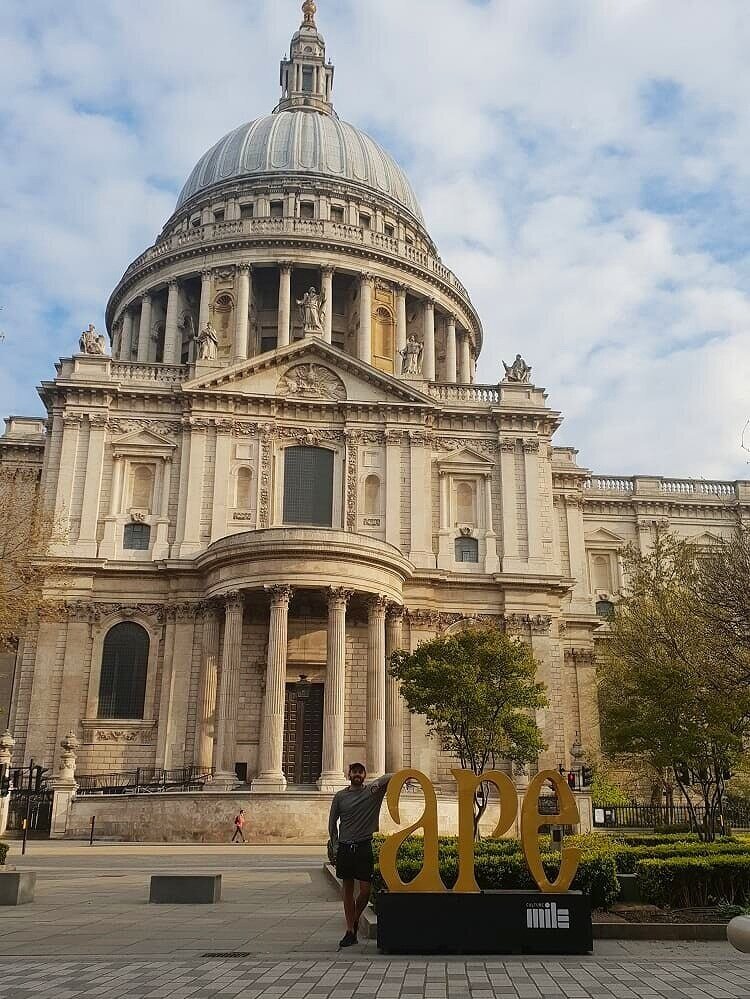 Here I am stood in front of St Paul’s Cathedral, unveiling a huge marketing campaign for the Travelling Ape.

You can sample different parts of the city in the same day, and struggle to believe that you’re even in the same city. Enjoy the regal and historic splendour of Hyde Park and Buckingham Palace. Take a dive back into the Swinging Sixties in Soho. Admire the slew of new space-age skyscrapers rising in the City of London. Walk past the old factories and warehouses of Wapping. Check out Shoreditch’s street art and bars. Finish with the transformation of East London in the Queen Elizabeth Olympic Park. This is a walk you can do by the way, in this order. Thank me later. 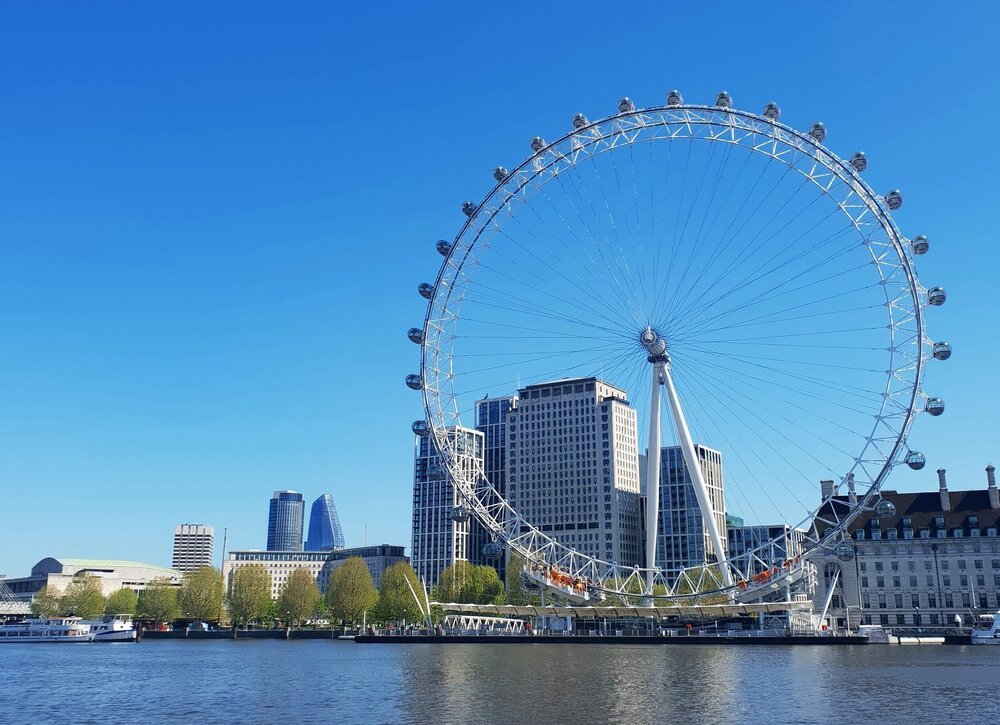 The London Eye was supposed to be temporary, but has become one of the city’s best-known landmarks since opening in 1998.

Disclaimer: I have lived in London my entire life. While you could feasibly accuse me of bias, a read of my other posts will quickly tell you that overt patriotism is not a feature of my psyche. After 30 years, I still get butterflies exploring this city. It’s so diverse, so vast, so different, that I still feel I have only just scratched the surface of it. I‘ll probably spend the rest of my life trying to get to a point where I finally ‘know’ London. I’m likely to run out of time. If I do not, I will complete my quest only to find that the London I know has completely changed once again and I need to start from scratch. 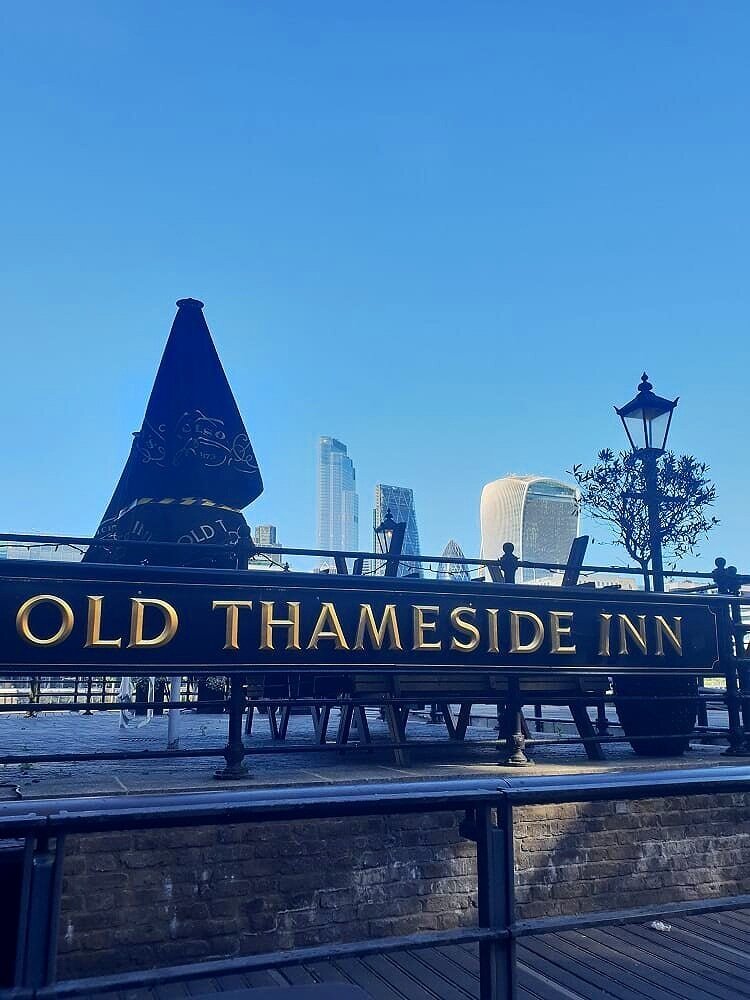 The London skyline, poking out above a pub. 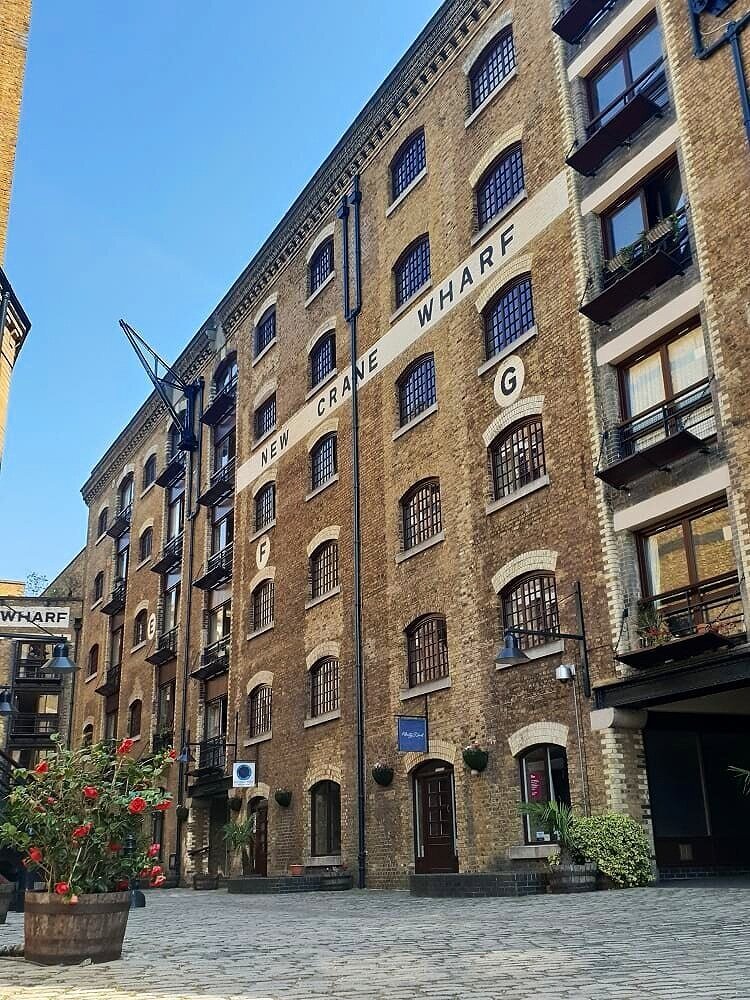 You might wonder whether the sky is always this blue and if there are no people living in London, judging by my pictures. Photographers are perhaps the only people to have benefited from the Covid-19 lockdown. 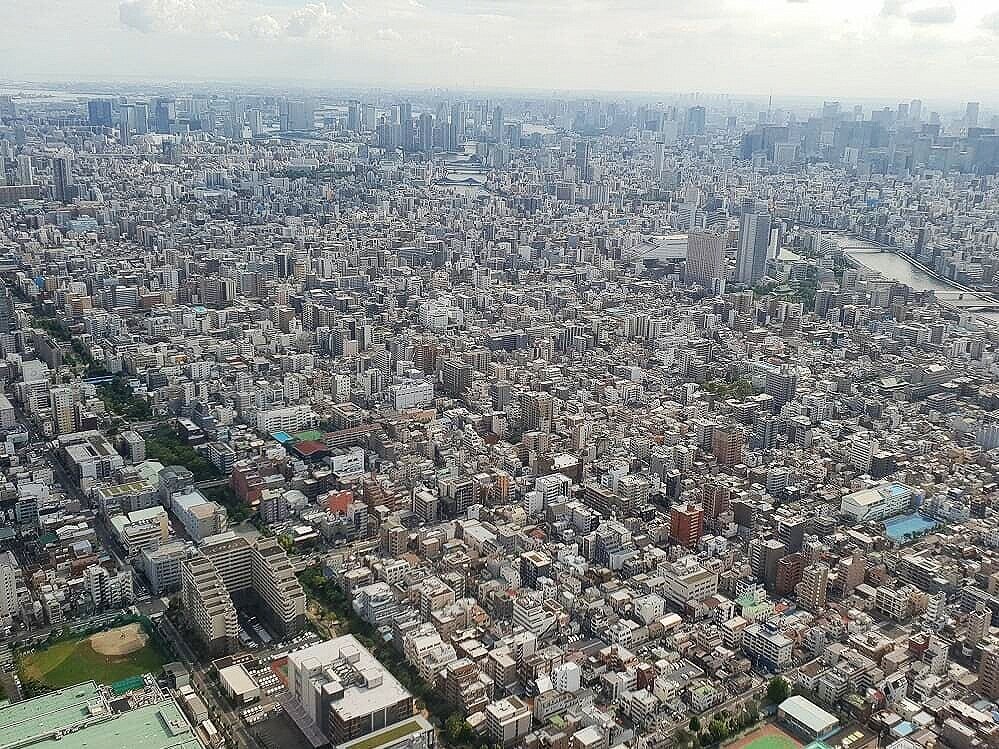 Tokyo. This is what it looks like when 40 million apes attempt to live in the same place. 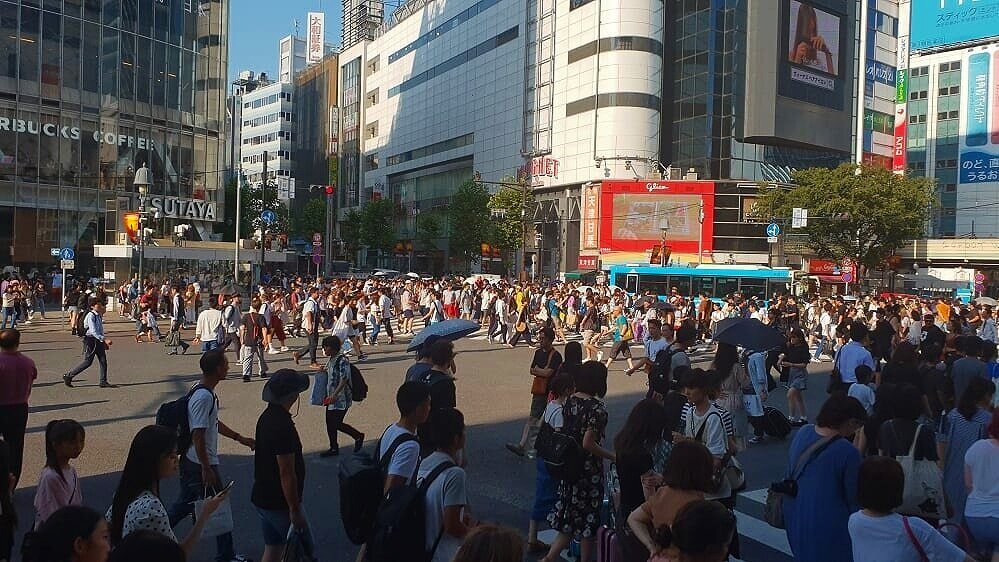 Japan is my favourite country in the world, in no small part due to this incredible city. Tokyo should not work. The city has around 40 million residents, making it the largest urban area in the world. There are almost no green spaces. In place of trees, you have endless concrete skyscrapers, overpasses, and neon lights. In Tokyo, it often feels like you‘ve landed in a dystopian sci-fi future. A world where humanity has exterminated every trace of the natural world from existence. 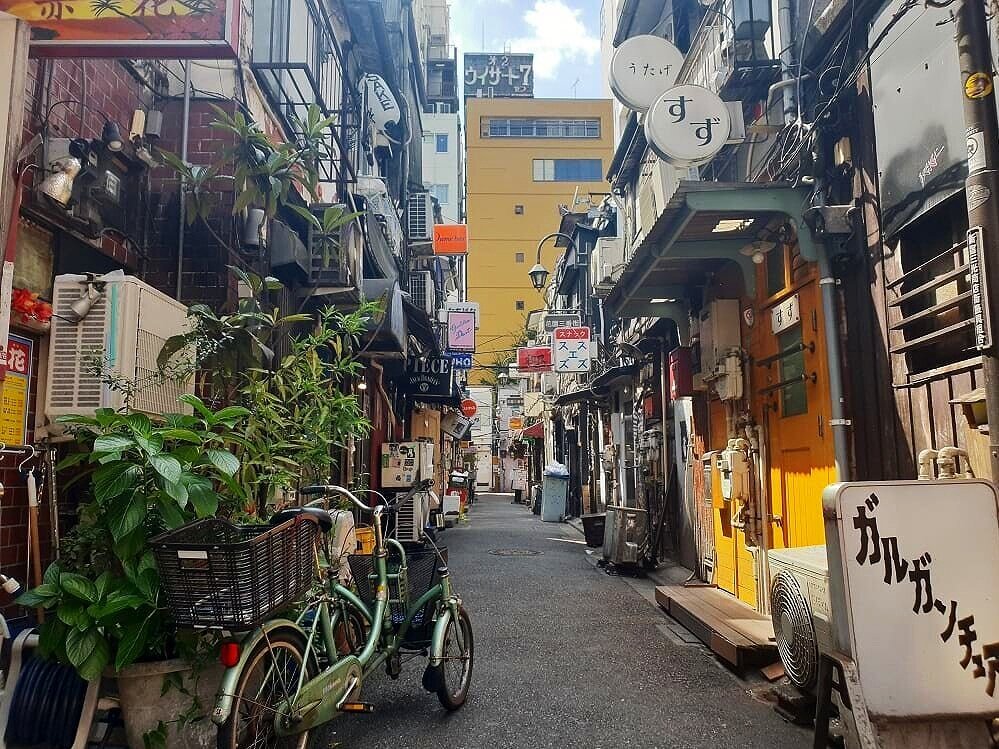 The tiny bars of Golden Gai, Tokyo, a great example of the city’s quaint backstreets.

Why do I love it, then? Somehow, it all works. Tokyoians – and the Japanese more generally – are the politest people on Earth. Even ludicrously crammed street spaces or subways are eerily calm and serene. The attention to detail everywhere, particularly of interior design, architecture, and the incredible Japanese cuisine, is not matched in any other city on Earth. While it lacks ‘landmarks’ per se, you can spend days losing yourself down quaint backstreets or marvel at the sheer scale of the place. A visit to Tokyo feels like visiting another planet. Every trip to Tokyo has for me in some way been profound. No other city gives you quite such a sense of wonder at what our species is able to create. 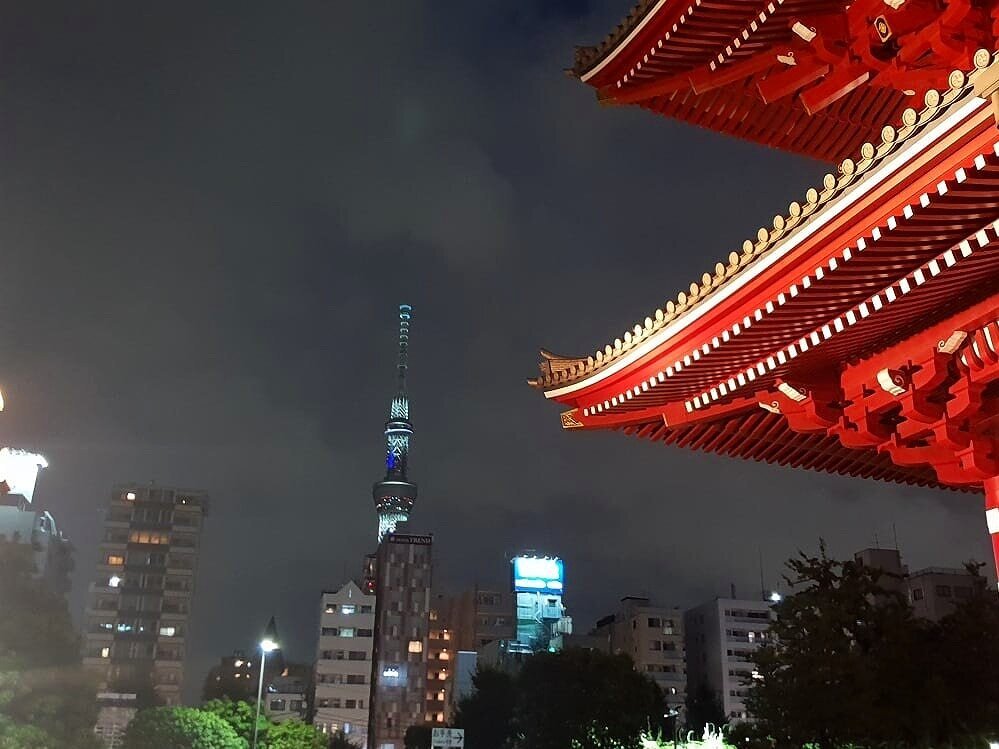 The Tokyo Sky Tree, the second tallest structure in the world. 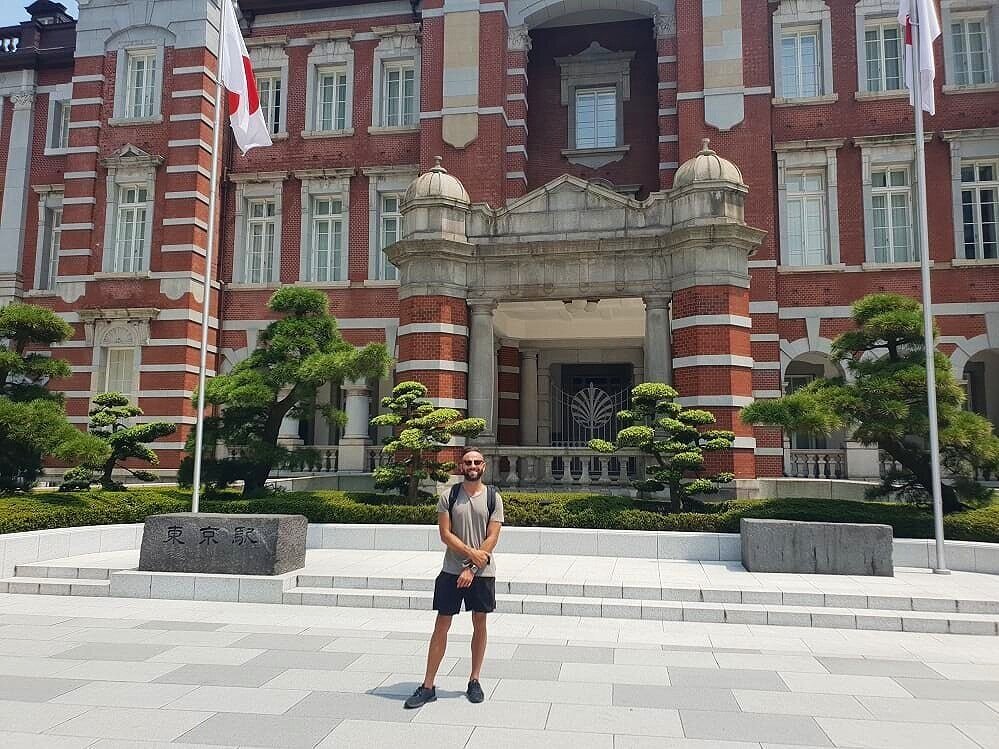 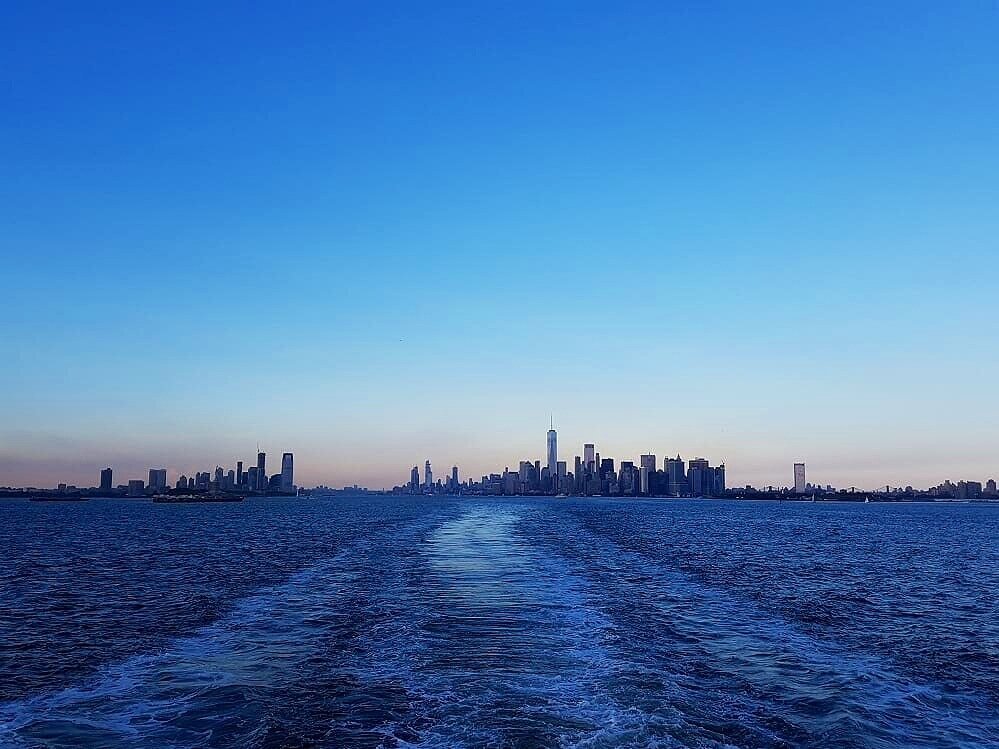 The Manhattan skyline, from afar.

Anyone who arrives in New York is hit by familiarity. You already feel you know New York. And you do, since no other city appears in as many movies and TV shows. In many ways, New York is the quintessential ‘city’ – what springs to mind when you think of a proper metropolis. Despite new rivals emerging in Asia, the Manhattan skyline remains the world’s most impressive and iconic. From Brooklyn, Manhattan looks like a concrete and steel tsunami about to crash into the East River. From Central Park, you’ll question how insubstantial little apes are capable of constructing structures so tall and so slim. 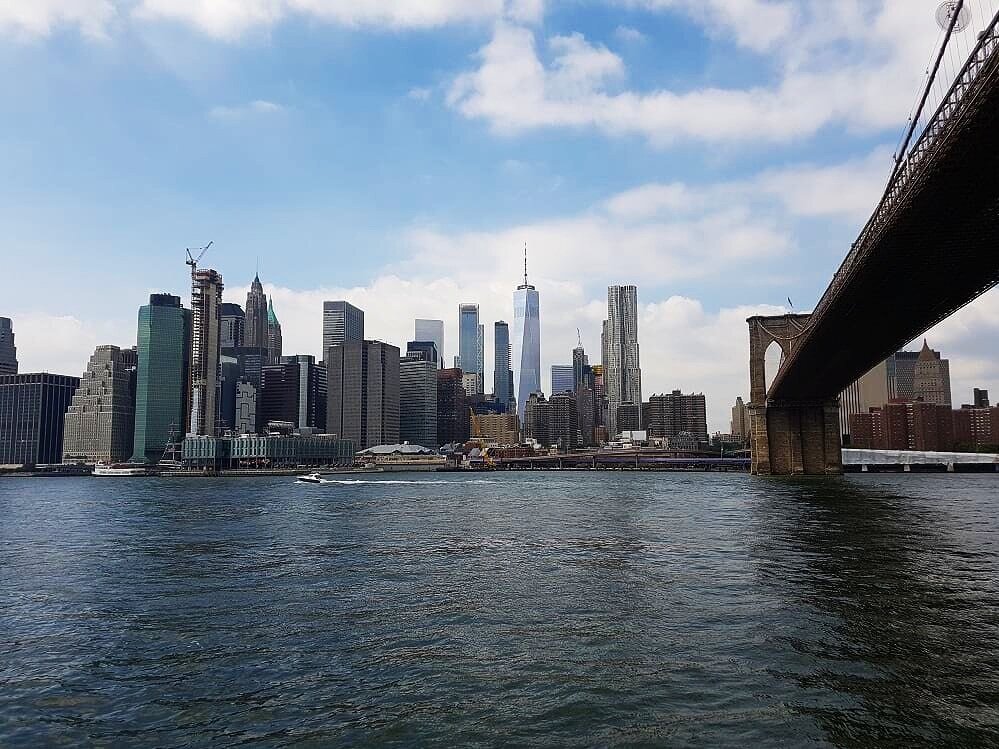 Manhattan and the Brooklyn Bridge. Seeing the new World Trade Centre, soaring where the old Twin Towers once stood, remains a moving experience. 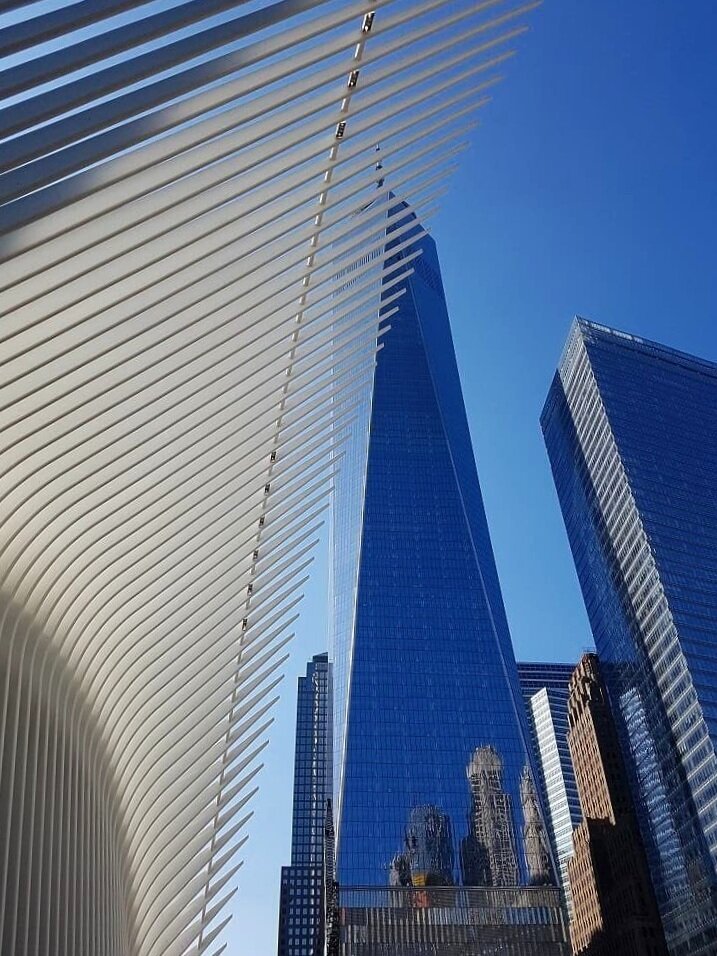 I spend a large amount of my time in New York simply looking up whenever I visit, slack-jawed in wonder at this vast temple of humanity. It’s often cold and dirty, but a bit of grit never hurt anyone. No visitor could ever possibly leave describing the place as “boring”. You feel like you’re in the centre of the world when you’re in New York. For me, the excitement of the city gets it into the top three. 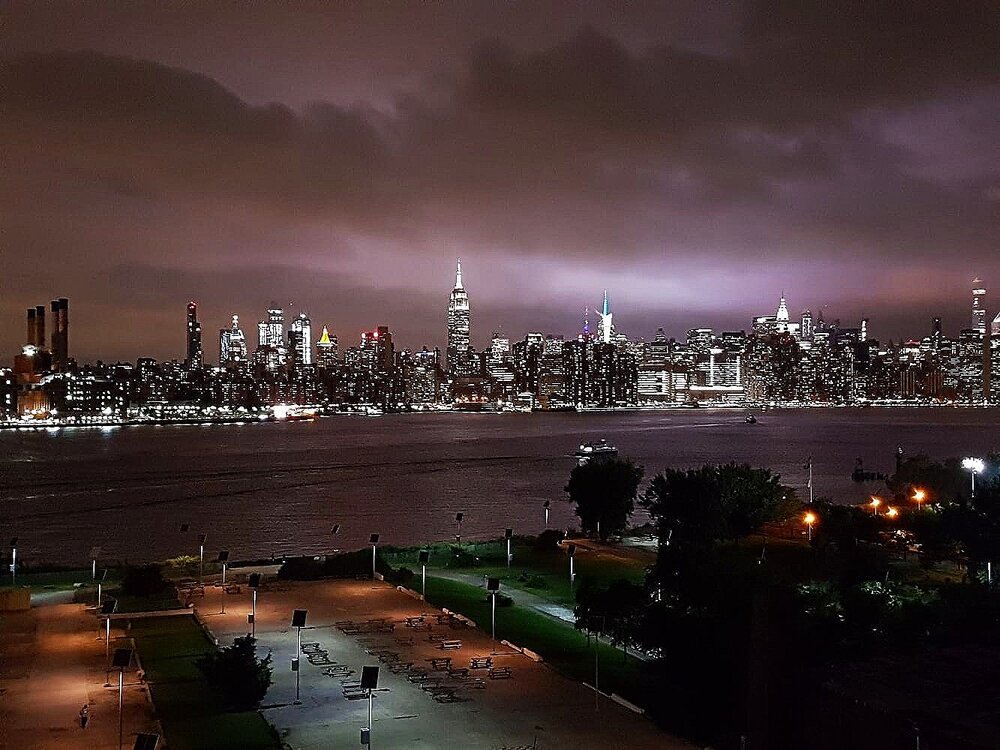 The surreal skyline of New York.

4) Melbourne – A Millennial And Hipster Utopia (Which I Predictably Like) 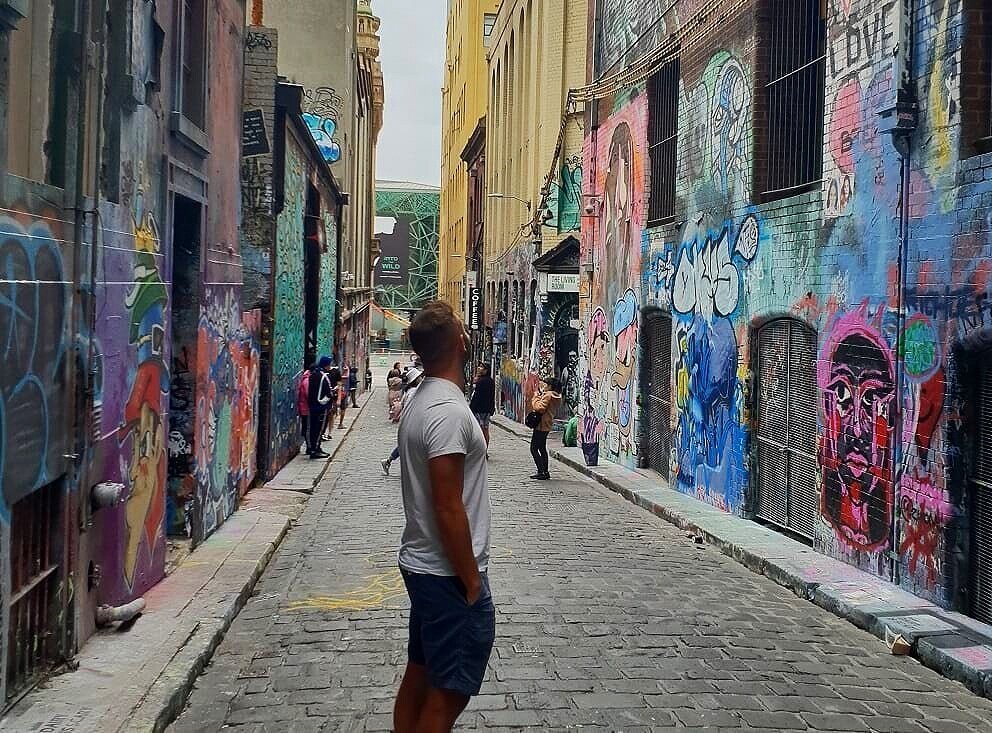 Melbourne. It’s important to pretend that you ‘get’ street art when you visit Melbourne.

To many, you think of Australia, and Sydney pops to mind. The Opera House, the Harbour Bridge, and Bondi Beach. Fine. Sydney does have those things. But if you don’t like beaches, Sydney can feel like a collection of lazy – and extremely pleasant – suburbs. Melbourne, on the other hand, is a ‘proper’ city. It has a penetrating skyline, and a buzzing town centre. 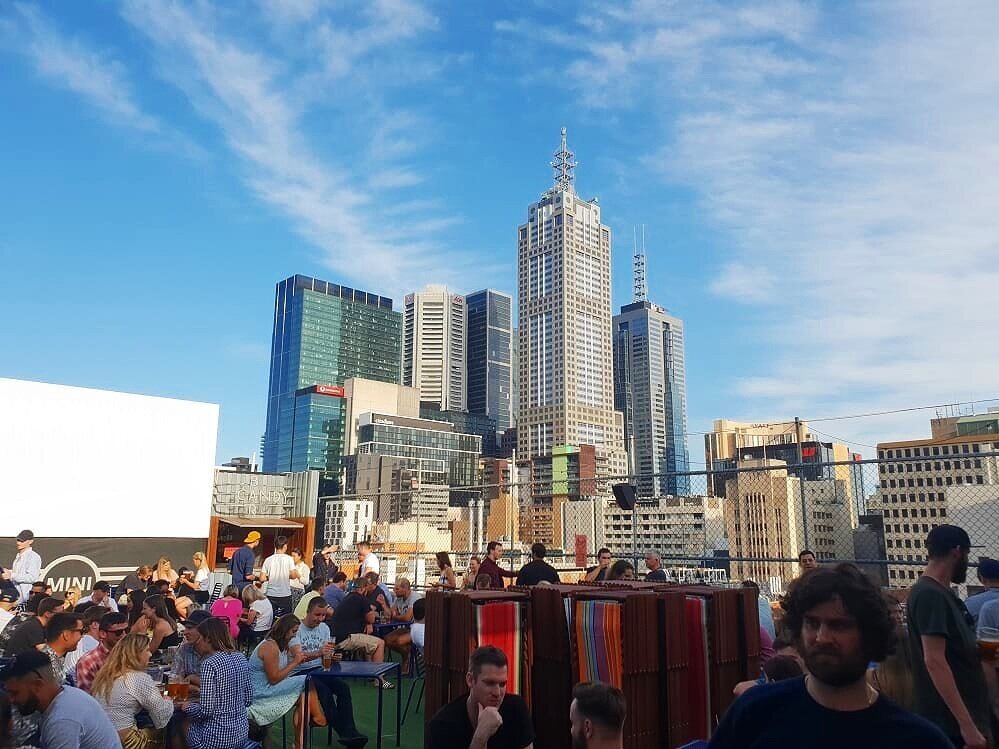 The Melbourne skyline, from one of its famous rooftop bars. While everyone – including me – espoused bohemian and anti-establishment principles while stood on this rooftop bar, rest assured that the cocktails and other drinks were all expensive. 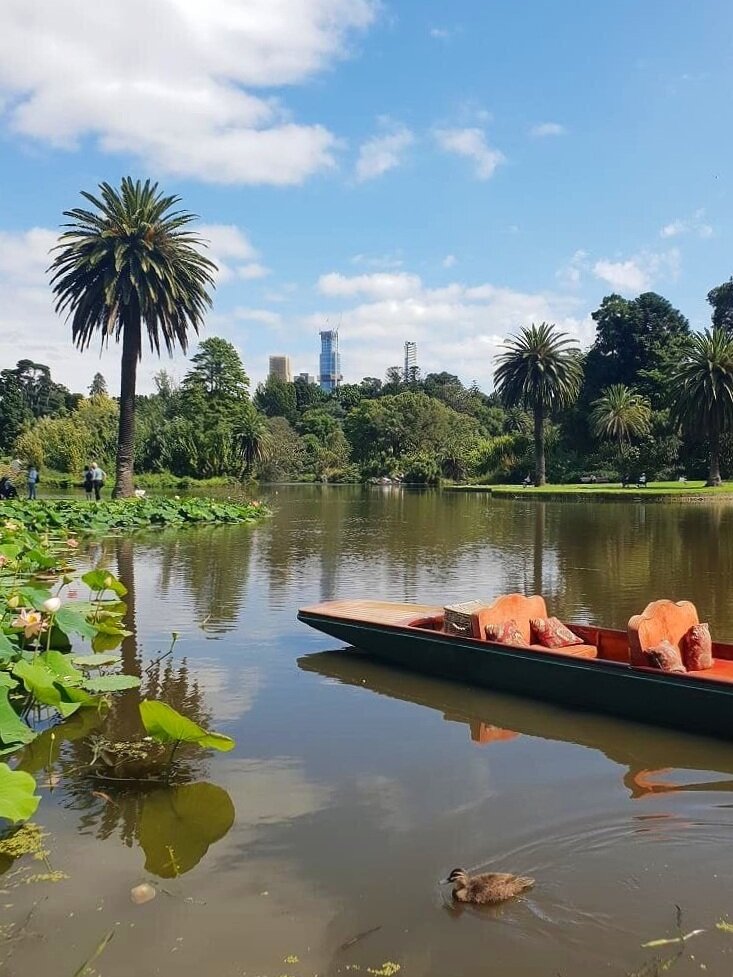 Melbourne seems like it’s been intentionally designed for millennials. Somewhat predictably, this is perhaps why I love it so much. Melbourne has the best coffee on Earth. You can eat street food from almost anywhere. There are no Sydney lockout laws here. The bars and clubs of Brunswick and Fitzroy are packed, trendy, and open late (even if I’m nowhere to be seen by the time clubs close these days). Add this to the fact that it’s the sporting capital of Australia. It has the Australian Open Tennis, the Melbourne Cricket Ground, and Formula One. What’s not to love? If you don’t like bars and sports, lots I suppose. 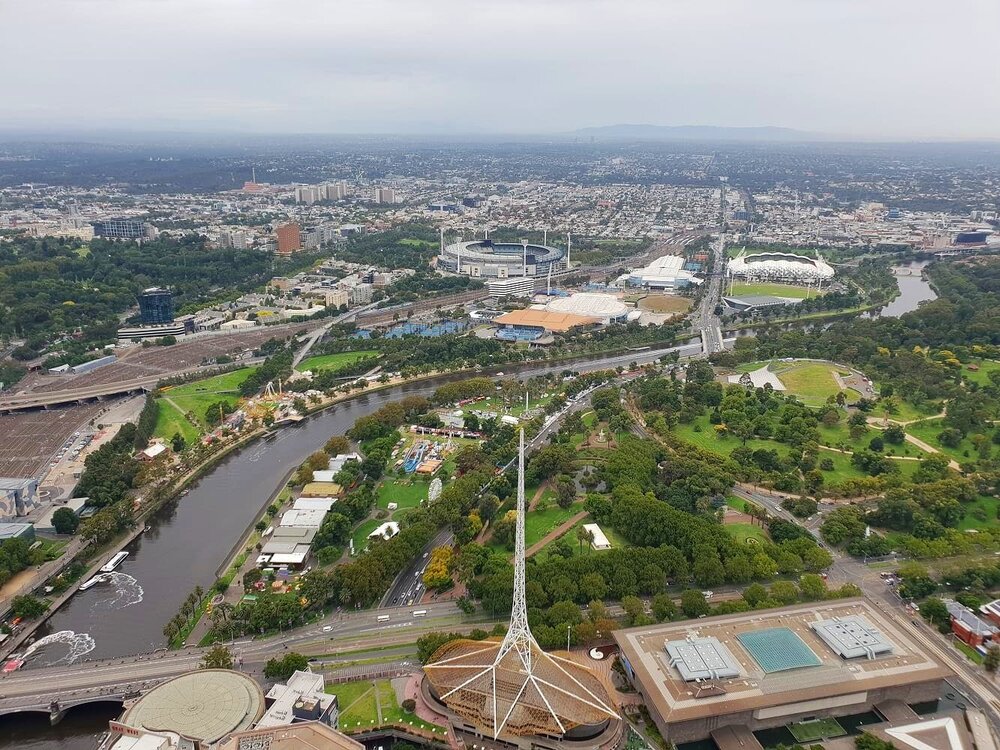 Lots of sport, all in one place. A dream or nightmare, depending on your outlook. 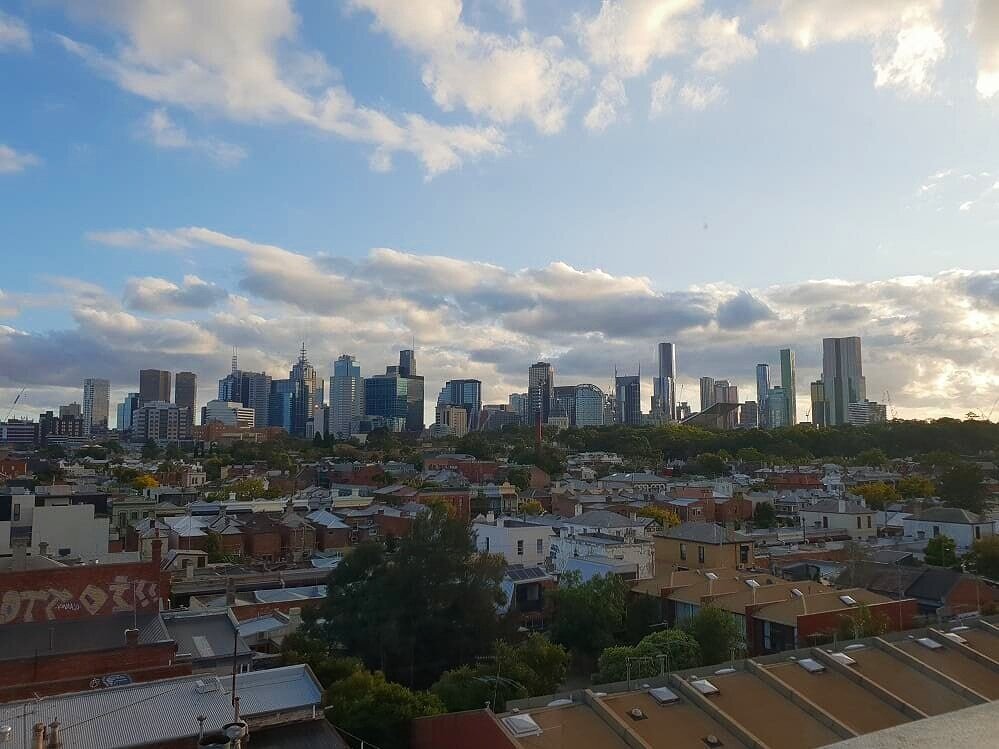 In my most recent visit to Melbourne in 2020, the skyline had grown exponentially since my prior stay in 2013.

5) Singapore – The World’s Only Urban Rainforest 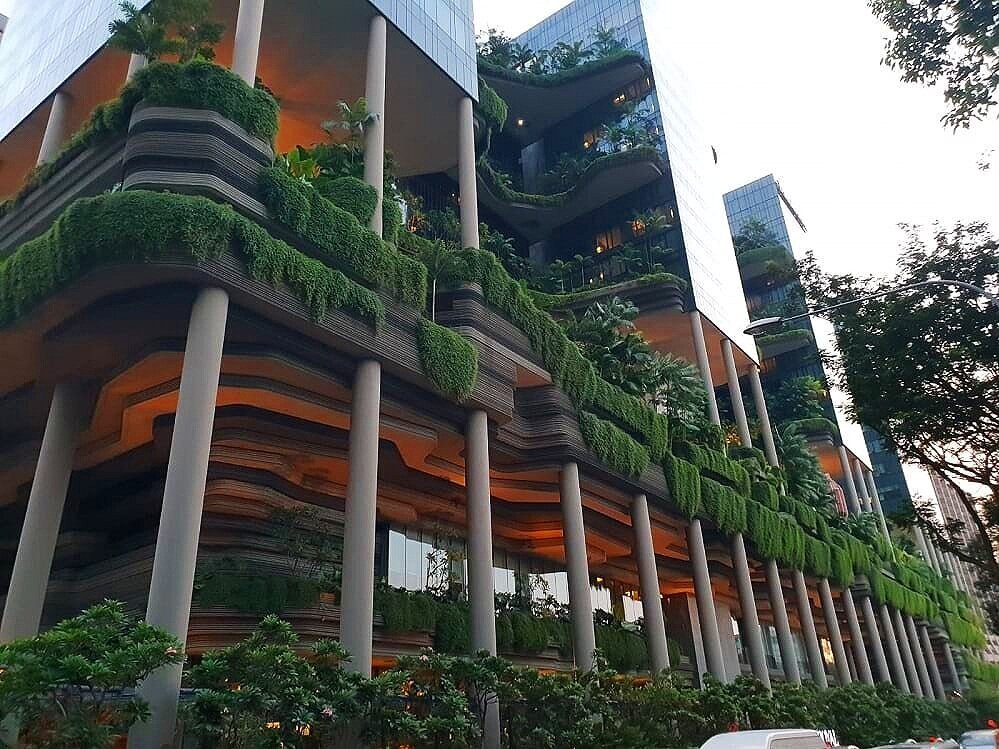 Living walls like these are commonplace all over Singapore.

This is perhaps a surprise inclusion, even to myself. Singapore’s reputation as being a bit too clean cut and dull remains fairly accurate. However, the city had transformed itself when I visited in 2019 from a previous stay a decade ago. This mainly reflects the ‘Garden City’s’ desire to be the greenest city in the world. Urban planners are weaving nature throughout the city. New developments must all include plant life, in the form of green roofs, vertical gardens, and living green walls. 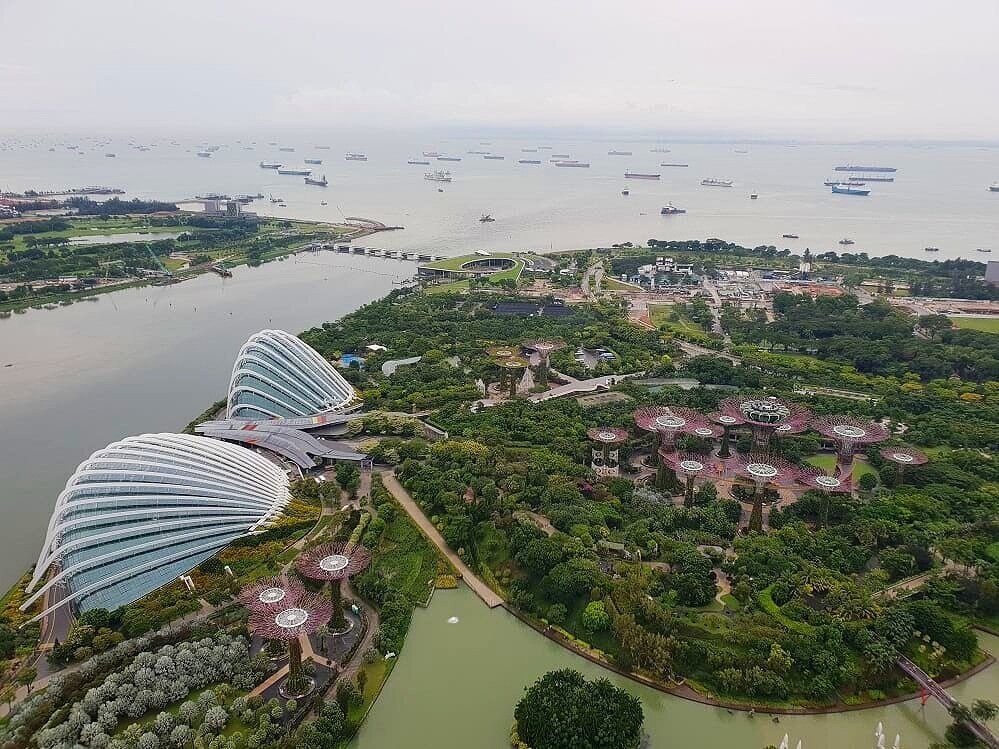 The Gardens by the Bay, Singapore. 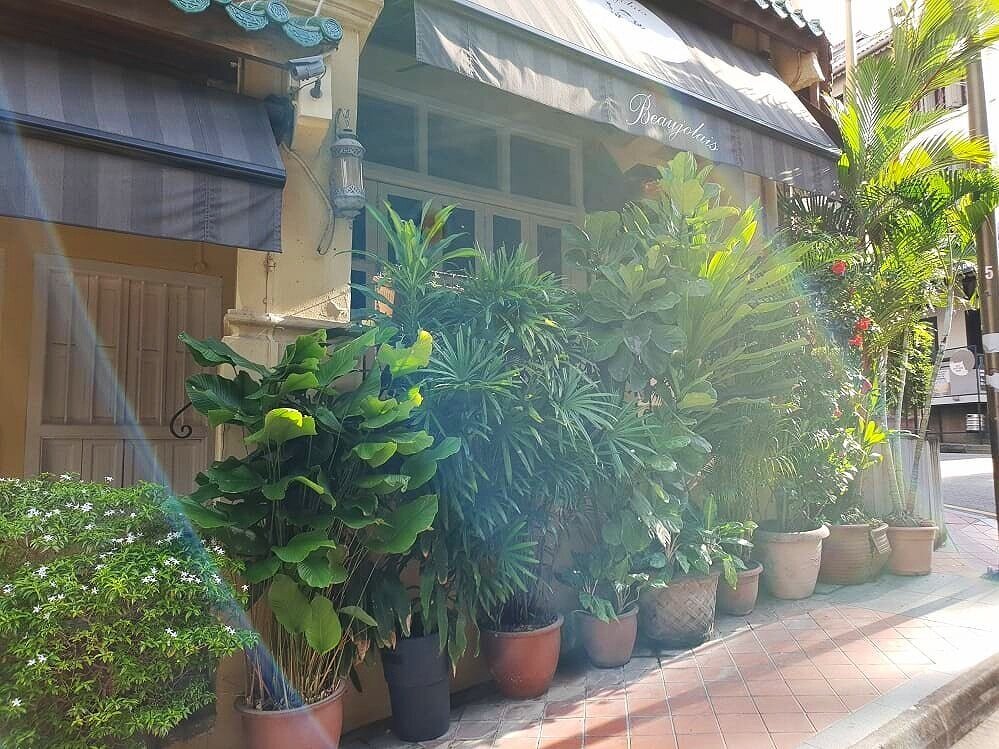 As someone who loves contemporary architecture and living walls, Singapore is a paradise to me. Already, parts of Singapore feel like you’re visiting botanical gardens, even though you’re surrounded by towering skyscrapers and busy highways. If you’ve ever watched a post-apocalyptic movie, where trees and grass have overrun a once bustling metropolis, this is not too far from what Singapore offers. I will visit again in the future, and I cannot wait to see how much greener the city will become. 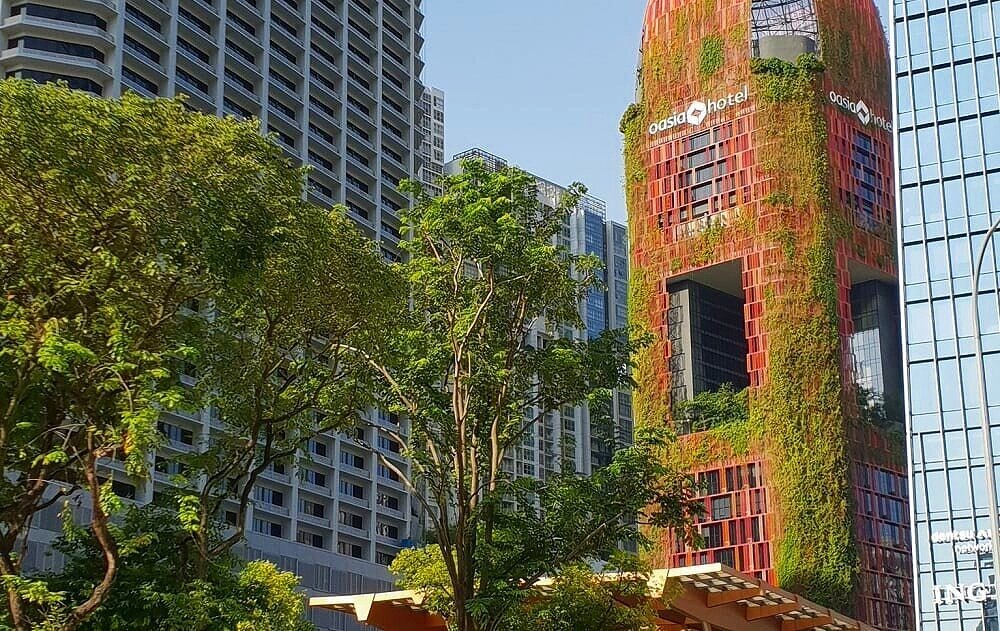 Singapore. Skyscrapers, concrete, and urban vegetation are three of my favourite things. It’s not surprising I like Singapore so much. 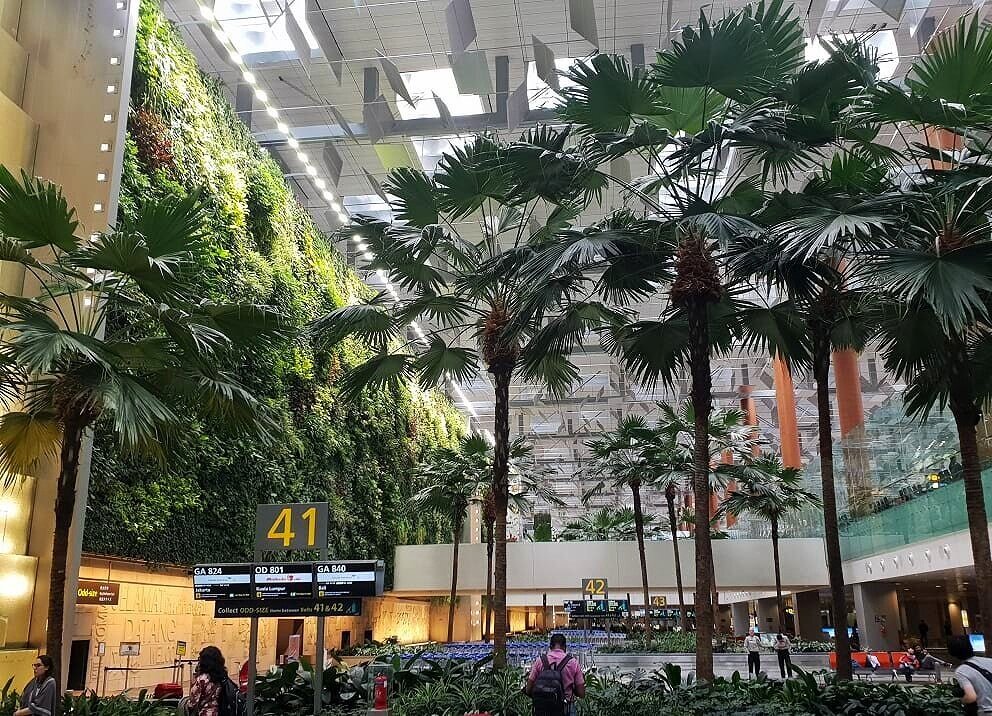 Even Singapore Changi Airport is green.