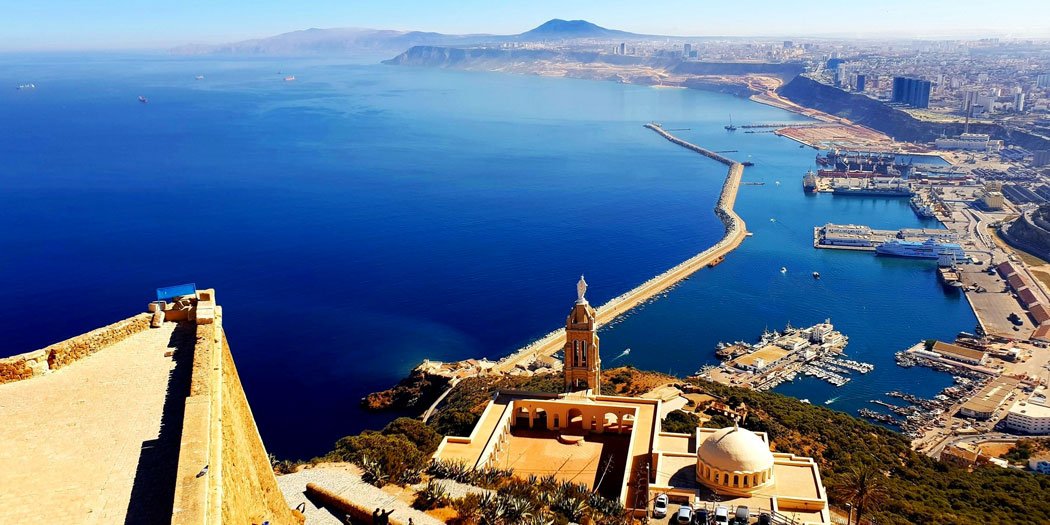 Country #134. Algeria is a hidden gem of a country. And hidden very close to Europe. A short two-hour hop from London transports you into a completely different culture and way of life. The main thing I will take away from my trip, aside from myself and my belongings, will be vivid memories of the deep blue Algerian skies. The bluest I’ve had the privilege to see perhaps. The skies are such a deep shade of blue, that unless I continue using the word “blue” as an adjective, I will struggle to convey its depth of colour. 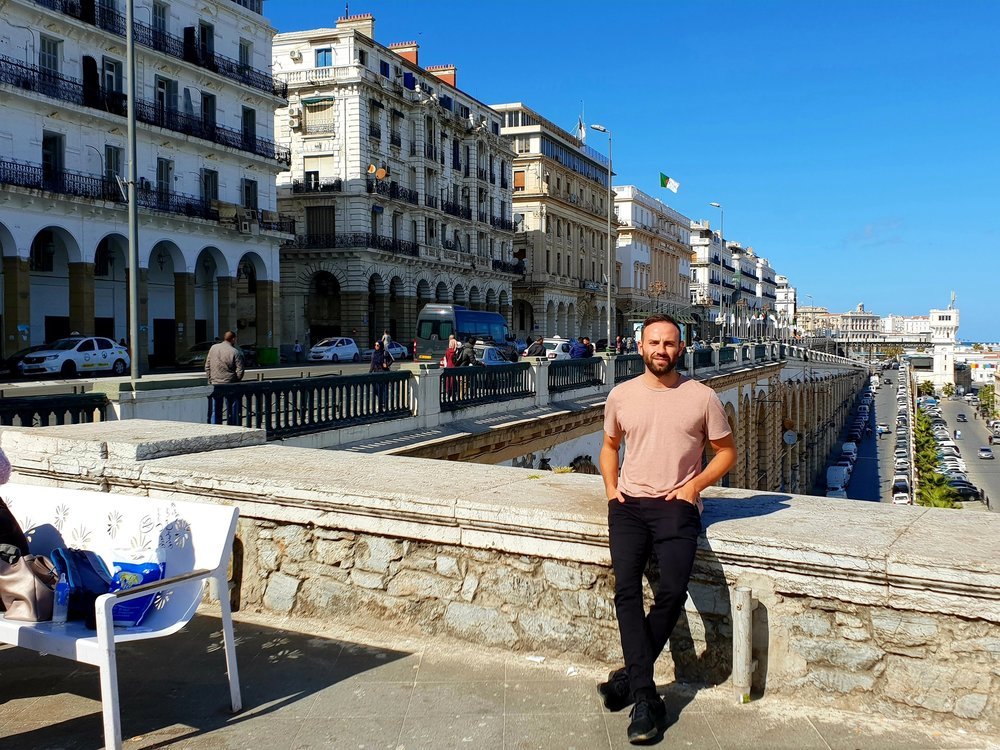 I often casually lean against walls like this, even if no-one is taking a picture.

I will also fondly remember the warmness of the Algerian people. Or, more accurately, their personalities. I didn’t make any physical contact with anyone. They are one of the friendliest groups of people I’ve ever encountered. My fantastic guides from Mosaic North Africa, Azzdiene and Mustafa, epitomised the friendliness of all who I met. This did not extend to border officials, however. On arriving, I was told not to post anything online after my trip. They suspected I was a journalist, covering the political unrest sweeping the country. But the trip was so compelling I felt I had to write something. And now I’m safely hidden behind a screen in London, I feel less intimidated than when I was being interrogated at the border. 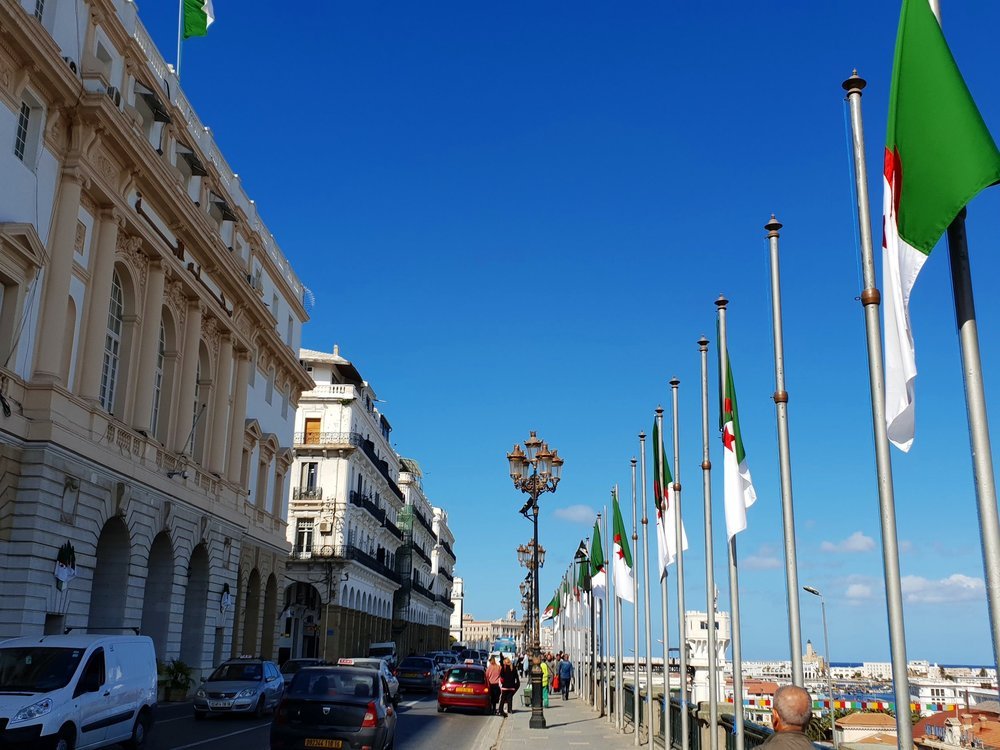 Boulevard Che Guevara, formerly known as Boulevard de la Republique. I think they were trying to make a point with the name once French colonisation ended.

Vacationing In A Protest

My Algerian jaunt happened to coincide with the largest protests held in Algeria for decades. That millions took to the streets and the protests remained completely peaceful, is testament to the Algerian people. Algerians had been protesting each Friday, for weeks, to call for an end to the 20-year term of President Abdelaziz Bouteflika. The president had angered protesters by seeking a fifth term as president. He is a sprightly 82, and has barely been seen in public since having a stroke in 2013. 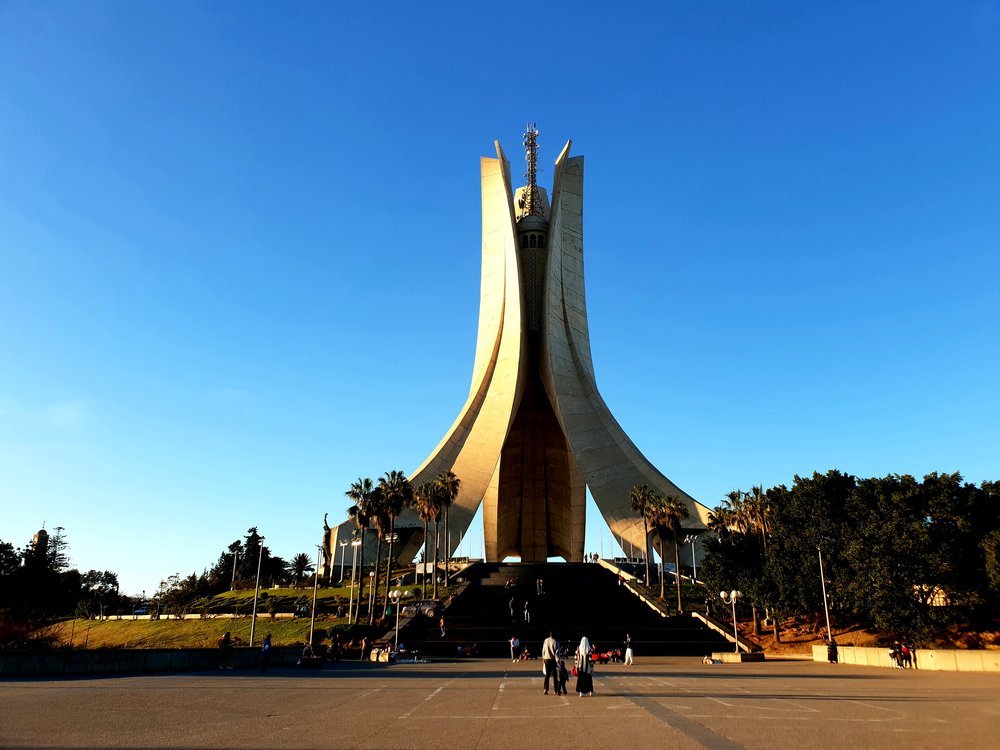 Being ruled by a leader who is allegedly unable to speak is a valid reason to be angry. But the protestors remained calm. They came wrapped in Algerian flags and singing songs. They were armed only with flowers, which many handed to the police. Many Algerians I spoke to took some delight in comparing the nature of these protests with the chaotic ‘Yellow Vest’ protests in France, Algeria’s old colonial masters. 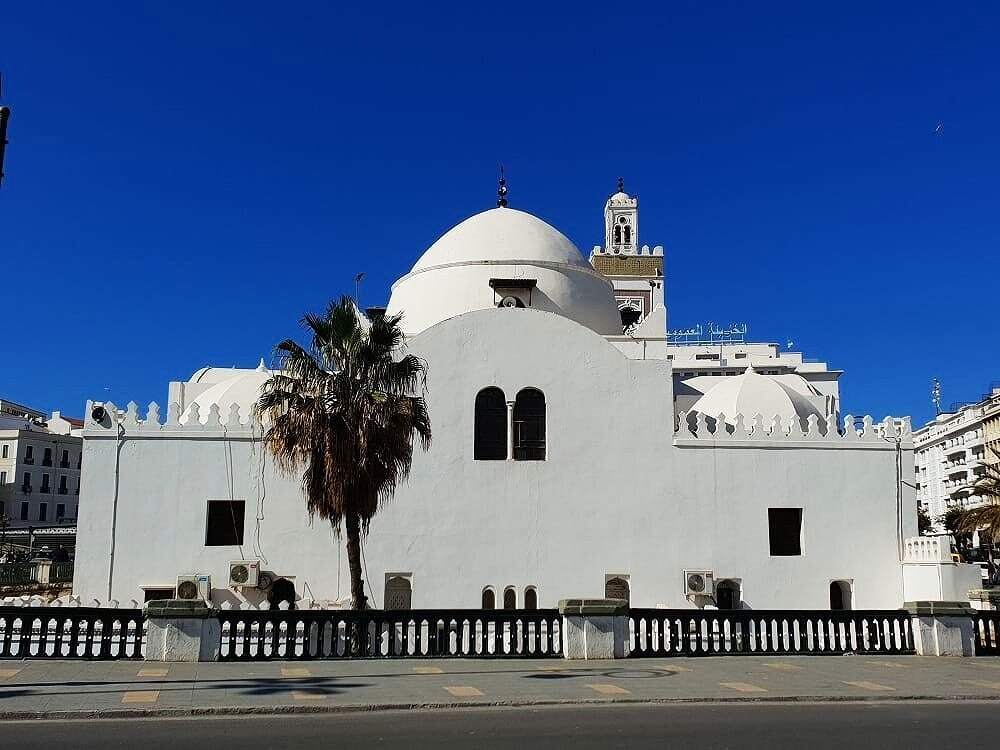 The influence of France is hard to ignore. Algiers, the inventively named capital, is testament to this. The so-called ‘White City’, not to be confused with its uninspiring namesake in North West London, is stunning. It has beautifully manicured French boulevards, lined with palm trees. At times, you feel transported to Southern France. Locals sip on espressos in packed cafés and rush around town with their baguettes in tow. Elderly gents play boules in park squares. 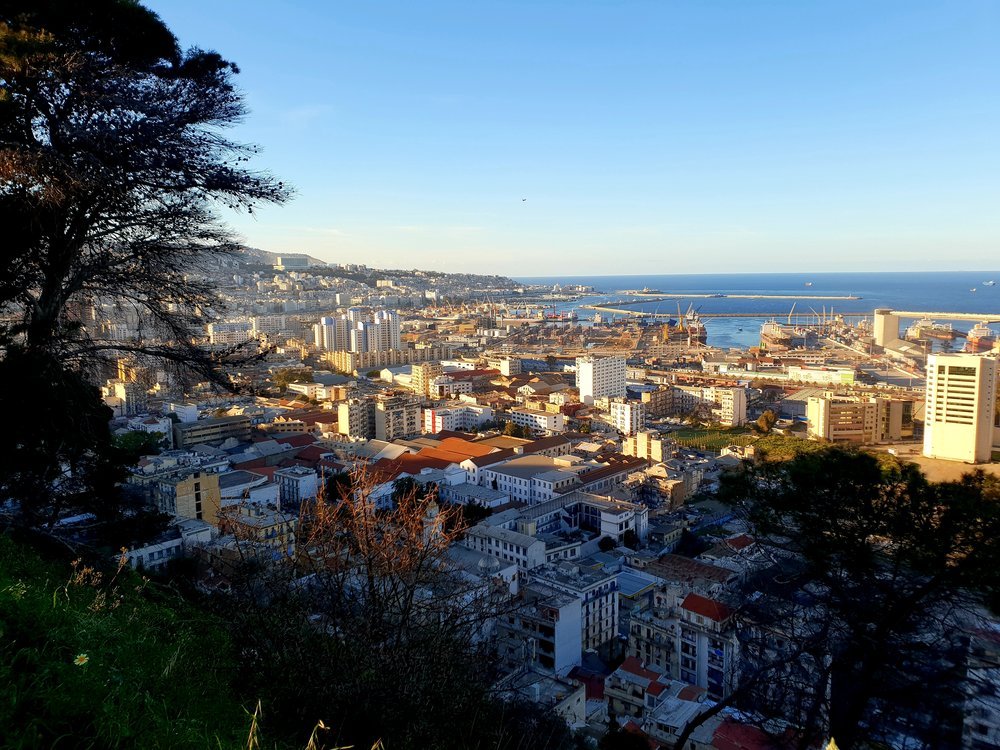 A panoramic view of Algiers.

But the charm of Algiers also lies in its diversity. Over 2,000 years the region has also been influenced by the Carthaginians, Romans, and Ottomans. (I also don’t know what or who the Carthaginians were.) The Turkish Kasbah, the French Notre Dame d’Afrique, and the Great Mosque of Algeria (the world’s third largest and with the tallest minaret) are testament to this melting pot of influences. Today, you are just as likely to be passed on the street by someone wearing a hijab, as you are by someone wearing western clothing while puffing on a cigarette. 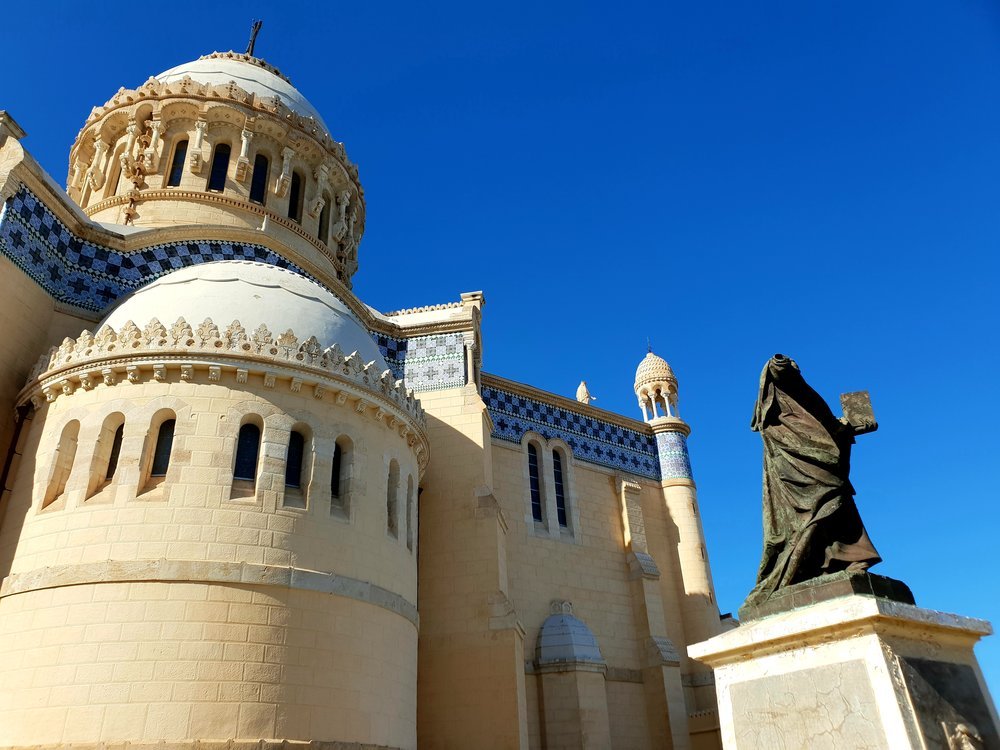 Notre Dame D’Afrique. Like the British and the Spanish, the French were equally uninventive when naming monuments or cities in the countries that they ruled over.

The stunning Great Mosque had just been finished. It’s one of the plethora of massive infrastructure projects being funded by China in Algeria, as well as every African country I’ve visited in the last few years. While the UK, the US, and the EU are respectively tearing themselves apart, China has been quietly positioning itself as the next global hegemon. It has been carrying favour all over Africa. A wise move, given that Africa’s population will almost double to around two billion by 2050. Were any east/west dispute to break out in the future, Africa will remain firmly on the side of the Chinese given their role in the region’s development. 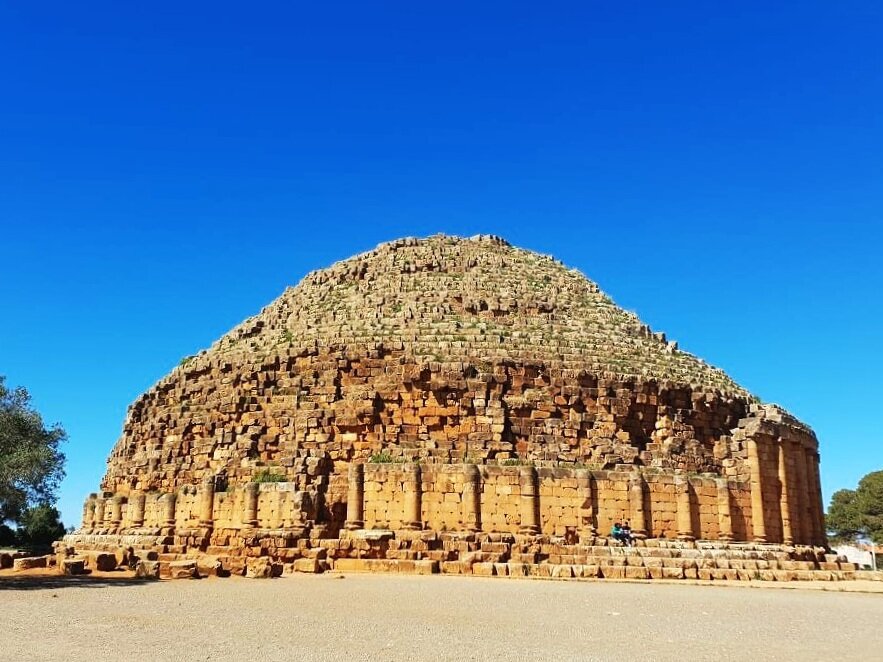 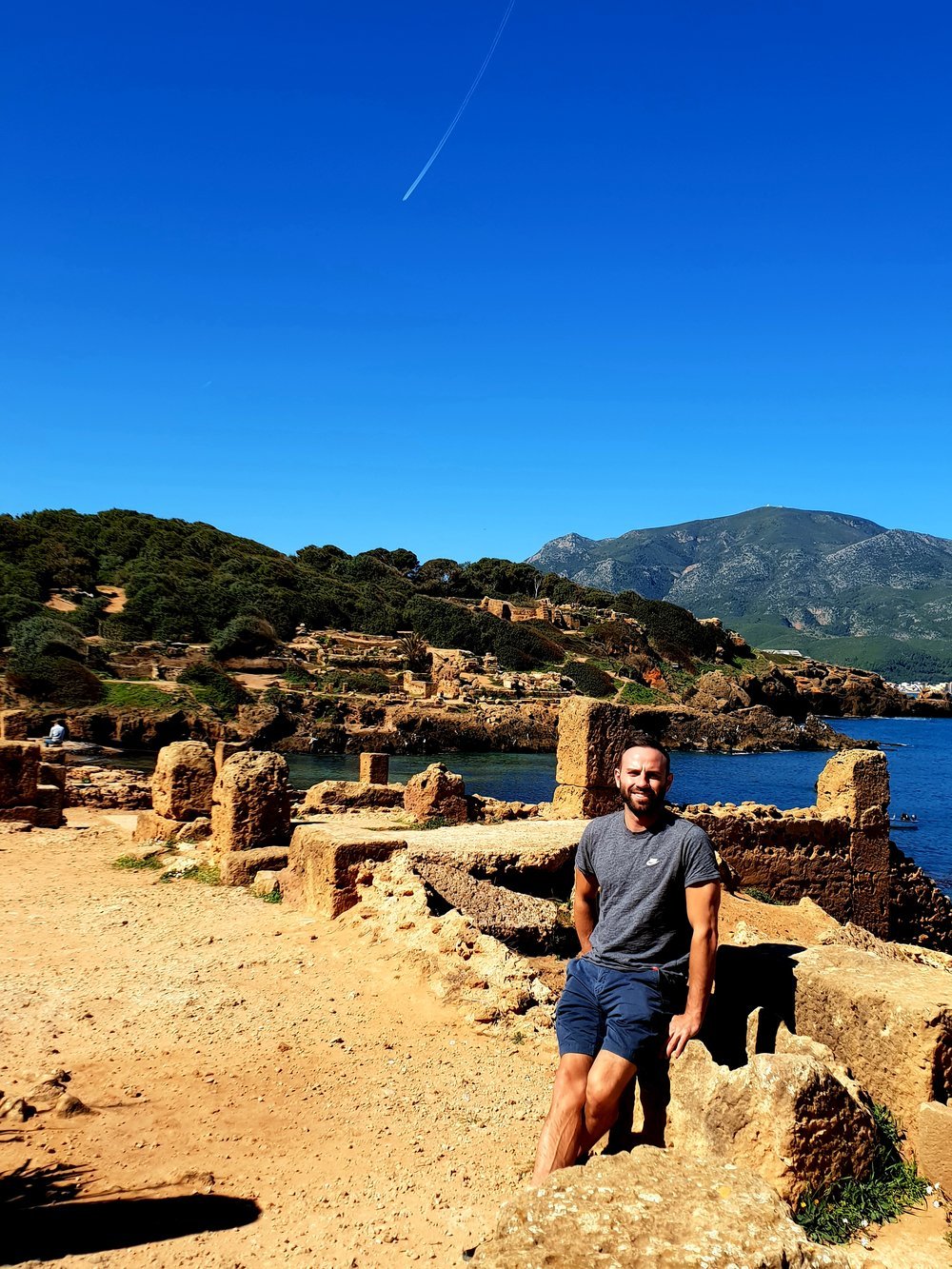 Casually leaning against another wall, in Tipaza.

A Trip Oran The Mediterranean Coast

Outside Algiers, the country also shines. I visited Roman ruins on the beautiful coastline setting of Tipaza. The setting had a special significance for me. Albert Camus, one of my favourite existentialist and absurdist philosophers, used to regularly sit here and ponder life as he sat by the deep blue Mediterranean. His strength, as with other existentialists, was in his ability to point out the underlying strangeness that lurks beneath even the most seemingly mundane daily activities. “At any street corner the feeling of absurdity can strike any man in the face,” he famously said. This most resonates with the concept of ‘work’, in my view. From an absurdist perspective, it looks like this: whenever the sun rises and it gets light, I get in an underground tunnel and travel to a large concrete box. Once there, I tap on a board of plastic, stare intensely at a light producing screen, and make agitated noises at other apes for 12 hours. When the sun rises again, I repeat this exercise. 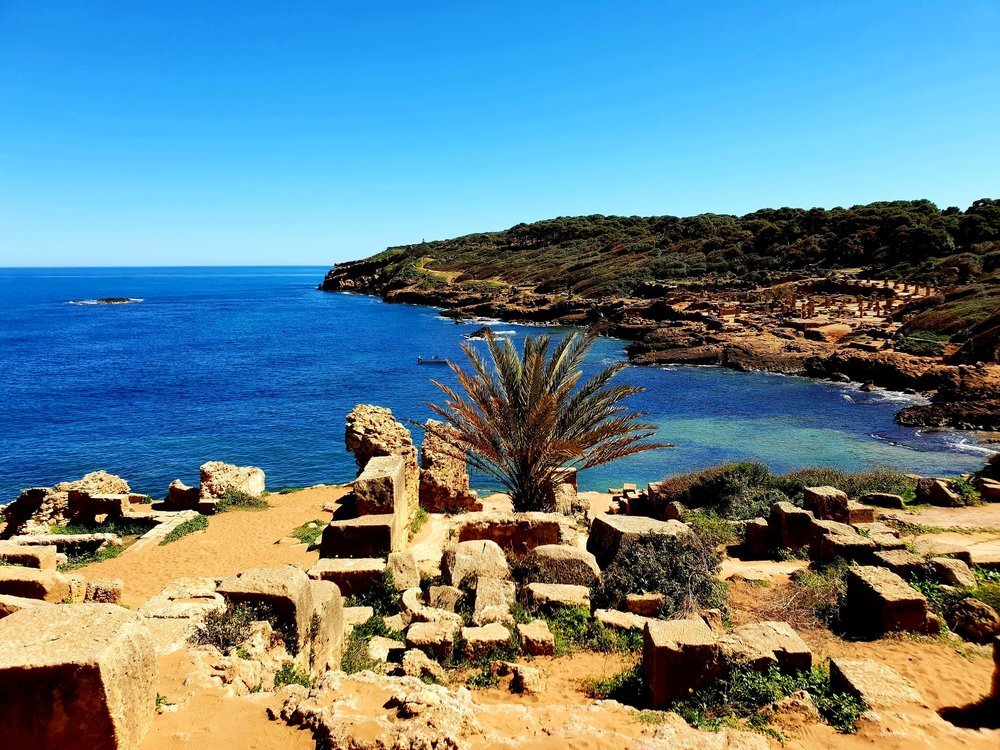 This is the spot where Albert Camus used to come to contemplate the absurdity of everyday life.

Oran was my next destination. This beautiful city swapped hands between the Ottomans and the Spanish from 1509 to 1831, before the French arrived. The Spanish influences are even more notable than in Algiers. The pièce de résistance was the Fort of Santa Cruz. The view from the top is absolutely stunning. I have never been anywhere where the sky has been such a deep shade of blue (see earlier colour noun/adjective conundrum). The small pocket of the protests I witnessed in the town appeared to be joyous occasions. Cars beeped their horns, with protesters jubilantly (and recklessly?) hanging out of car windows waving Algerian flags. 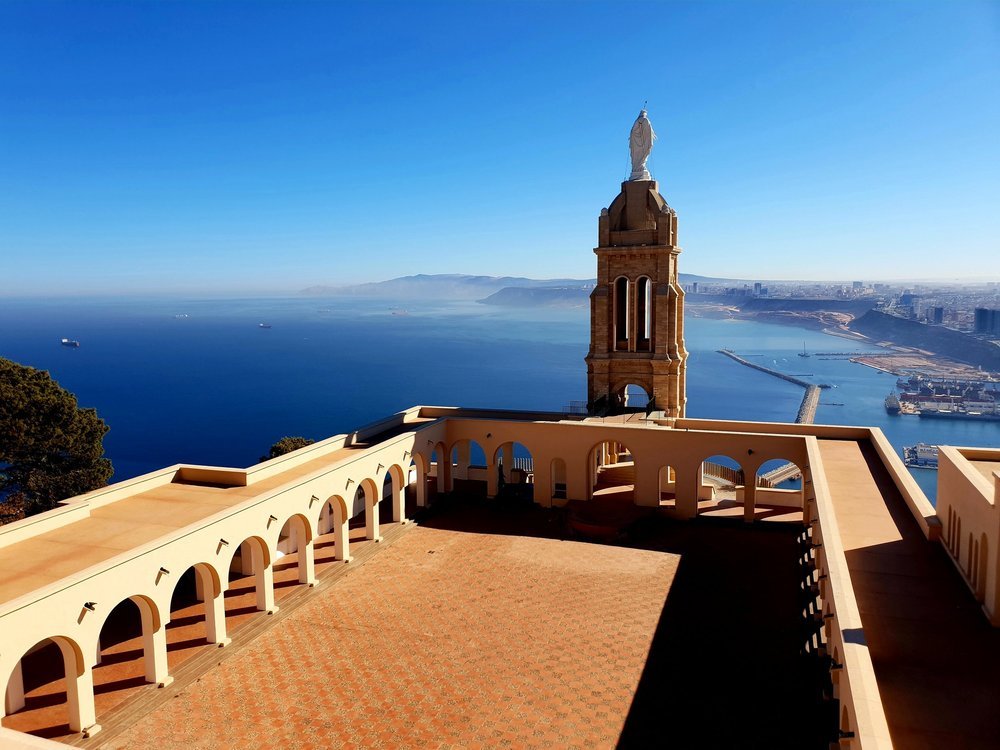 The stunning Fort of Santa Cruz, in Oran.

My time in Algeria was too short. I will be certain to return, heading east to Constantin and south to the Sahara. Although perhaps I will have less luck with the border officials this time, given my broken promise not to post anything on the internet or social media about my trip.